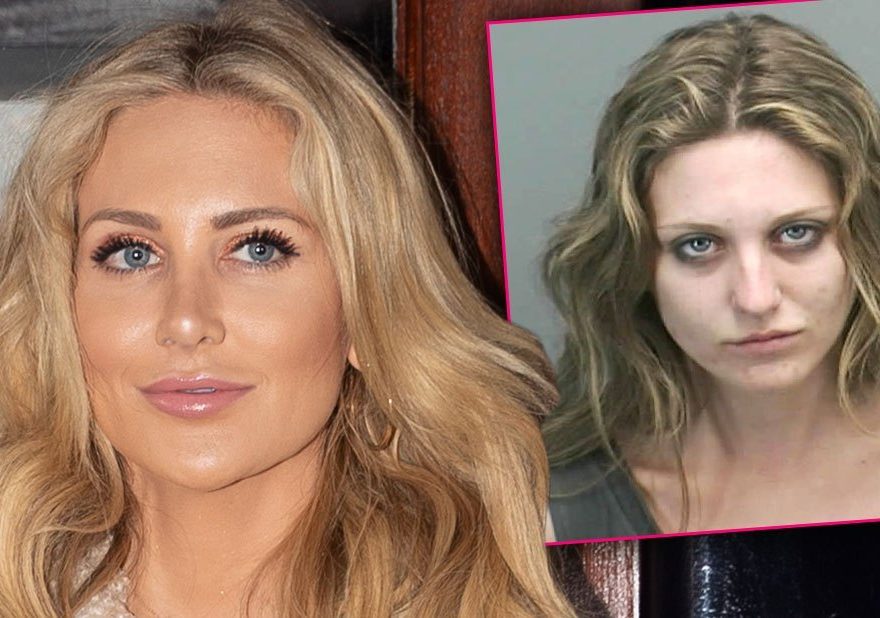 The Hills star Stephanie Pratt revealed she still struggles with depression after suffering a years-long addiction to meth as a teen, RadarOnline.com learned.

The former wild child opened up to Jason Wahler’s wife Ashley on the August 19 episode of MTV’s The Hills: New Beginnings, where she recalled her downward spiral at the age of 15.

“I do know that worthlessness feeling,” Stephanie, 33, revealed to Ashley, who clued Spencer Pratt’s younger sister in on Jason’s alcohol relapse last November.

“Saturday before Thanksgiving he had a slip,” Ashley told Stephanie. “I just felt bad for him because I love him so much, and to feel like you care about somebody so much and they feel so low about themselves sometimes.”

“I’ve had spouts of sobriety from drugs, and you’re just like, ‘I’m young, how is this my life?’” Stephanie responded.

As Radar readers know, Stephanie has been open before about her addiction to crystal meth. The blonde beauty overdosed more than once – and even admitted to smoking the drug during snack breaks while attending Santa Monica’s prestigious Crossroads School for Arts & Sciences.

In an uncovered 2015 interview with NEW magazine, Stephanie admitted to abusing the drug “probably 12 or 13 times a day.” The reality star was arrested in 2006 for the charges of promoting a dangerous drug and promoting a harmful drug. She also went to rehab for 30 days after she was booked for a DUI in 2009.

The former bad girl was also arrested in Hawaii years ago after attempting to steal $4,000 of designer clothing while high. Later, she admitted to developing bulimia as a teenager.

“When I got hooked on drugs when I was 15, I didn’t know anything,” Stephanie confided in Ashley on the current season of The Hills reboot. “I was so young and impressionable.”

“I was literally in this girl’s car and she pulled out this pipe, and I was like, ‘What is that?’ and she was like, ‘Oh, it’s speed.’ I tried it and that was it.”

As Radar readers know, Ashley’s husband Jason opened up on a previous episode about his relapse that occurred last November. Lauren Conrad’s ex said he was in a low place and purchased alcohol.

Today, Stephanie said she recalls her “couple” of overdoses as “horrifying.”

“I did it once and I was so addicted. That changed the course of my life entirely,” she said in a confessional.

While Stephanie appears to be fit and healthy today, she said her depression is still something she struggles with daily.

As Radar readers know, Stephanie’s drug hell was just one portion of the MTV star’s dramatic story line. She has been extremely vocal over the years about her estranged relationship with Spencer and Heidi Pratt.

Last month, Stephanie went on a nasty rant about her estranged brother and announced that she will not be returning to the second season of the MTV reboot.

“Spencer often screamed that everyone hates me, is fake nice to me and to go back to London because no one wants me here,” she wrote on Instagram on July 23. “Omg and Heidi- I have no words for how evil you truly are- you had no choice to admit all of the lies you’ve been spewing about me was for a magazine cover and for real WE ALL KNOW WHAT YOU DID 10 years ago. You awful human being- and to your BEST FRIEND? You are truly a hideous person. No wonder you don’t have 1 friend (your nanny doesn’t count- you pay her).”

Stephanie also revealed that she has fled California, and is now living in London again, where she has no “evil siblings.”

Meanwhile, Spencer and Heidi celebrated their 10-year anniversary on the current season of The Hills.

MTV has not yet confirmed whether or not Stephanie will actually return for season 2 of the show.

If you or someone you know is struggling with substance abuse, contact the Substance Abuse and Mental Health Services Administration (SAMHSA) National Helpline at 1-800-662-HELP (4357).