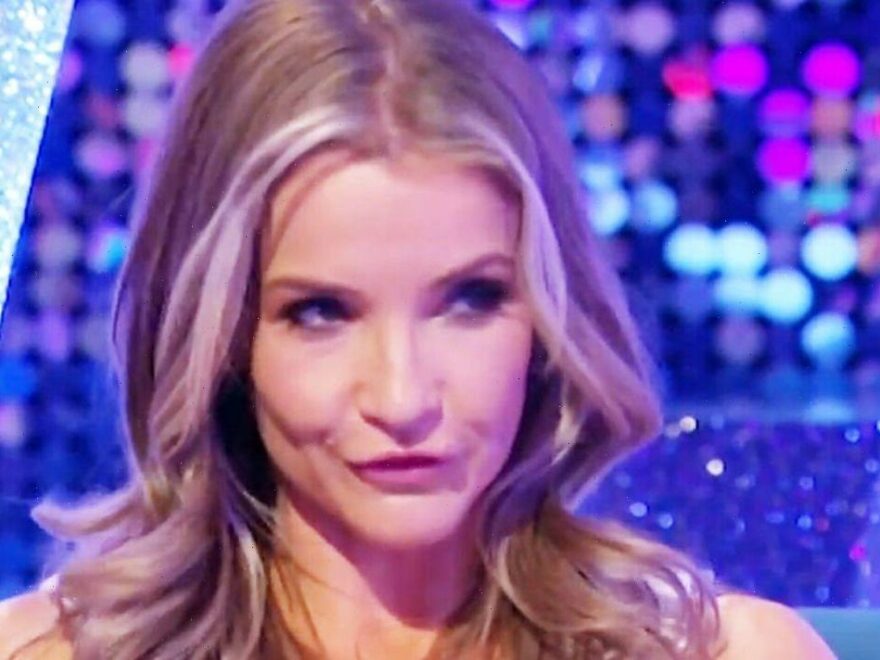 Helen Skelton, 39, has opened up about family changes as she spoke candidly about her life following her marriage split. The Strictly Come Dancing star and her three children – Ernie, 7, Louis, 5, and nine-month-old Elsie – are now living on the family farm in Cumbria.

The Countryfile presenter, who co-parents with her former husband Richie Myler – opened up about the decision in a new interview.

Helen confirmed she was now back with her mum and dad, who look after her children while she’s in London for work commitments, including Strictly where she is partnered with Gorka Marquez.

The on-screen presenter admitted she is used to moving around as the family often changed locations due to her ex-husband’s career as a rugby player.

The TV star previously lived in France and also in Spain for some time.

Helen admitted it can be “full on” but she has the support of her friends and family, who all “muck in” and help one another.

Speaking about moving back to her childhood Cumbrian village, she told the Telegraph: “You know how they say it takes a village?

“I think you don’t realise who your mates are and how much family you’ve got – and I didn’t. It’s little things like, my kids have ended up going to a school with one of my friend’s kids, and we all help each other out.”

Helen said she and her family were “really happy, and that’s all that really matters”, adding she had no intentions to find someone new.

The Strictly star was praised by her dance partner, Gorka, during Saturday night’s show for her tenacity and strength.

Gorka continued: “It doesn’t matter how many times I say it or the judges say it, or anyone says it, it’s only you that can make the change and the one who believes in you.

“You are an amazing woman, very inspirational, an amazing mum and an incredible dancer so believe in you please.”

This weekend, in celebration of BBC’s Centenary and her connection with the show, Helen and Gorka will be performing a Charleston to the Blue Peter theme song.

Elsewhere, her ex-husband Richie, 32, took to Instagram and shared a sweet family photo with his children.

The professional rugby league player enjoyed a day out with his mother, Margaret, and his and Helen’s three children, Ernie, Louis and Elsie.

In the first snap, Richie’s children could be seen seated in a sports stadium, while the second was a selfie with his two eldest sons.

He captioned the photo: “Grateful.”

Helen announced the former couple’s spilt back in April when she released a statement, confirming they have separated.