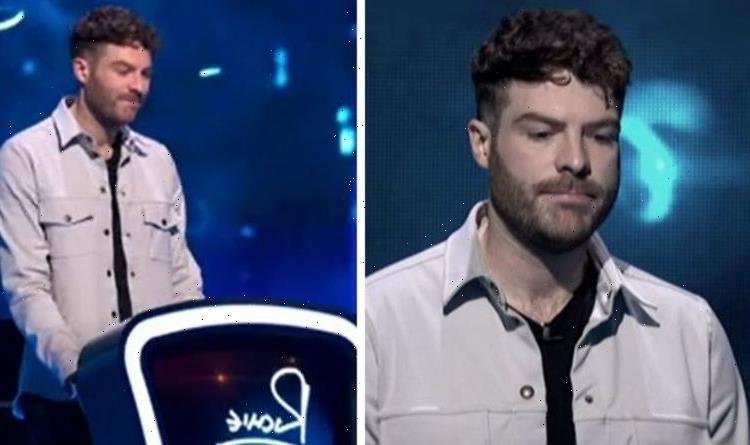 The Weakest Link: Jordan North says he ‘jinxed’ himself

A shame-faced Jordan North received a grilling from presenter Romesh Ranganathan, leading him to admit defeat with the words: “I am the weakest link and I am a fool”. Bowing out early meant the BBC Radio DJ and 2020 I’m A Celebrity… Get Me Out Of Here! runner-up was unable to donate the prize money he had hoped towards his chosen charity.

I am the weakest link and I am a fool!

Romesh had a lot to live up to as a host to outdo his acid-tongued predecessor Anne Robinson, but tonight he was ready for the challenge.

“Is there part of you that thinks maybe the brag was too much?” he sternly addressed Jordan after he received three votes, eliminating him from the competition.

When the 31-year-old agreed, he added: “Yeah, so you’ve learnt a lesson – a little bit of humility goes a long way.”

“I just want him to be able to take that away with him.”

Fellow contestant Richie clasped his hand over his mouth but was unable to stop laughing as he watched his teammate being lectured.

“Richie, show a little bit of sympathy!” Romesh joked, but he replied: “I’m not!”

“He doesn’t take anything away in terms of money for his chosen charity because he’s going out very early,” Romesh continued. “So Jordan, with three votes, you are the weakest link – goodbye!”

As he left, head down with his metaphorical tail between his legs, Jordan admitted: “I jinxed myself.

“I stupidly said before the round ‘I’ve not got a question wrong’.

“Then, of course, of course, you’re going to go into the next round and get ALL your questions wrong – I deserve to go.

“I am the weakest link and I am a fool.”

Jordan had previously made quite the opposite impression when he won over viewers of I’m A Celeb last year, who praised his kindness and charm on the show.

However, he did have another moment back then that he felt compelled to apologise for too – making cheeky comments about the manly figure of Tess Daly’s husband Vernon Kay.

Jordan had been on pump duty when it came to the contestants taking showers – and he provided the running water for Vernon to wash himself clean.

“Never all those years ago when I was watching T4 did I think I’d be pumping a shower for you,” he had told him at the time.

He then made some mischievous comments via the Bush Telegraph about the pleasures of his job.

“It was very satisfying. I’m not going to lie, the man’s in great shape,” he revealed candidly.

“Tess if you’re watching, it’s not what it seems.”

Meanwhile, for those wanting to relive his embarrassing moments on the New Year’s Day edition of The Weakest Link, which saw him compete on general knowledge skills alongside Pat Sharp, Grace Dent, Richie Anderson, Jenni Falconer, Roman Kemp, Mehreen Baig and Joanne McNally, it is available to stream on BBC iPlayer now.