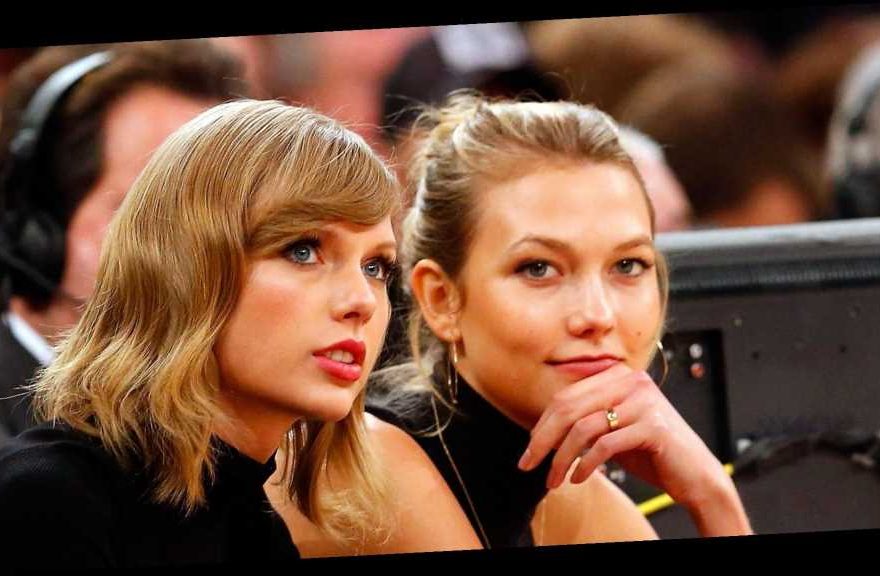 Another day, another Taylor Swift song filled with hidden messages — or so, at least fans think.

This week, the singer released two bonus tracks — "It's Time to Go" and "Right Where You Left Me" — on the deluxe version of Evermore, and, naturally, Swifties decoded the lyrics searching for clues. After a few listens, they were collectively convinced that both songs are about Swift's falling out with former best friend, Karlie Kloss. "When the words of a sister come back in whispers / That prove she was not in fact what she seemed / Not a twin from your dreams / She's a crook who was caught," Swift sings in the first verse of "It's Time to Go." Many believed this was a reference to how she and the supermodel were inseparable, before the rumored end of their friendship.

In the second song, "Right Where You Left Me," Taylor sings: "Friends break up, friends get married." You may remember that Karlie married Joshua Kushner back in 2018, and Swift was noticeably missing from the celebration. Neither Swift nor Kloss have confirmed the speculation, but people believe their alleged feud has something to do with Karlie being managed by Scooter Braun — the same man who bought and sold Taylor's masters, and was accused of "bullying" the songstress.

Swift, however, attempted to put the rumors to rest, offering a vague explanation about the new songs on Instagram.

"The evermore deluxe album with 2 bonus tracks 'right where you left me' and 'it's time to go' is now available!" she wrote. "The first is a song about a girl who stayed forever in the exact spot where her heart was broken, completely frozen in time. 'it's time to go' is about listening to your gut when it tells you to leave. How you always know before you know, you know?" Make of that what you will…