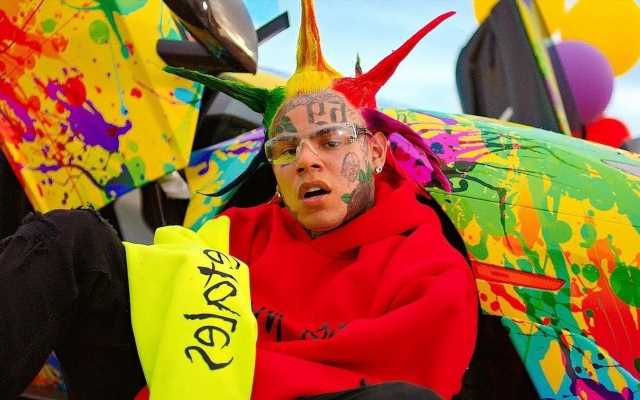 The security guard who works for the ‘Gummo’ hitmaker has been officially charged after chasing down a man and illegally confiscating his phone in New York.

AceShowbiz -Rapper Tekashi 6ix9ine appears to be in need of a new security team after five of his bodyguards were indicted on charges including robbery and false impersonation.

The security guards are accused of using flashing lights on their vehicles as they chased down a man in Harlem, New York last August (20) and cornered him after taking issue with the guy filming Tekashi on his cell phone.

According to authorities, the suspects illegally confiscated the victim’s phone and destroyed it, at one point allegedly threatening him with a stun gun, before speeding away as an unmarked police car arrived on the scene.

The five guards, including one retired New York Police Department detective, were indicted on Monday (19Jul21).

Tekashi, real name Daniel Hernandez, was not charged in the incident.

Announcing the indictments, Manhattan District Attorney Cyrus Vance, Jr. declared, “A celebrity entourage is not a police department, and Manhattan is not the Wild West.”

“As alleged, these highly-compensated vigilantes caravanned through the streets of Harlem with sirens flashing in order to track a man down and steal and break his phone.”

The former NYPD detective, identified as Daniel Laperuta, is additionally accused of lying to cops after apparently falsely claiming the man they had been chasing had threatened Tekashi’s security team with a gun.

He is said to have approached the victim with his hand on his holstered firearm, while a colleague pointed a stun gun at the man, reports The Associated Press.

Laperuta has pleaded not guilty to his charges, and his lawyer, Todd Cushner, added of the allegations, “For the most part, they’re unfounded.”

Tekashi’s representatives have yet to comment on the legal drama.

The “Fefe” star previously spent time behind bars for gang-related crimes, but walked free from the two-year sentence he received in December, 2019 last year (20).