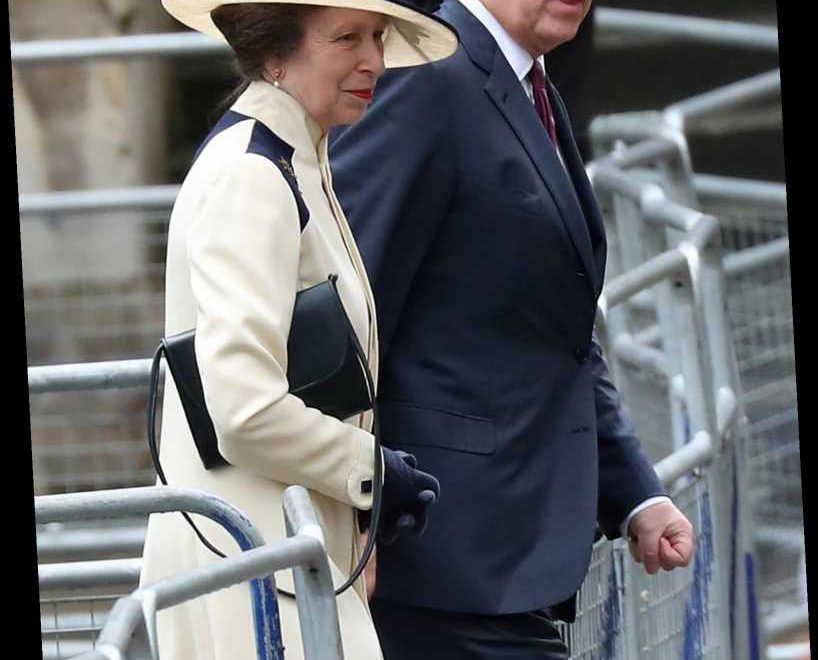 Until Prince Charles had children, his younger brother Prince Andrew was second in the line of succession to the British throne — despite having an older sister in Princess Anne.

Although Anne is Queen Elizabeth and Prince Philip's second child, both of her younger brothers — Prince Andrew and Prince Edward — jumped her in the line of succession. (A fact that is mentioned in the fourth season of The Crown.) However, Princess Charlotte maintained her place behind big brother Prince George despite having a younger brother in Prince Louis. Why is this?

Until 2013, older sisters in the royal family would be moved down a spot in the order of succession if their parents had a younger son — such as in Princess Anne's case.

Thanks to the Succession to the Crown Act 2013, birth order determines who will become the next king or queen of the U.K., regardless of being male or female. The legislation was passed while Kate Middleton and Prince William were expecting their first child. It affects all royals born after Oct. 28, 2011, and also removed the disqualification placed on those arising from marriage to a Roman Catholic. Prince Louis' birth in 2018 was historic because it marked the first time a female royal's spot in line to the throne was not bumped by the arrival of a younger brother. Other monarchies in Europe are also adopting the practice of absolute primogeniture, where the eldest child of the monarch becomes heir regardless of sex. In Sweden, Crown Princess Victoria became heir despite having a younger brother with a parliamentary change to the Swedish Act of Succession in 1980. Absolute primogeniture is currently in place in the Netherlands (since 1983), Norway (since 1990), Belgium (since 1991), Denmark (since 2009) and Luxembourg (since 2011). The British line of succession is about to change again. Queen Elizabeth's granddaughter Princess Eugenie is currently pregnant with her first child, who will become 11th in line to the throne.