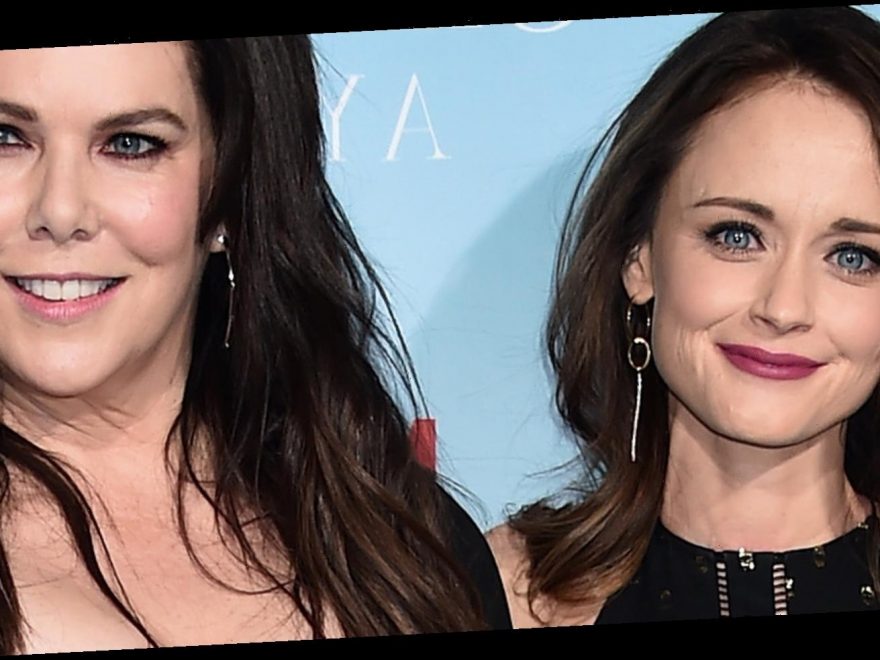 It’s been five years since the Gilmore girls came back into our lives with the miniseries Gilmore Girls: A Year in the Life. For many fans, the four-episode reboot was a much-needed revisit to Stars Hollow and all the characters you know and love from the original series, Gilmore Girls. You got to see Rory in her post-Yale life and whether or not Lorelai and Luke were still MFEO all on Netflix.

Nowadays, when a new show drops on a streaming platform, it doesn’t take long before spoilers are posted all over Twitter and Instagram. So, in an effort to prevent a major spoiler from happening, there was a video posted to the Gilmore Girls Twitter account featuring Rory and Lorelai — aka Alexis Bledel and Lauren Graham — begging fans not to spoil the last four words (via HelloGiggles). That’s because the last four words in A Year in the Life turned out to be the biggest reveal in the show’s history. If you haven’t seen the show yet, here’s a major spoiler warning alert.

At the end of the show, Rory tells her mother that she’s pregnant (via Huffington Post). Talk about “oy with the poodles already!” The jaw-dropping confession left the show on quite a cliffhanger considering it wasn’t clear who the father was, and it seems the show’s creators, Amy Sherman-Palladino and Dan Palladino, are keeping it a secret (via Cinema Blend).

In A Year in the Life, Rory’s old boyfriends, Jess and Logan, come back for quick cameos, but she’s not in a relationship with either of them. Instead, for most of the miniseries, Rory is linked to a boyfriend named Paul who she even keeps forgetting about (via Showbiz Cheat Sheet). But since Rory is having an affair with Logan, he could be the father. Not to mention there is also Rory’s one-night stand with a Wookie in the “Spring” episode (via Vulture). So, really, the mystery gets bigger and bigger.

While some fans are really hoping it’s Logan to mimic Lorelai’s relationship with Christopher, there’s no way to know for sure. There are only a few people who know the true answer, and that’s the show’s creators and Logan himself, actor Matt Czuchry. According to E!, Czuchry revealed that he was told the identity of Rory’s baby daddy, and that he could tell anyone he wanted. Unfortunately, the Gilmore Girls actor has chosen to keep it a secret all these years because he believes “That’s for them to say.” The “them” he’s referring to are Amy, Dan, Alexis, and Lauren. So, until one of them spills the beans, it’s likely we’ll never know.