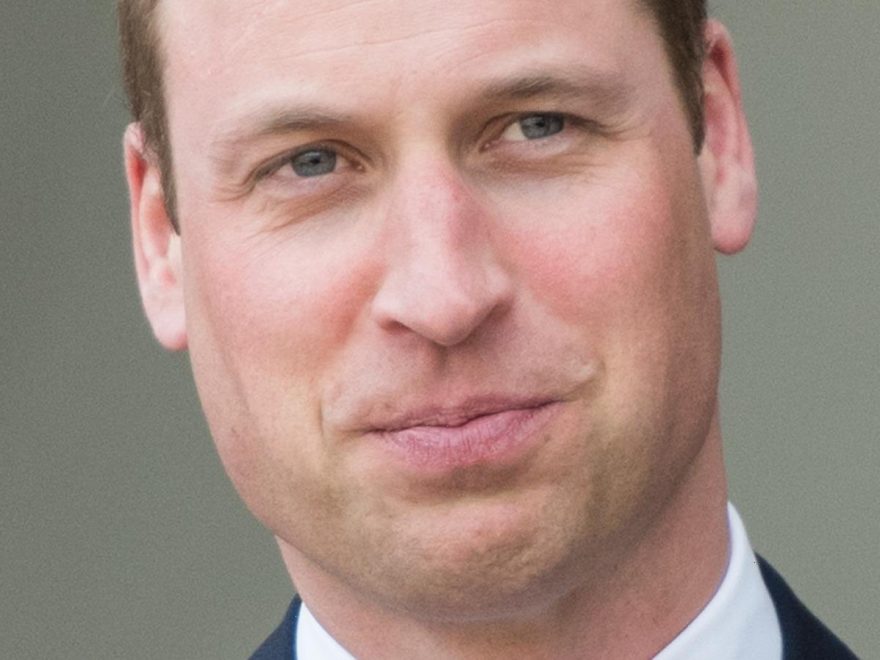 When Prince William and Kate Middleton share photos of their children, it makes instant headlines, as followers of the royal couple are always eager to gobble up any glimpses into their personal lives. In September 2019, William and Kate commemorated Prince George and Princess Charlotte going back to school with an adorable snap that was shared on the official Twitter account of the Duke and Duchess of Cambridge. Young Charlotte wore a button-up, dark blue sweater over a collared shirt as she hugged her older brother, who wore a V-neck sweater. The two sported uniforms from the Thomas’s Battersea school, and the occasion was especially notable for Charlotte as it was her first day at school with her brother, per Forbes.

Fraternizing with schoolmates has its inherent difficulties when growing up royal. As a result, George and Charlotte have developed a special bond. “Playdates [with outsiders] can be tricky, so they learn to lean on each other,” a source told People in 2019. Despite being a prince, George was able to get acclimated at school and live a relatively normal school life. “George is really happy at school, [and] his nickname is P.G.,” a parent of George’s classmate told Vanity Fair in 2019. “He’s very popular and has lots of friends, and there’s very little fuss made about who he is,” the parent added.

Although they did so in the past, William and Kate had a change of heart about sharing snaps with the public this year. Keep reading to find out why. 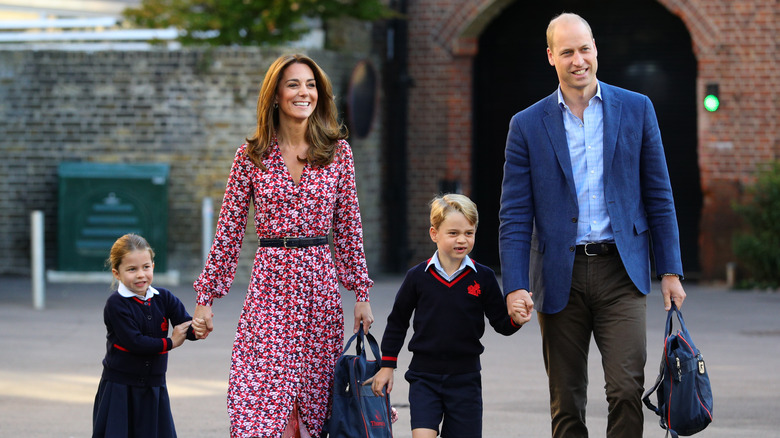 In April, Prince William and Kate Middleton shared an adorable photo of their youngest son, Prince Louis, smiling as he sat on a training bike sporting his school uniform. “Three tomorrow! Taken earlier this week by The Duchess before he left for his first day of nursery,” their official Twitter account wrote. Fans had hoped to get more back-to-school pics in the fall when Prince George and Princess Charlotte returned to class, but that was not the case. According to People, in order to maintain a semblance of privacy for their children, William and Kate made the conscious decision to post less school-related content. “The couple has always made a point of treating school as a private area, so that their children can grow up in as pressure-free an atmosphere as possible,” the outlet wrote.

Additional steps were taken in hopes of providing a level of normalcy to their children’s academic experience. Both George and Charlotte were enrolled at Thomas’s Battersea under different names instead of their official titles, per Mirror UK. Instead of using Charlotte Elizabeth Diana, or Her Royal Highness Princess Charlotte of Cambridge, their daughter was enrolled under the name Charlotte Cambridge. Similarly, George was enrolled as George Cambridge in place of His Royal Highness Prince George of Cambridge. “This is something Kate and William will fully support, as they’re said to desperately want their kids to have as ‘normal’ a childhood as possible,” a source explained.