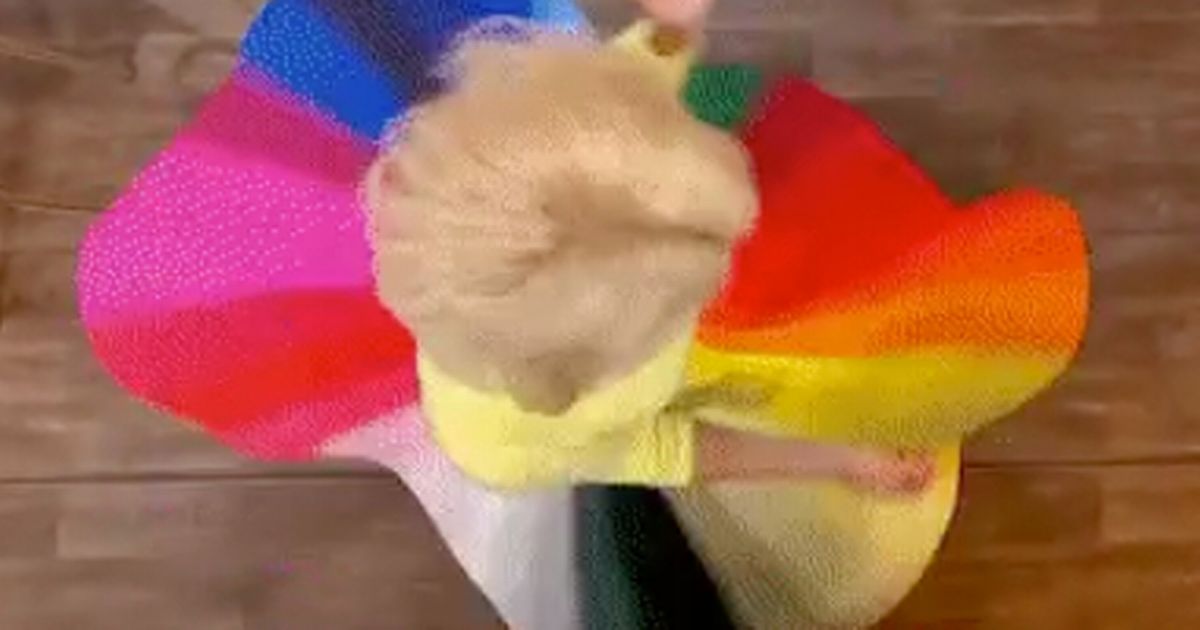 Holly Willoughby sent This Morning fans wild this morning with her rainbow coloured skirt in honour of Pride month.

The much-loved presenter took to Instagram to twirl in the colourful Kitty Joseph number, sending her followers into a frenzy.

She paired the stunning celebratory skirt with a yellow cashmere jumper from Pure and simple nude court heels.

Her post was also captioned with dozens of rainbows and pride flags as the presenter declared her support for Pride.

Followers immediately flooded her feed with compliments, with many cheekily comparing her “technicolour dream skirt” to the famous technicolour dreamcoat once worn by her co-host Philip Schofield for his role as Joseph.

While many fans set out to track down the skirt for themselves, a number were slightly put off by the £355 price tag.

Twitters users also commented on Holly’s “sensational” look, with many describing it as her “wow moment”.

Holly’s skirt was the main focus of This Morning’s opening credits, which saw the star twirl until she became dizzy and fell to the floor in a heap.

The mum of three continued to delight with her rainbow twirls as she and co-host Phil announced the programme’s line-up for the day.

London will celebrate Pride on Saturday July 6 with a parade at midday followed by a host of events in the capital, with more than one million people expected.

The Pride in London parade will set off from Portland Place, Marylebone at midday and will pass through Oxford Circus, Regent Street, Piccadilly Circus, Lower Regent Street, Pall Mall and Trafalgar Square, before ending at Whitehall.

Saturday's celebrations will continue well into the evening, with live entertainment on several stages along the route.

In Leicester Square, performers will be on stage in the Woman's Area from 12.35pm until 7.45pm.

Performances on the Cabaret Stage on Dean Street will be held from 12.05pm until 7.40pm, while entertainment on the Trafalgar Square stage will commence at 11.45am and end at 8pm.