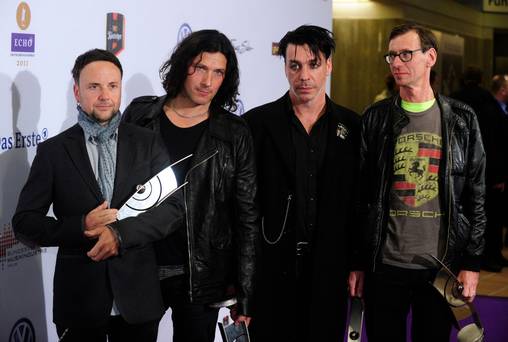 Aiken Promotions is urging fans to be vigilant when buying gig tickets online.

The Irish promoters, who handle some of the biggest shows in the country including the Live at the Marquee concerts over the summer, have issued a statement cautioning fans about purchasiing tickets for the upcoming Rammstein gig from secondary sites.

The official ticket sale begins on Friday, July 5, for the concert at Boucher Playing Fields in Belfast on June 17 next year.

However, there are already tickets listed for sale on secondary websites.  Secondary sites such as Viagogo and StubHub offer users the opportunity to resell tickets for more than their face value.  The ticket prices are set by the sellers and not the sites themselves.

In their statement, issued today, Aiken Promotions writes, “If you google ‘Rammstein Belfast’ the first site that comes up is Viagogo, which is currently listing for sale over 100 tickets for the gig.

“Tickets on secondary sites are being listed at highly inflated prices and it is very likely that these tickets may not even exist.”

The promoters caution that “ANY ticket vendors offering Rammstein tickets for sale ahead of general release tomorrow are NOT AUTHORISED.”

Ticketmaster is the “only authorised local seller for the Belfast concert” and the promoter is encouraging fans to buy only from the offiicial seller, which may be listed lower down than secondary sites on the first page of a Google search.

“We would like to remind customers that when searching online for gig tickets to please be aware that the first option showing on search engines may not be the official ticketing website,” adds Aiken.

“We strongly urge customers NOT to purchase tickets from any secondary sellers/sites.”

Viagogo issued the following statement to Independent.ie about the Rammstein’s tickets for sale via the website:

“Tickets are listed on Viagogo as soon as the seller uploads them because we are committed to ensuring that everyone has access to tickets.

“Please note, the fan presale for Rammstein’s Belfast performance took place yesterday, hence why there are tickets on sale on Viagogo.

“Customers can be assured that all tickets on Viagogo are valid.”

The legislation makes it an offence to sell or offer to sell a ticket or publish an ad “for a price in excess of the price officially designated”.

However, last month Viagogo global chief executive Cris Miller told the Sunday Independent that the company has begun a process of lobbying Irish politicians to ‘educate’ them on how it operates.

“It’s a new industry and we have put a lot of safety and security around it but the resale market itself has existed as long as live events,” he said.

“It’s an emotional product. People have a real affinity to these live events and the vast majority – 99pc – of transactions take place without a hitch.”