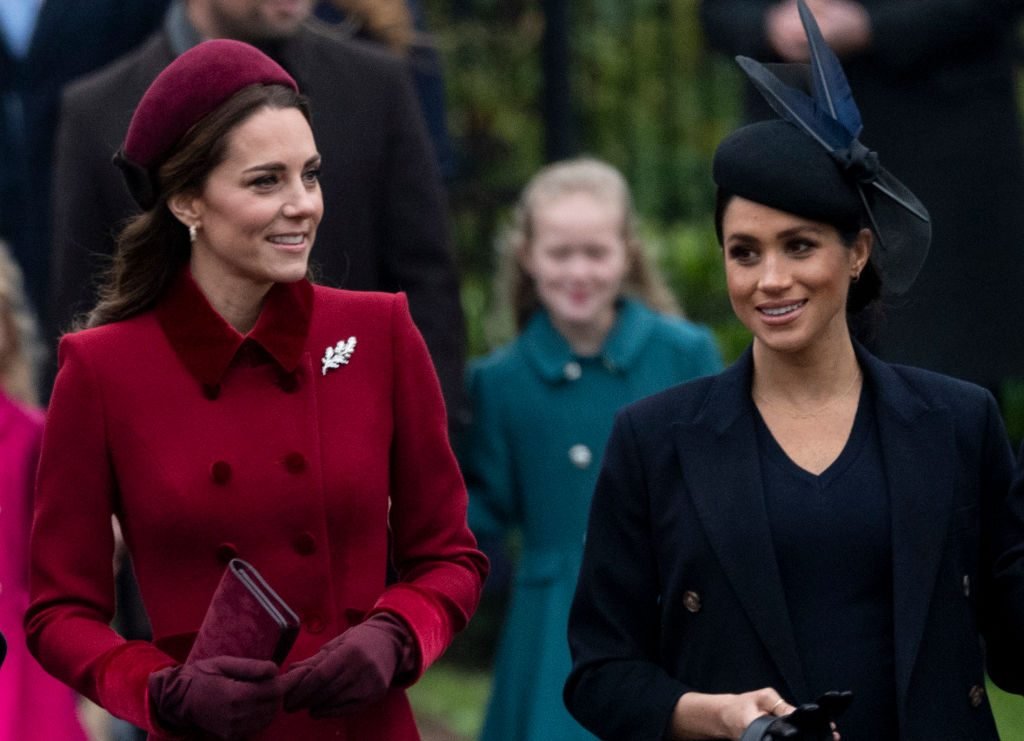 It seems like since the first time Prince Harry introduced the world to Meghan Markle as his girlfriend, there have been rumors that Kate Middleton and Markle do not get along. Some of the rumors seem to be far-fetched and don’t hold an ounce of truth. However, speculations of minor disagreements between the two duchesses do sometimes seem plausible. The latter definitely seems true now that Markle and Prince Harry have decided to split away from Prince William and Middleton’s charity in order to create a charity of their own.

So, could Markle and Middleton’s long-running feud be the reason that Harry no longer wants to work with his brother and sister-in-law? Here is what we know.

Since Prince Harry and Markle announced their engagement, there has been a new rumor about Middleton and Markle’s “feud” almost on a monthly basis. According to various tabloids, the two women argue over everything from bridesmaids dresses at Markle’s wedding to Markle stealing the spotlight from Middleton. So, is there actually any truth to any of the rumors? According to a royal expert, Katie Nicholl, probably not.

Nicholl told Glamour that the rumors may be born from some truth, but that the actual situation has either been taken out of context or exaggerated entirely. “I’ve never heard from my sources that there has ever been a feud or falling-out,” Nicholl said. “I had heard about an upset over a dress fitting for Princess Charlotte. And I had heard that while Harry was very keen on for the two of them to become best friends, there was never that sort of friendship.”

Nicholl had then gone on to say that while there may not be an all-out feud between the two duchesses, there is definitely a little bit of tension in their relationship.

Shortly before the arrival of Markle and Prince Harry’s son, Archie, it was announced that the two would be moving out of Kensington Palace and into their own home just down the road at Frogmore Cottage. Kensington Palace had released a statement on the matter which said that Prince Harry and Markle would be moving out with the blessing of the queen and the Prince of Wales.

Around the same time, Prince Harry and Markle also separated themselves from Prince William and Middleton’s social media pages and created their own Instagram account. Many people believed that this was just further proof that there was some definite strain in Markle and Middleton’s relationship but royal experts suggested that Prince Harry and Markle’s decision to create their own home and social media presence was just a way for them to step out of the shadows of Prince William and branch out on their own.

Did Meghan Markle and Kate Middleton’s “tension” cause a divide in their charity work?

About a month ago, it was announced that Duke and Duchess of Sussex would be breaking away from Prince William and Middleton’s charity: The Royal Foundation. Prince Harry and Markle will start their own charity. Kensington Palace released a statement that suggested that this was a natural progression for the charity and that The Royal Foundation would be giving Prince Harry and Markle’s new charity “transitional operation support.”

A royal insider had told US Weekly that Markle and Middleton had different views on how to handle the charitable work. The insider had said that Markle wanted to take a more “hands-on” approach, while Middleton was wanting to support the charity in a non-physical way.

The insider was adamant, however, about the fact that just because Prince Harry and Markle have decided to create a separate charity does not mean that there is any feud going on within the family. It is just simply that the two power couples have a different opinion about how they would like to handle the charity, so they have decided that they will each get their own charity so that they can have more say so in how the day-to-day operations are handled.