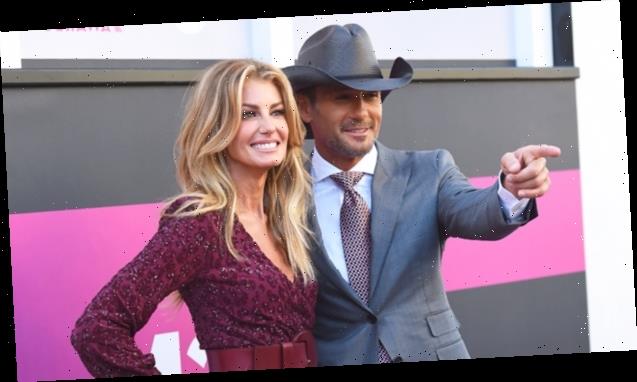 Tim McGraw is a DIY guy around the house, so much that he sat atop a 30 foot ladder to decorate his family’s Christmas tree, joking that wife Faith Hill was trying to kill him with the daring feat.

Thank goodness country superstar Tim McGraw isn’t afraid of heights. The 53-year-old singer was tasked with putting the final decorations atop the massively tall Christmas tree inside the family’s three-story living room in their Nashville home. The approximately 20 plus foot spruce needed lights and gold strands of tinsel, and Tim expertly did the job himself, thanks to a huge ladder that went all the way past the top of the tree. But he had to joke that it might have been wife Faith Hill‘s plan to “get rid” of him before the holidays with a scary household accident thanks to his precarious decorating position.

The “Live Live You Were Dying” singer seemed to be doing just that with his daring decorating job. He shared three photos to his Instagram on Dec. 8, with the first taken from a balcony looking down and across the three story living room atrium, with Tim perched at the very tippy top of the ladder. He was seated comfortably and placing what appeared to be a white object for the top of the tree in his right hand via a long stick.

Tim was so high up that the chandelier for the room could be seen at a level about halfway up the ladder he sat atop. The country hunk joked in the caption of the photos that he was, “A: Santa’s lead flying reindeer or B: wife trying to get rid of me before Christmas.” The latter is highly unlikely, as the still-deeply in love couple just celebrated their 24th wedding anniversary on Oct. 6, 2020, where Tim gushed in an Instagram tribute to his wife that “My oxygen only exists if you’re by my side.” Awww!!! 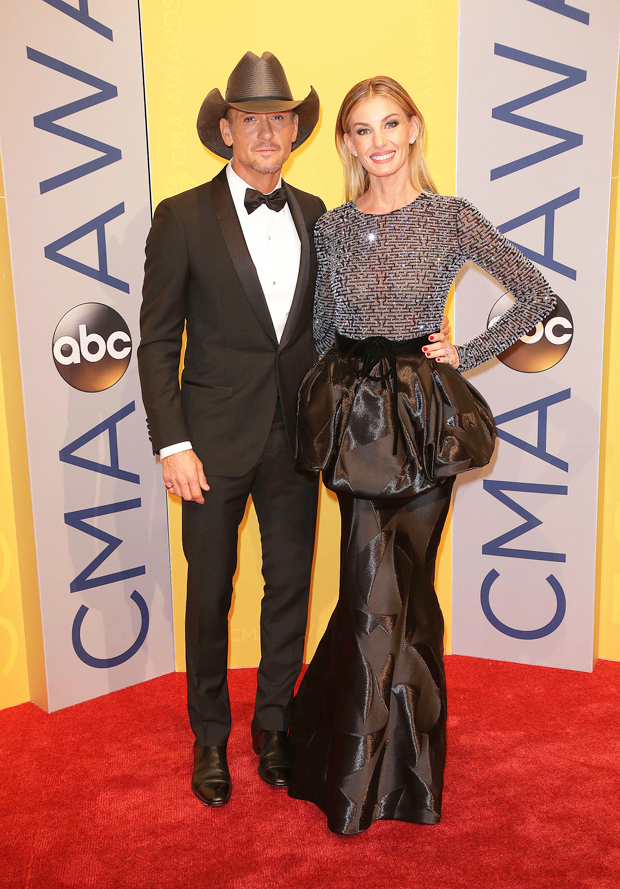 The second photo allowed super fit Tim to show off his amazing coordination and balance abilities. He was atop the ladder with one leg outstretched over the top and another planted several steps below, to allow him to reach far across the tree’s top to decorate it with a thick strand of golden tinsel. In the third photo he comfortably sat atop the ladder as if he was riding a horse, with his legs down on either side. He had a fluffy white object in his hand, which he appeared to be placing atop the tree.

Tim’s fans were a mix of highly impressed and anxiety ridden over the photos of his do it yourself super tall tree decorating. User @pamjroyer asked, “Who has a ladder that big laying around?” to which fan @georgie_bridgers snarked, “Rich people with tall trees!!” User @ashuuums commented, “This is giving me so much anxiety lol,” and a number of fans agreed with her. Fan @shastaar joked, “If Faith upped the life insurance I’d double check that ladder before climbing Tim,” before adding, “Also your tree is the most gorgeous and I am of course kidding before anyone @ ‘s me.” It really is an absolutely stunning tree, and Tim must feel so proud that he did all that hard work to make it look so beautiful by himself and without any hired help. 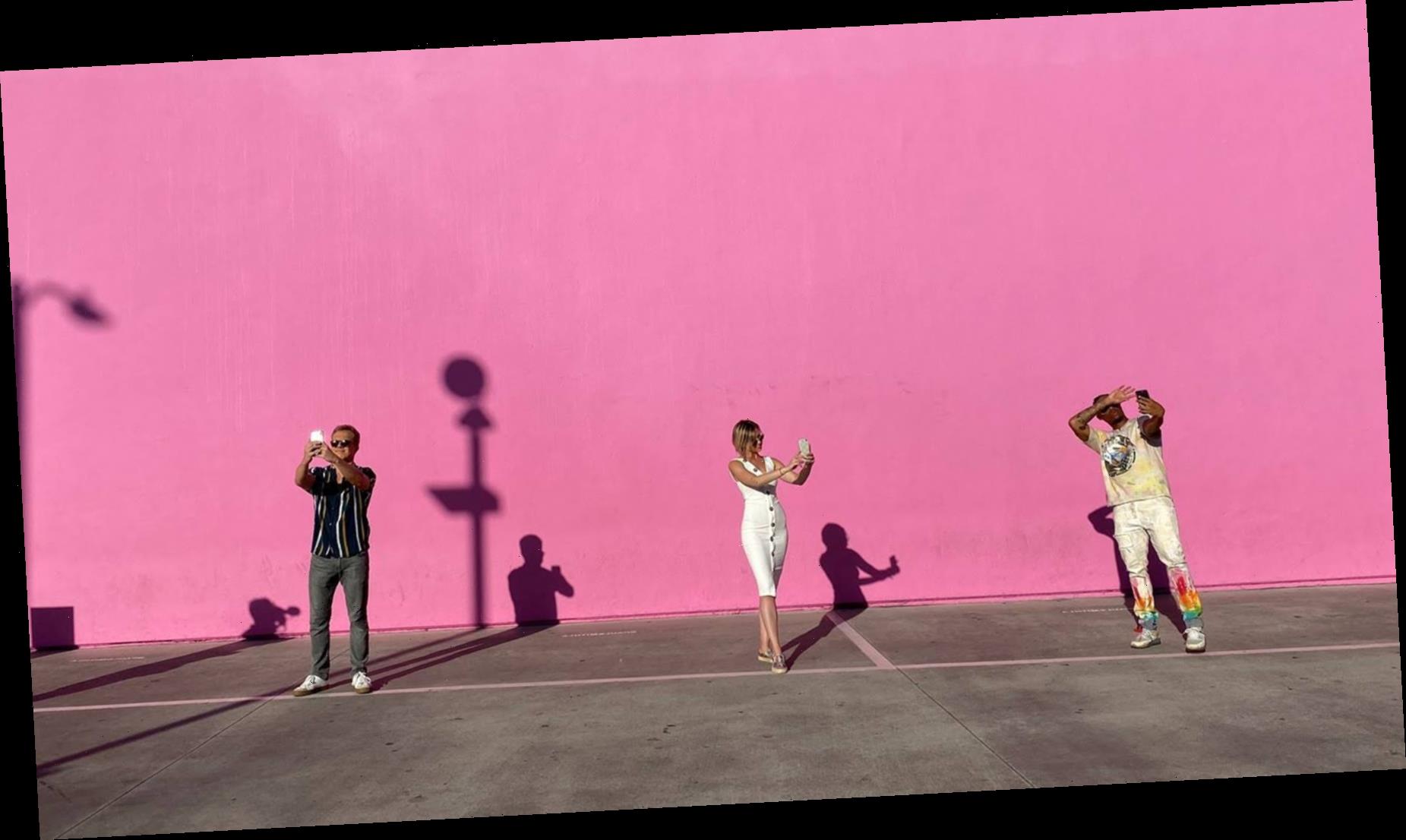 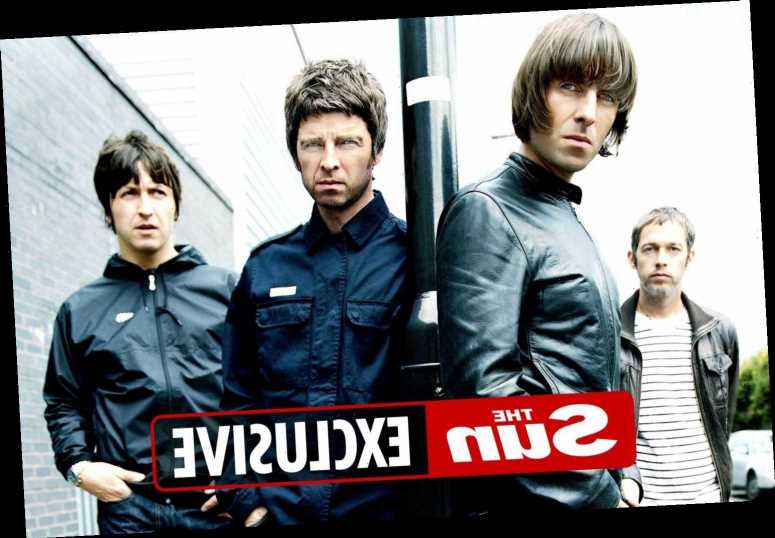 Saweetie's Grown-ish Debut Is A Masterclass In 'Boss Shit'
Entertainment