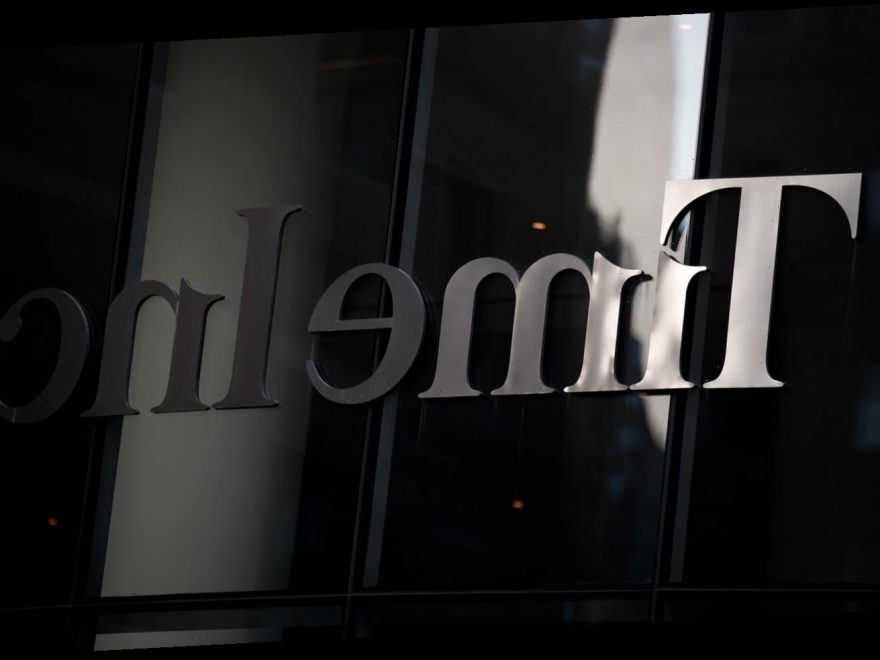 On Thursday Time Magazine announced their pick for Person of the Year 2020, and instead of one individual they went with both President-elect Joe Biden and Vice President-elect Kamala Harris. According to NBC News, editors went with the duo over other contenders, including Dr. Fauci, because, as the outlet noted, they “were the people who had the most influence on the world during a year when the presidential contest became for many Americans a referendum on Trump’s much-criticized pandemic performance.”

While most people are happy with this year’s choice, when it comes to the final decision, it’s not a popularity contest. Time has described the criteria for the choosing Person of the Year as someone who “had the greatest impact on the news, for good or ill — guidelines that leave [the editorial staff] no choice but to select a newsworthy — not necessarily praiseworthy — cover subject.” As the New York Daily News succinctly put it, “The Person of the Year doesn’t have to be well-liked.”

While some choices get more outrage than others, there are a few that have been considered the most controversial, and without a doubt, Adolf Hitler, tops the list. Given the title in 1938 following much outrage, Time rationalized their choice at the time, explaining that the Nazi leader was, “the greatest threatening force that the democratic, freedom-loving world faces today.”

Here are some of their other controversial picks throughout the years.

Time named the Computer as Person of the Year in 1982

While Joseph Stalin earned the title in both 1939 and 1942 for not only his role in WWII, but also for his reputation as what Business Insider describes, “one of the most ruthless authoritarians in history,” he’s followed closely in controversial choices by his successor Nikita Khrushchev who earned Person of the Year in 1957 due mostly to the Cold War. Although there was pushback from the public, after Hitler earned the title, the concept of a ruthless dictator being featured on the magazine cover was less shocking — mostly because the general public were getting more of a grasp on the threshold required to meet Time‘s title.

That was until 1982 when the publication went in a wholly different direction choosing an entity rather than an individual for Person of the Year. The concept of the personal home computer was born just a year earlier with the IBM PC getting released, and as the NY Daily News reported, Apple’s Lisa was about to launch as IBM’s main competition. Technology was at the precipice of major change.

That was just 38 years ago. Now, nearly every person in the world carries a more powerful computer in their pocket wherever they go, and an entire world economy is bought and traded online.

Wallis Simpson was named Person of the Year in 1936

While the requirements for Person of the Year don’t have to center on political or social activism, the person or thing has to have had a significant impact on the world. Sadly, Wallis Simpson, the first woman to ever garner the title, was reportedly Nazi sympathizer. Ranker users voted Wallis as one of the most controversial recipients of Person of the Year because her only real significant impact on the world was that King Edward VIII abdicated his throne in order to marry her. Other than that, she was simply an American-born, wealthy socialite who, with her duke husband, now holding the title Prince Edward, fancied herself an ally to the Nazi party.

The 1930s were a pivotal time in the Women’s Rights Movement with an unprecedented 24 percent of the female population holding full-time jobs, and as reported by a paper published by Santa Rosa Junior College, women entering the workforce at a rate twice that of men. If Time‘s intent was to name a woman with the title of Person of the Year, it seems there may have been much more significant choices.

Time named You Person of the Year in 2006

With a cover that simply said “You.” in what clearly looks like YouTube’s signature font, imposed on the monitor of a computer, the intent of editors was to signify that The Person of the Year is anyone and everyone who contributes content to the internet. From Twitter and Facebook to Wikipedia, critics allegedly slammed the choice as a “gimmicky cop-out,” according to the NY Daily News.

Fast-forward just 14 years later and influencers are our new celebrities, social media our source for all news and relevant information, and cancel-culture holding the success and failure of any person in the balance with a properly placed hashtag. Politics play out on Twitter with social media companies forced to distinguish truths from untruths in an ever growing landscape of conspiracy theories and opinions.

While a controversial choice for the early aughts, You as Person of the Year seems foretelling and even foreboding for our current climate.