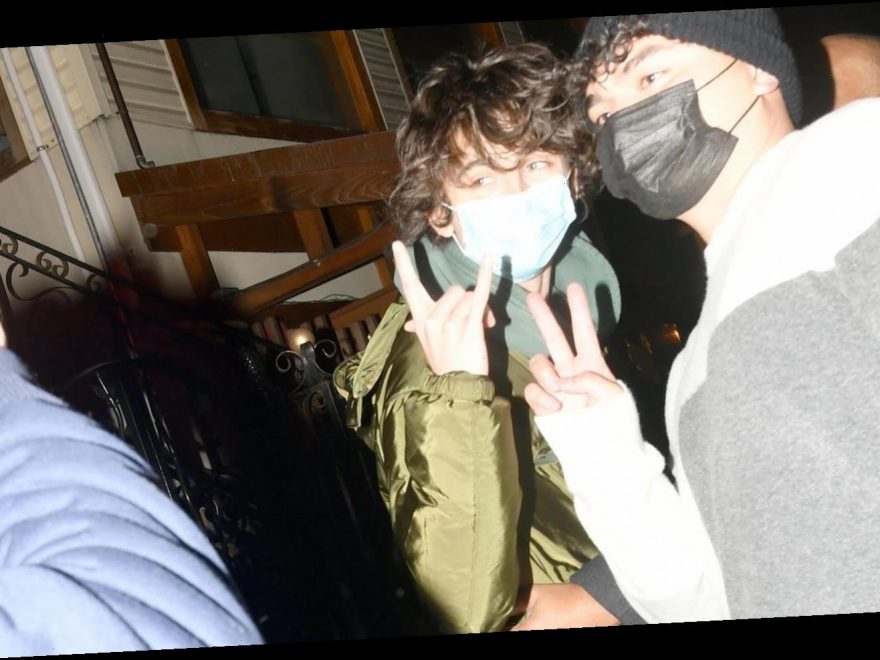 Timothee Chalamet will be hosting this weekend’s new episode of Saturday Night Live and we have new photos of him at rehearsals!

The 24-year-old Oscar-nominated actor was spotted snapping a quick photo with a fan while leaving the rehearsal on Tuesday night (December 8) in New York City.

Timothee was seen at the studio with SNL star Pete Davidson.

SNL actress Chloe Fineman does an impression of Timothee and they met for the first time when he stopped by last weekend’s show. During her interview on The Tonight Show Starring Jimmy Fallon this week, she talked about meeting him.

“He was like, ‘We should figure something out,’” Chloe said. “And I was like, ‘Ah! It’s Timothée Chalamet!’ … and I just turned bright red.”

Tune in this weekend to watch the actor on SNL!