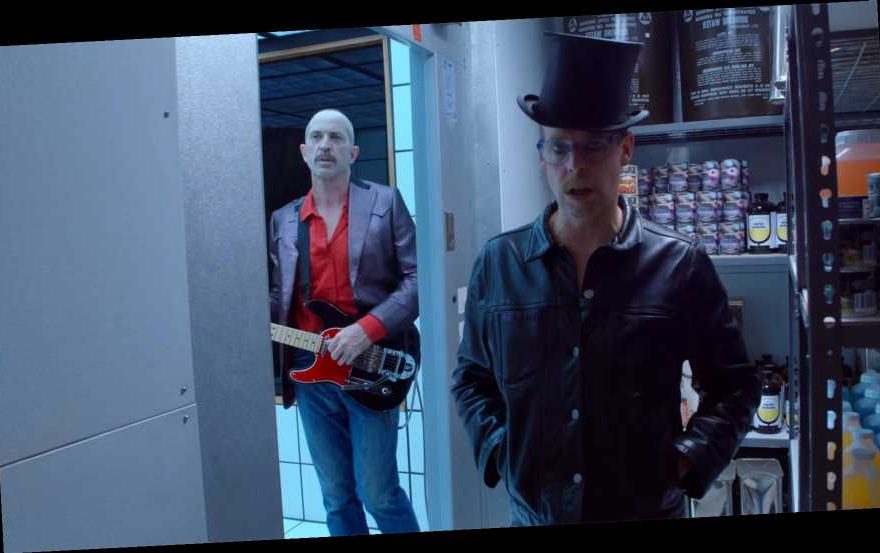 Matt Sweeney and Bonnie “Prince” Billy roam around a dystopian bunker in the video for “Make Worry for Me.”

Shot at Jonah Freeman and Justin Lowe’s architectural exhibit A Cell in the Smile, the bunker is located in an undisclosed location outside Cleveland, Ohio — 27 feet underground. Freeman and Lowe directed the clip, which features Sweeney and Billy performing the track in surreal rooms, including a cold war think tank and a natural history museum.

“Superwolves living inside Freeman and Lowe’s waking dream is a dream within a dream come true,” Sweeney said in a statement. Added Billy: “The 18 months we spent in Freeman and Lowe’s bunker felt like 18 years. It feels great to be out and to be able to share some of what we did during our internment. The first few drafts of the song and its accompanying visualization were full of anger and fear. Finally we got around to owning it, and like good Stockhausen Syndrome sufferers, we now love Jonah Freeman and Justin Lowe and everything they do.”

Sweeney and Billy dropped Superwolf in 2005. They released the single “You’ll Get Eaten Too” in March. Billy has spent the last few months of the pandemic releasing cover songs with Bill Callahan, including Steely Dan’s “Deacon Blues” and Billie Eilish’s “Wish You Were Gay.”