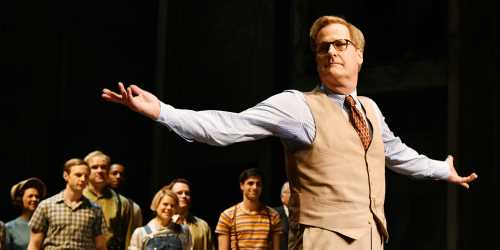 To Kill a Mockingbird ended on an abrupt and terrifying note on Tuesday night (August 6) in New York City.

The Broadway play ended after a patron heard a noise on the street which sounded like a gunshot, resulting in a panic in the theater.

“Audience members panicked and started running down the aisles or ducking for cover, and cast members fled the stage during the show’s final scene,” a witness told Deadline.

Thankfully, the noise was just a motorcycle backfiring, and the New York Police Department confirmed that despite multiple 911 calls about an active shooter, the area was safe.

The panic comes after a horrifying string of mass shootings in the United States, including two over the weekend.

“Stopped our show tonight due to a motorcycle backfire that was mistaken for a bomb or a shooting. Screaming civilians tried to storm our theater for safety. The audience started screaming and the cast fled the stage. This is the world we live in. This cannot be our world,” actor Gideon Glick wrote after the show.