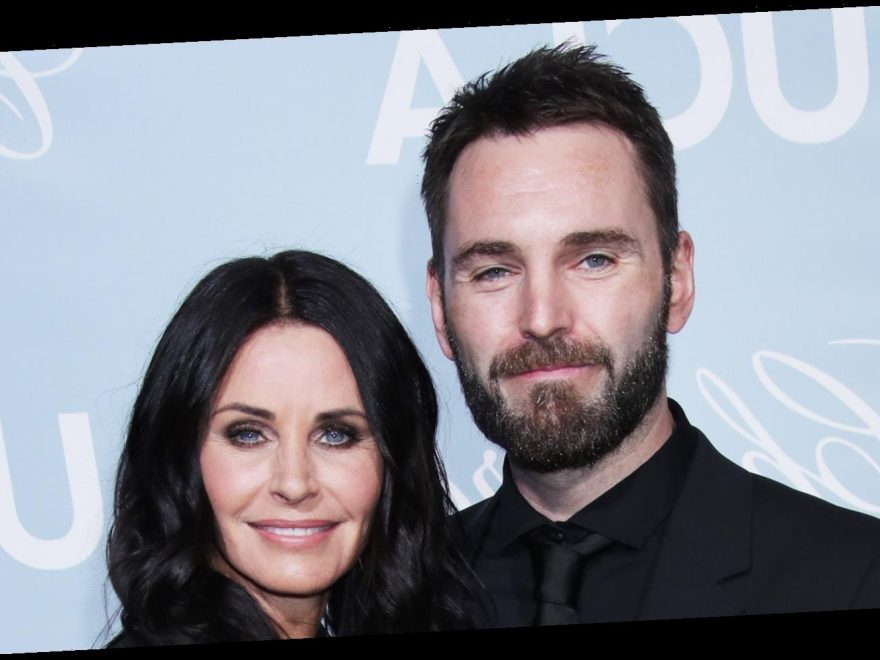 Together at last! Courteney Cox reunited with her boyfriend, Johnny McDaid, after being apart for nine months due to the coronavirus pandemic.

During their long-awaited reunion, the couple recorded a heartfelt message for Ráth Mór Creggan, a charity that supports the Irish community of Creggan. The duo shared their appreciation for frontline workers from McDaid’s native Derry, Ireland.

“We just want to thank all the people at Ráth Mór in Creggan for all the incredible work you have done this year,” the Friends alum, 56, said in the clip released earlier this month, as the Snow Patrol rocker, 44, added, “Well done, guys. Thank you so much for all the work — it’s so appreciated. And I know it’s been a really tough year, but here’s to a great 2021 ahead.”

Cox and McDaid’s video marks the first time the pair have been seen together since coronavirus lockdown began globally. Earlier on during the pandemic, the Cougar Town alum explained how “it’s been hard” to be away from her longtime beau.

Celebrity Couples Who Are Self-Quarantining Together

“He was supposed to go to Switzerland to write and instead had to go to England first,” she said on The Ellen DeGeneres Show in May. “And then all of a sudden, this all happened and they called a quarantine.”

Cox said that the duo have spent “a lot of time on FaceTime,” adding, “But now it’s like, oh, my God, I just miss his physical touch, just all of it.”

In October, the Scream star revealed she hasn’t seen McDaid since March. “Let’s say it’s been 150 days — I’ve cooked 145 of them. And I haven’t seen John in that many days,” said shared on “The Vinyl Supper” podcast. “He left the next day [after] the whole country shut down — or at least [when] California did. I think maybe New York was before us.”

‘Friends’ Cast: Where Are They Now?

Cox and McDaid began dating in 2013 and got engaged nine months later. Despite calling it quits in 2015, the twosome reconciled the following year.

The Alabama native has gushed about the Vega4 artist being The One. “He’s my guy. He’s my one. But saying ‘partner’ is difficult for me,” she said on Jimmy Kimmel Live! in January 2019. “Like, I was in Atlanta not that long ago, and I was like, ‘Oh, I’m supposed to meet my partner in Section F.’ And they were like, ‘Oh, I’m sure she’s going to be there. Don’t worry.’”

Cox shares her 16-year-old daughter, Coco, with ex-husband David Arquette. The former pair were married from 1999 to 2013, and they have since built a strong coparenting relationship.

Given the constantly evolving nature of COVID-19, Us Weekly wants our readers to have access to the most accurate resources. For the most up-to-date coronavirus information, guidance, and support, consult the CDC, WHO, and information from local public health officials. If you’re experiencing coronavirus symptoms, call your primary care provider for medical advice.