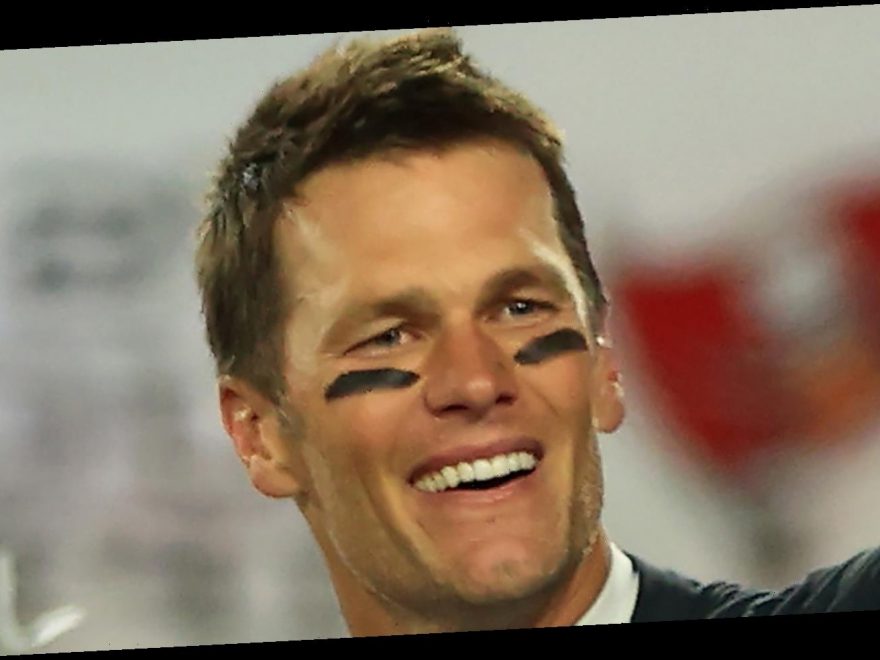 Super Bowl champ Tom Brady may have only joined the Tampa Bay Buccaneers, as team quarterback, in 2020, but he’s quickly become a leader of the NFL team — in more ways than one. Not only did he help usher the team to its second Super Bowl win (and his seventh) through sheer talent and years of experience, but he motivated his teammates in a simple yet seemingly effective way.

But it’s also arguably worth noting that Brady — a father of three and husband to Gisele Bundchen — has been a controversial figure throughout the years. Many have questioned Brady’s long friendship with former President Donald Trump, although, in April 2020, the football star told radio host Howard Stern that the relationship had become “uncomfortable.” He explained, “You can’t undo things — not that I would undo a friendship — but the political support is totally different than the support of a friend.” And, of course, let’s not forget “Deflategate,” the controversy surrounding whether Brady, then the New England Patriots’ quarterback, had the footballs deflated before the 2014 Super Bowl so that his team could have an advantage over the Indianapolis Colts, per ESPN.

Whatever your thoughts on Brady, there’s simply no denying that he’s a winner. And he proved that again at Super Bowl LV in Tampa on Feb. 7, 2021, when he trounced the Chiefs 31-9. Now, some are chalking up the team’s winning mentality to text messages Brady sent his teammates pre-game. Let’s see what he had to say.

Instead of — or, most likely, in addition to — pumping up his Tampa Bay Bucs teammates on the practice field before the big game, Tom Brady texted them beforehand, usually late at night, as running back Leonard Fournette revealed, according to WEEI Sports Radio Network. “He was texting us at 11 o’clock at night, ‘We will win this game,'” Fournette confirmed. So how exactly did Brady’s teammates react to his positive mantra?

“It felt great. Just knowing his resume and understand why he wins. All week he made us believe we were going to win,” Fournette shared, according to WEEI. “We believed in him. We believed in the play-calling, what the coaches were calling and we just ran with it.”

And Brady wasn’t just setting the team’s intentions to win before facing off against the Kansas City Chiefs, who won the Super Bowl in 2020 and had a 17-1 record this season. As it turns out, he was also helpful with game strategizing.

Tom Brady's strategy was right on the money

Tom Brady had specific strategies to share via text as well, according to WEEI Sports Radio Network. For example, running back Leonard Fournette said that Brady reminded him that their opponent ranked poorly in one performance category in particular — yards after contact — so that was a weakness they should utilize to their advantage.

“Tom preached all week, [Kansas City] were 31st in the league in yards after [contact], yards after the catch, too,” Fournette said. “Their run defense wasn’t that good. I take pride in that knowing those guys don’t want to tackle. Sometimes you make a guy miss, but at the same time, punch them in the mouth and then at the end of the game they are not going to want to tackle and that is exactly what happened.”

So did Brady’s strategizing work overall? “He was on point, he was telling us what to expect,” Fournette said.

Tom Brady released a motivational video before the game

Tom Brady is also known for pumping up his teammates before big games with motivational videos, and he did just that before the Tampa Bay Bucs hit the field for Super Bowl LV, per CBSN Boston. He released the 2021 video on his social media channels about five hours before kickoff.

His message was short but powerful: “In this journey, there is no final destination. There is only the next one. In the pursuit of perfection, the only thing that counts is the journey itself. The pursuit itself. And those who give their lives to it, this moment and the focus required to seize it, this fight and the commitment required to face it.” He added, “Because there’s no such thing as perfect. There is only the relentless pursuit of perfection. That is our cause. That is what makes us a team. And that is why we’re still here. So, once more into the fray. To live and die on this day.” Brady ended his message with an enthusiastic: “Let’s go!”

So was it was those late-night texts, Brady’s motivational video, or a Bucs team coming into their own that won them the gilded trophy? Who can say? But congratulations to the winner, either way.