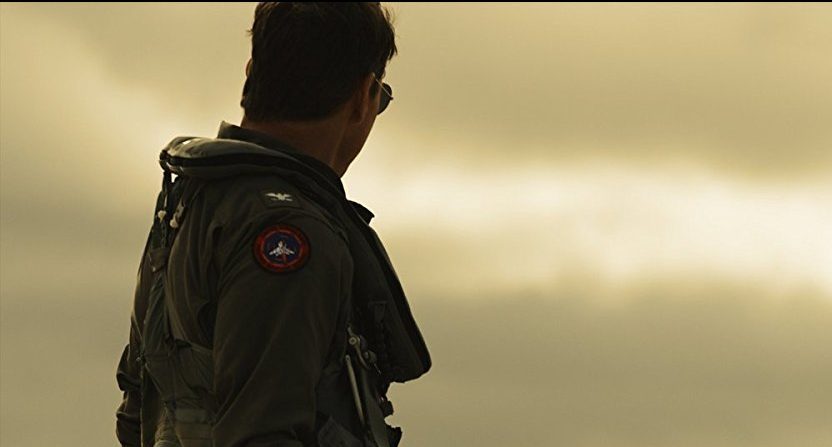 Hidden inside Paramount/Skydance’s Terminator: Dark Fate Comic-Con session, was –yup– Tom Cruise. He showed up with footage of Top Gun: Maverick today. We told you something was going on with Top Gun: Maverick a few weeks ago at Comic-Con. This is Cruise’s first time back at SDCC since 2013 when he showed off Warner Bros.’ Edge of Tomorrow.

“34 years ago , I made a movie in San Diego and shot across the street in a restaurant,” said Cruise to great cheers. San Diego is a special place for Top Gun and the sequel was shot here last summer.

“I was always asked ‘When are you going to do another one?’ Well, you’ve been very patient with me. I felt like it was my responsibility to really deliver for you,” said Cruise who called Top Gun “a love letter to aviation.”

The trailer opens on a desert plain with a jet rising to course over it. Ed Harris’ voiceover is heard “Thirty-plus years of service…you can get promoted or retire, but you refuse to die. You should be a two-star admiral, yet here you are a captain.” Then images of Cruise in the iconic leather jacket, racing on the motorcycle, singing in the bar with his buds, Jon Hamm stepping on the airfield as a commander, and shots of Cruise flying in a snowy caravan. “Maverick you should be headed to extinction,” says Harris and Cruise answers “Maybe so, sir, but not today.”