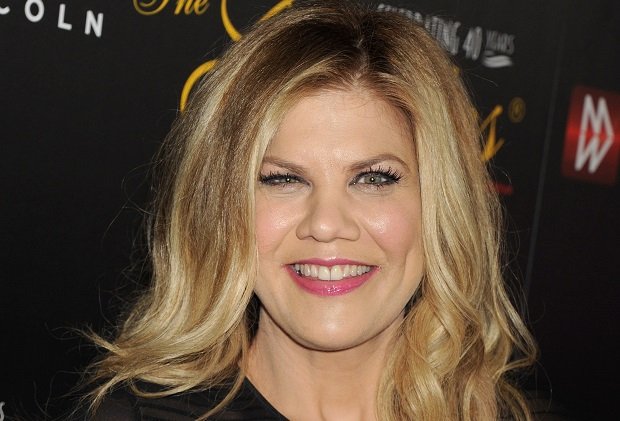 Kristen Johnston is sticking around on Mom: The Emmy-winning 3rd Rock From the Sun alum has been promoted to series regular for Season 7, TVLine has confirmed.

Johnston first debuted in a Season 5 episode as ex-con Tammy, who was a foster sister to Bonnie (Allison Janney) during their teen years.

* André Benjamin, aka OutKast’s André 3000, has been cast in AMC’s Dispatches From Elsewhere, an anthology created by Jason Segel (How I Met Your Mother). The series follows ordinary people who stumble onto a puzzle hiding just behind the veil of everyday life — after which they come to find that the mystery winds far deeper than they ever imagined. Additionally, Tara Lynne Barr (Casual) will recur as the younger version of Sally Field’s character, a housewife who recently lost her husband in the present day, per Deadline.

* Tony winners Benj Pasek and Justin Paul (Dear Evan Hansen) and Grammy winner Alicia Keys will executive-produce a musical drama series for Showtime, with Pasek and Paul also contributing original music. The untitled project “traverses generations to tell an emotionally complex family story that interweaves modern-day and 1959 Detroit, centering on a mystery uncovered by a young musician who moves back to her childhood home.”

* USA Network has given a 10-episode series order to Cannonball, an extreme water stunts competition based on the hit international series.

* All 164 episodes of the ’90s NBC sitcom Mad About You will be available to watch on-demand exclusively to Spectrum cable subscribers on Thursday, Aug. 1, ahead of Spectrum Originals’ upcoming revival, which will reunite original stars Paul Reiser and Helen Hunt and air later this year.