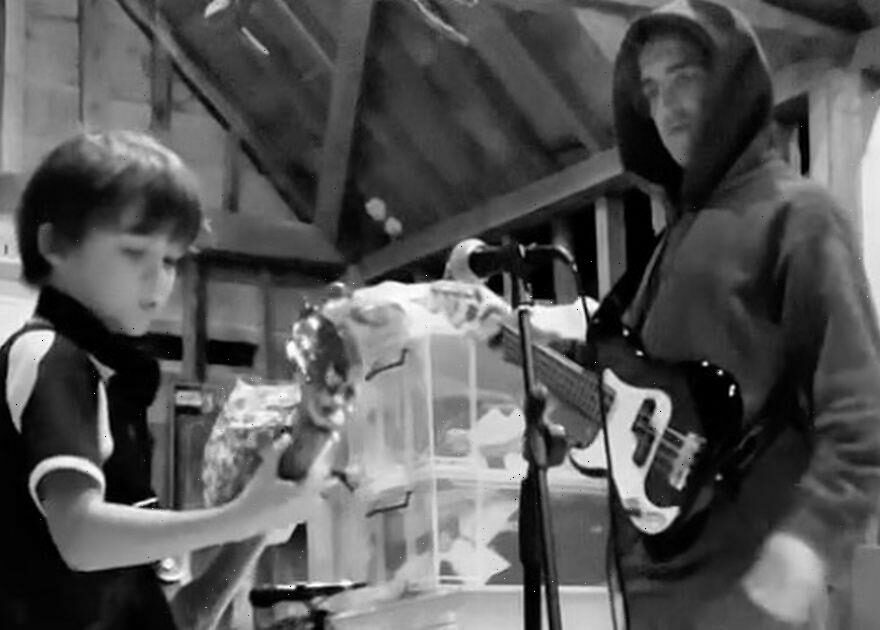 Tom Fletcher has shared an adorable video of him and his son Buzz rocking out to some music together, and fans cannot believe how grown up he is looking.

McFly star Tom, 37, and Giovanna's son Buzz, eight, was seen having a great time on an electric guitar as his famous father was playing along with him. Fans could also see Buddy, four, playing the drums behind them.

Later on in the clip, Tom and Buzz are then seen singing together while jamming away.

"Kids: Dad, can we play some songs?" he wrote, alongside the cute clip on Instagram, with the hashtags: "#mcfly #busted #gunsandroses #buxy #band #music #rock."

Fans soon rushed to comment on Tom's post, as they commented on how grown up Buzz looked.

One commented: "I feel so old to see Buzz all grown up. You look like your kids best friends, and its awesome."

Another said: "They’re so big!," while a third added: "Dude, I remember when Buzz was born, what the hell is going on, I'm getting so old."

Some fans also applauded Tom for teaching them how to play, with one writing: "Now be honest: this is the real reason you had kids."

"Right, when are we seeing Buzz in School of Rock??!" another remarked, while a third said: "Imagine having Tom Fletcher as both your father and musical genius tutor."

The Strictly Come Dancing star previously spoke to OK! about enjoying sharing his passion for music with his sons.

“I’m such a sucker for the stuff my kids love,” he says. “At the minute, they’re into Star Wars and music. It’s so cool that they’re into the same things I’m into."

He continued: "The coolest thing happened recently. I took my kids to see Green Day, Weezer and Fall Out Boy and it just blew their minds. It felt like being at a gig with my mates – but it was with my sons.”

Tom then admitted the biggest challenge of becoming a father has been adapting to the lack of sleep.

“But, actually, I’ve realised you can do a lot on very little sleep,” he says. “I can honestly say that nothing prepares you for being a parent, no matter how prepared you think you are. But it’s the best, it’s amazing, and I love it.”