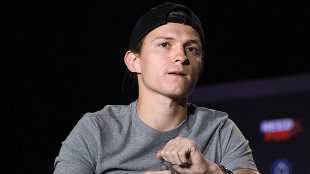 Notoriously private actor Tom Holland recently opened up to ‘GQ Style’ about being in the tabloids after his July rendezvous with Olivia Bolton made headlines this summer.

Tom Holland’s personal life rarely makes tabloid headlines, and that’s how he prefers it. However, after pictures of the Spider-Man: Far From Home actor getting cozy with a mystery blonde in London surfaced in July, Tom revealed just how much he truly values his privacy and keeping his personal life out of the spotlight.

Holland, who graces the cover of GQ Style’s 2019 Fall/Winter issue, recently opened up about the catastrophe, telling the publication, “It’s just, I’m a very private person. If you do a Google search, I’m not a tabloid person. I don’t like living in the spotlight. I’m quite good at only being in the spotlight when I need to be.”

So, when intimate pictures of Tom and his lady friend (later identified as Olivia Bolton) enjoying a music festival together started to circulate online in mid-July, the actor was truly in shock over the coverage it prompted. “It’s the first time I’ve ever kind of been in the tabloids. It’s the first time something like this has ever really happened to me. So it’s a bit of a shock to the system,” he told GQ Style.

Although the 23-year-old actor is shaken up from his first-ever negative tabloid experience, Tom is adamant that this particular paparazzi incident hasn’t deterred him from living his best life. In fact, he’s using it as a learning experience and gracefully moving on from it. “It’s something that you look at and you go, ‘Oh, well, I just don’t put myself in that situation again,’” he said.

The pictures of Tom and Olivia crushed fans’ hopes that he and his Spider-Man costar, Zendaya, 23, were an item, although neither of them ever confirmed that they were in a relationship with one another.