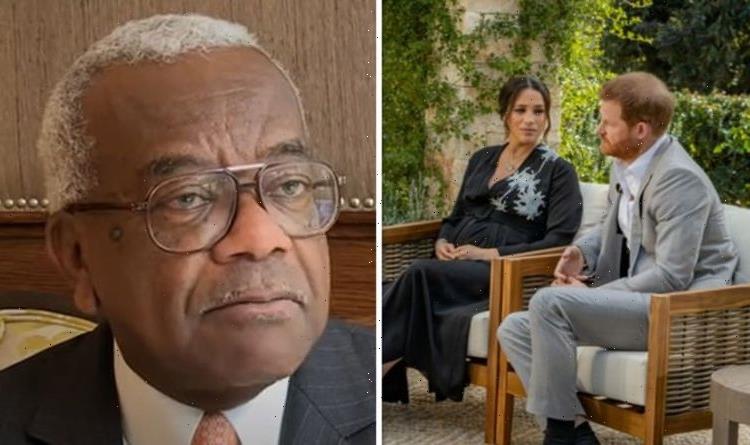 The Duke and Duchess of Sussex are more popular in the US than the UK, according to recent data from YouGov. After their interview with Oprah Winfrey, 54 percent of Americans viewed Harry favourably and 48 percent were positive about Meghan, with net favourability ratings of 28 and 15 respectively. In contrast, 45 percent of Britons view Harry favourably and just 31 percent for Meghan, giving them net scores of -3 and -27.

The couple’s cheerleaders in the US media include Oprah herself and her CBS colleague Gayle King, while in the UK, broadcasters like Piers Morgan and Andrew Neil have criticised the pair.

However, the Royal Family is still something that absolutely fascinates our friends across the Atlantic.

Reflecting on its popularity across the pond, he argued that it is the ceremonial aspect that captures the imagination. 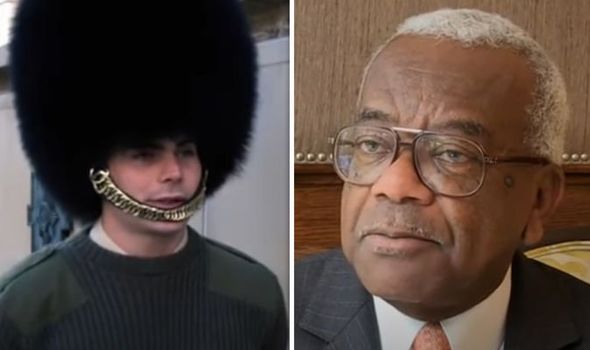 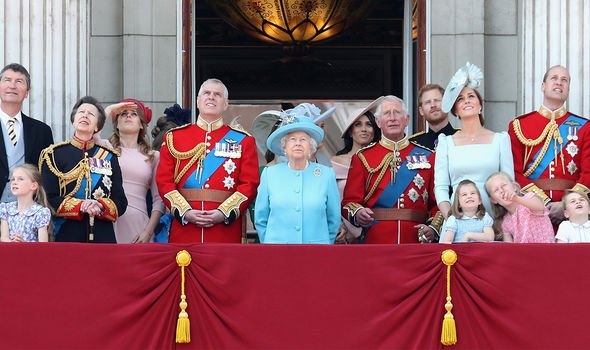 Mr McDonald said in 2011: “The Americans love our sense of ceremony and the fact that it’s done so wonderfully well.

“I think we’re known for that, I think we do that terribly well.”

The Royal Family thrives on certain pomp and ceremony, such the daily Changing of the Guard or the annual Trooping the Colour.

Royal weddings and funerals are also huge national occasions, which we saw only too well recently with the sad passing of Prince Philip. 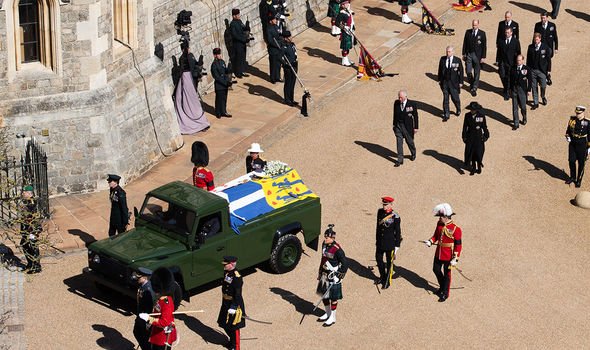 Even amid the coronavirus pandemic, the occasion was monumental, with more than 13 million watching it on BBC or ITV.

Mr McDonald said in his documentary: “In the 21st century, Changing the Guard is a direct link with history.

“It’s been taking place day in and day out since the 17th century.

“It may be ceremonial but it’s considered an honour by those who do it.” 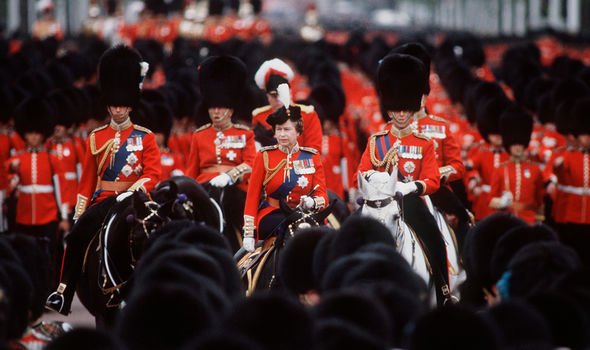 One soldier taking part said: “It’s quite a proud moment, you know?

“Not everyone in the Army gets the opportunity to stand on the Buckingham Palace forecourt and protect the Queen.”

While Americans may love the Royal Family, they also have eyes for pomp and circumstance when it is elsewhere.

France ‒ which has been a republic since the late 18th century, when the last King of France, Louis XVI, was executed ‒ has its own pomp and circumstance.

Bastille Day celebrates the anniversary of the Storming of the Bastille on July 14, 1789, a turning point of the French Revolution, as well as the Festival of the Federation that celebrated the unity of French people the following year.

Each year, France has a grand military parade on the Champs-Élysées in front of the President, other French officials and foreign guests.

Former US President Donald Trump was enamoured by it when he went in 2018 and even suggested he wanted to recreate it in the US.

He said at the UN two months later: “It was one of the greatest parades I’ve ever seen. It was military might.” 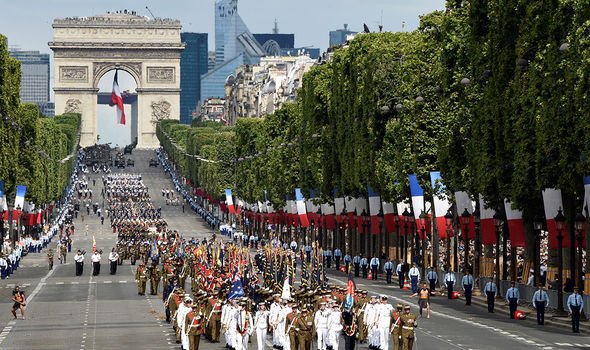 He apparently joked to French President Emmanuel Macron: “We’re going to have to top it.”

He then reportedly ordered the Pentagon to prepare his own parade “like the one in France”.

Indeed, Mr Trump’s enthusiasm over this parade might go some way to explain why royal ceremonies also elicit such excitement in Americans.