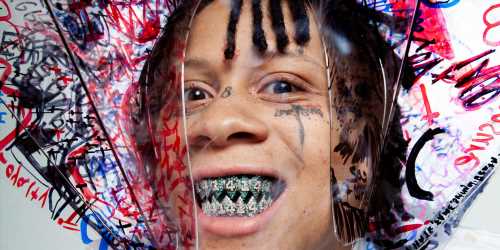 Trippie Redd is back with a brand new song called “Mac 10″ with Lil Baby and Lil Duke!

The 20-year-old Ohio rapper and singer released the collaboration on Wednesday (July 24), along with the news of a new album called ! coming on August 9.

The song came accompanied with a music video directed by Logan Meis, and follows the release of his critically acclaimed “Under Enemy Arms.”

“Singing real s–t that people all over the world can relate to— timeless. Timeless music literally is a concept I can live on,” he said of his music.

Listen to “Mac 10,” watch the music video and read the lyrics inside…