Gangs all here! Tyson Fury, his wife Paris, and their six kids were all smiles in group photos taken in Florida, where they’re celebrating the ‘holiday of a lifetime.’

Tyson Fury and his family are #goals. The 33-year-old British boxer jetted off to Florida with his wife Paris Fury, 32, and their six kids — sons Prince James, 9, Prince Tyson Fury II, 4, and Prince Adonis Amazhiah, 2, and daughters Venezuela, 11, Valencia Amber, 4, and Athena, 4 months — for a family getaway. Paris posted several photos to Instagram of the whole squad posing together in the warm weather on Wednesday, December 15. Tyson’s three sons all matched in green shirts and denim shorts for the group shot, which Paris’ mom Lynda Mullroy also joined in on.

The Fury family had big smiles on their faces throughout the images that Paris posted. In one photo, Tyson stood behind his three sons, who all put their hands up in unison, while little Valencia sweetly attempted to strike a similar pose in front of her brothers. The family of eight, sans Lynda, gathered together again for a group shot in which Paris cradled baby Athena, who was born on August 8. “I love Florida Holiday of a lifetime here,” Paris wrote in the caption of her family photos.

Tyson met Paris around 2003, when he was 17 and she was 15. They started dating the year after, and tied the knot in 2008 in Doncaster, South Yorkshire. The couple’s three sons are all named Prince, which Tyson offered an explanation for in his 2020 documentary Tyson Fury: The Gypsy King. “I’m a king and they’re princes until they earn their rightful name,” the pro boxer said in the doc, per reports. 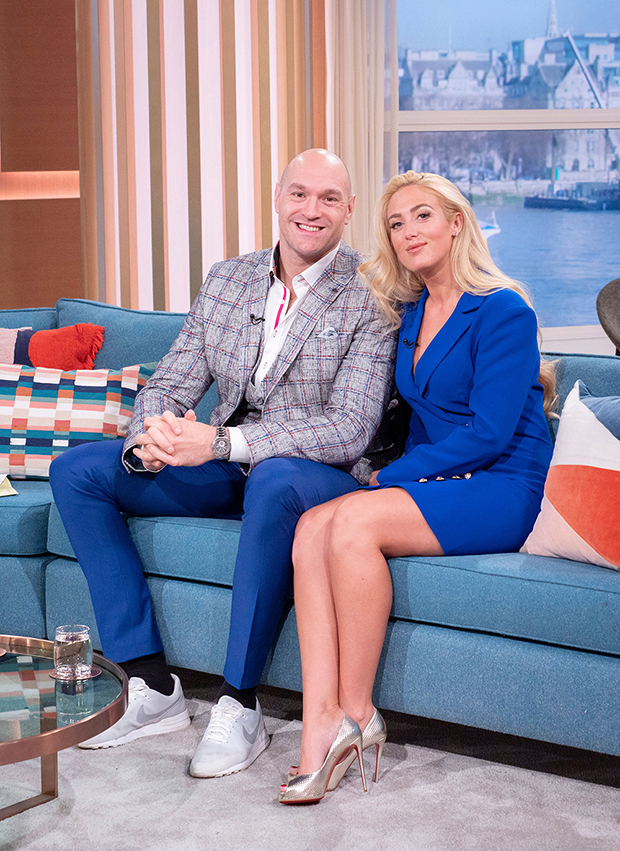 In August, Tyson announced that he and Paris had welcomed their sixth child, daughter Athena. However, the two-time world heavyweight champion revealed that his baby girl was in the Intensive Care Unit after being born. “Massive thanks for all the messages and support. The baby is in a stable position and doing well – hopefully she comes out of ICU today,” he reportedly wrote on his IG Stories at the time. “Please keep baby Athena in your prayers. Paris is doing great. God bless.”

Thankfully, Athena recovered at the hospital and was eventually able to leave with her parents. Now, the Fury family of eight is living their best lives together!