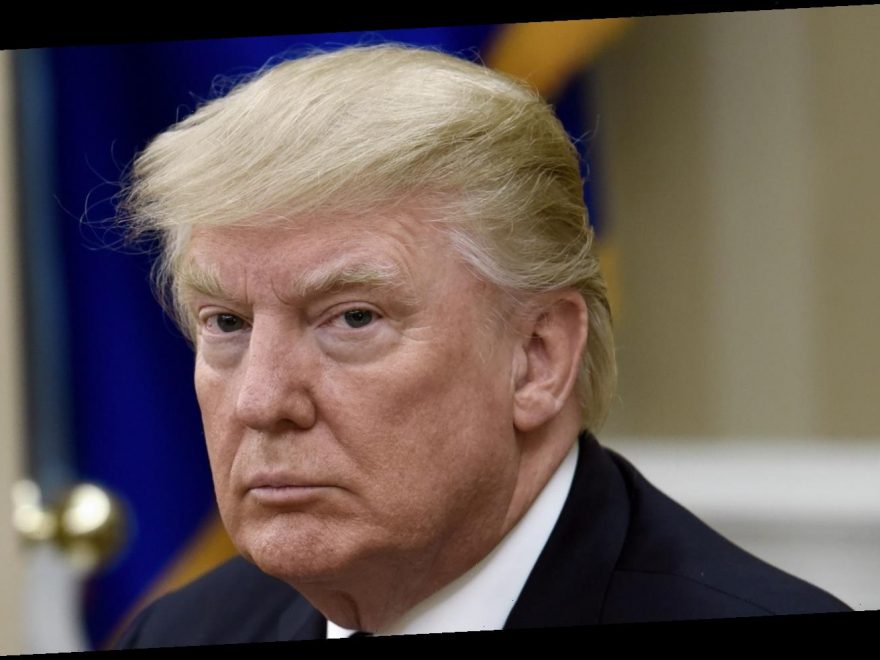 Is Donald Trump out of the woods, health-wise? A new video exploding across the internet suggests… not quite.

On Oct. 8, 2020, President Trump called into Fox’s Hannity, where, per Mediaite, he was quick to tout his “perfect” condition and “amazing” recovery from COVID-19, the virus that has killed 210,000 Americans so far, according to Market Watch. He and wife Melania Trump confirmed they had tested positive for coronavirus back on Oct. 2, 2020. Trump was flown to Walter Reed Military Medical Center, then discharged 72 hours later, per CNN. “Don’t be afraid of Covid. Don’t let it dominate your life,” Trump then tweeted. However, according to CNN Business, the virus clearly seemed to dominate this new struggle-filled interview, in which “at least twice… Trump had to pause his sentences and audibly clear his throat and cough.” Uh-oh.

The internet has been quick to cough up takes on the concerning interview. “Hannity keeps asking Trump if he has tested negative and Trump keeps ignoring the question,” one Twitter user, a professor, wrote. “Trump is coughing and sneezing on Hannity. His doctor is a liar,” wrote Scott Dworkin, the co-founder of the Democratic Coalition. Yikes!

Indeed, Sean Hannity then asked the president about his latest COVID-19 test multiple times during the phone call, to no straight answer, per The Daily Beast. “Probably the test will be tomorrow… but they found very little infection or virus, if any,” Trump responded. Read on for a medical expert’s take on Trump’s cough-filled interview.

What does one medical expert think of Donald Trump’s recent interview? Dr. Sanjay Gupta told CNN that based on the call — which included Trump revealing that he wants to hold a rally in Florida on Oct. 10, 2020, as per Mediaite — that he “still sounds sick.” ” … He sounds congested still,” Dr. Gupta said on the widely-shared clip from the Hannity interview. He added, slightly alarmed after hearing the president’s hoarse voice, “Yeah, I hadn’t heard that before.”

Gupta added that Trump is “still on the steroid medication, which usually acts as a very potent anti-inflammatory.” In other words, the medication, per the doctor, is “masking symptoms.” “So that could be masking whatever symptoms he does have, so as you start to take him off steroids, it’s worse.” And even on the anti-inflammatory medications, “he still sounds sick,” Gupta said. ” … So they’ve got to keep a close eye on him. I mean … this isn’t political intrigue, this is just decent humanity at this point. He sounds sick. And he’s 74 years old and this is a serious disease,” he concluded.

It seems the internet is echoing Gupta’s concern. “Trump is coughing his lungs up on a phoner with Hannity seconds after he said he’s planning on holding multiple rallies, including one as soon as this weekend,” one user tweeted. “Keep him out,” another wrote on Donald Trump’s apparent intent to campaign in Florida. Well, it seems people are concerned!