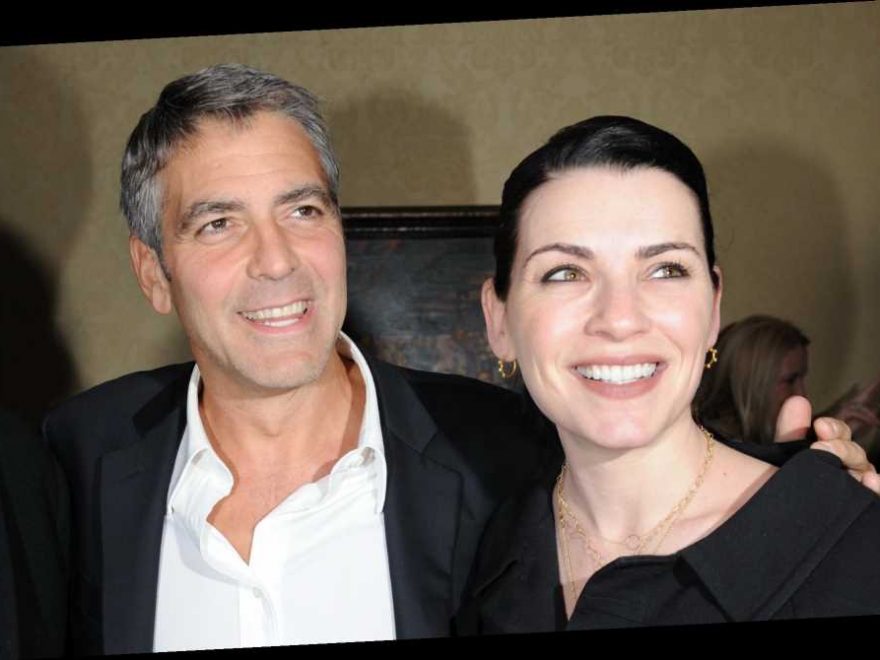 Julianna Margulies is revealing the secret impact her former E.R. co-star George Clooney has had on her career.

Margulies recently helped honor Clooney at Museum of Modern Art’s 2020 Film Benefit, presented by Chanel, and said that Clooney, Margulies’s character, Nurse Carol Hathaway, might have died in the pilot.

"I feel so grateful that you were the one who actually stopped me from taking [another] job, because you were the only one who actually cared enough to call and say, ‘By the way, don’t take the job. I think you tested well and we tested well together. If you just could hold off for a couple weeks, I think you’re going to get a series regular offer,'" she said. "Forever in my life, I am indebted to you, my friend."

Margulies was joined by several of Clooney's former co-stars in honoring him at the annual event, including Tilda Swinton, Bradley Cooper, Jeffrey Wright, and David Oyelowo. The event closed out with a performance from Brittany Howard, who was recently nominated for five Grammy awards. "I don't know everything about George Clooney, but I do know that he was a human that had a lot of abundances and he's definitely trying to share that," Howard told InStyle ahead of the event. "And I think that should always be celebrated, whether you're George Clooney, or whether you're anyone who wants to help anyone else with what you have."

The benefit raised money for the museum’s Department of Film collection, which has a catalogue of over 30,000 international films and 4 million stills.

Since 2011, the benefit has been sponsored by Chanel, which will now be the lead sponsor of film at the museum. In celebration of the collaboration, Chanel and MoMA released a short film, A Love Letter to Cinema, featuring filmmakers like Sofia Coppola and Cynthia Erivo.