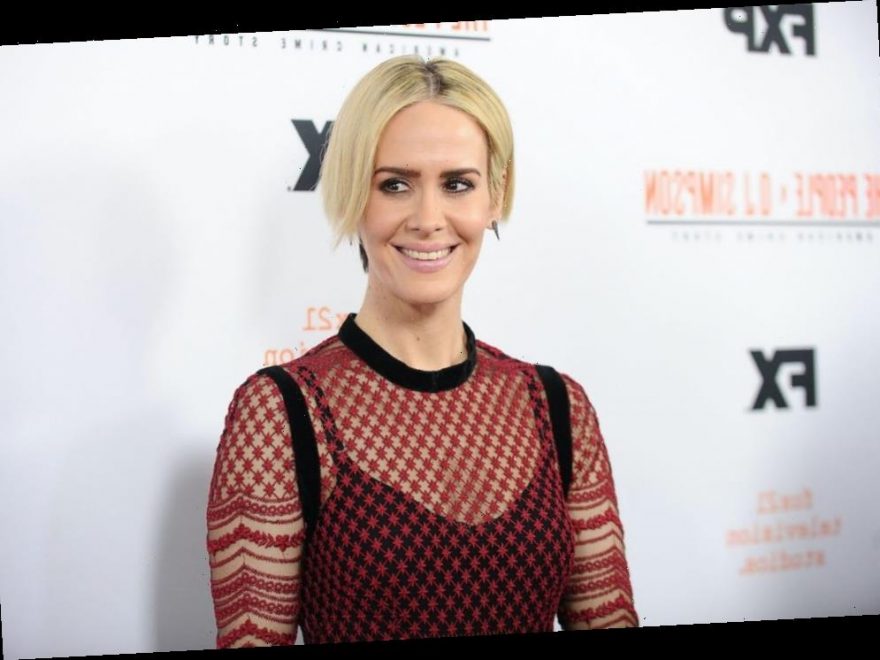 Sarah Paulson cried her final day on the set of American Crime Story: The People vs. O.J. Simpson. Find out what made Paulson feel like her world was crumbling around her.

Playing Marcia Clark is a highlight in Sarah Paulson’s career

Playing the lead prosecutor in the O.J. Simpson murder case was something that “irrevocably changed” Paulson’s life. She won the Primetime Emmy Award for Outstanding Lead Actress in a Limited Series — a dream come true for Paulson. But winning that Emmy also made Paulson’s life “worse.”

“[You think] ‘Is that it?’” Paulson explained on the Off Camera with Sam Jones podcast. “Am I ever going to get a part that’s that exciting and exhilarating and challenging and scary and resonate with people? Am I ever going to have a chance to have to fight hard for a character while doing it? Is it ever going to matter to me as much?”

Paulson embraced the role of Clark head-on, to the point where she didn’t know where Paulson ended and Clark began. Having strived for a role like that for so long, Paulson felt a little lost when the show wrapped.

“Now I’ve had the experience, and as extraordinary as it was, I don’t have that experience now of wanting that,” Paulson said. “I don’t have the want. You do end up thinking, ‘I hope I can do something good again. Can I be good without having that same curiosity about what it would feel like to have a part that felt that extraordinary?’”

Paulson called her role as Clark the highlight of her professional life. She’s just hopeful that wasn’t the end of iconic roles for her.

Paulson hopes with every role, she feels the way she did when she walked off the set of People vs. O.J. and wept in her trailer.

“[I wept because] they were taking down Marcia Clark’s bookshelf and taking the things off the walls and they were cleaning out my drawer where I had left sides and gum wrappers and cigarette butts for the last six months that we were shooting,” Paulson explained.

It was just like they were taking a wrecking ball to something that had been my house. It was devastating for me because I knew that I had not had a part like that. And if it took me 41 years to have a part that good, was I going to have to wait another 41 years?

Regardless of what Paulson chases in the roles she takes on, her fans are consistently impressed with the work she puts out.

“You do have to say goodbye to a certain part of yourself that reaches a goal,” Paulson admitted. Fortunately, Paulson can do that and embrace new roles for fans to get excited about.