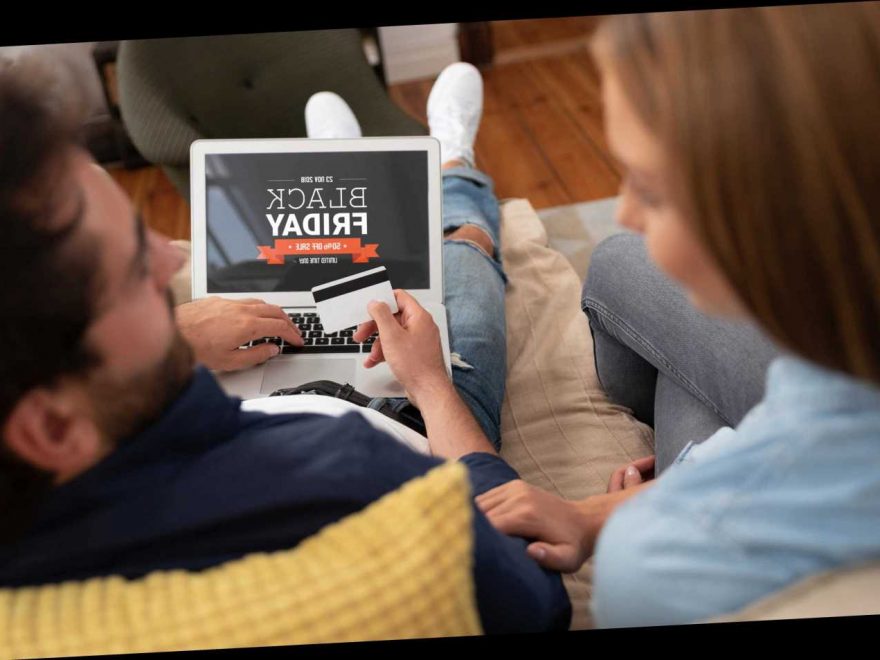 WITH Black Friday set to kick off officially next Friday, we reveal the products with the highest amount of bogus deals last year.

Research by price comparison site PriceRunner, seen exclusively by The Sun, has found that more than every fourth offer on Black Friday last year was fake. 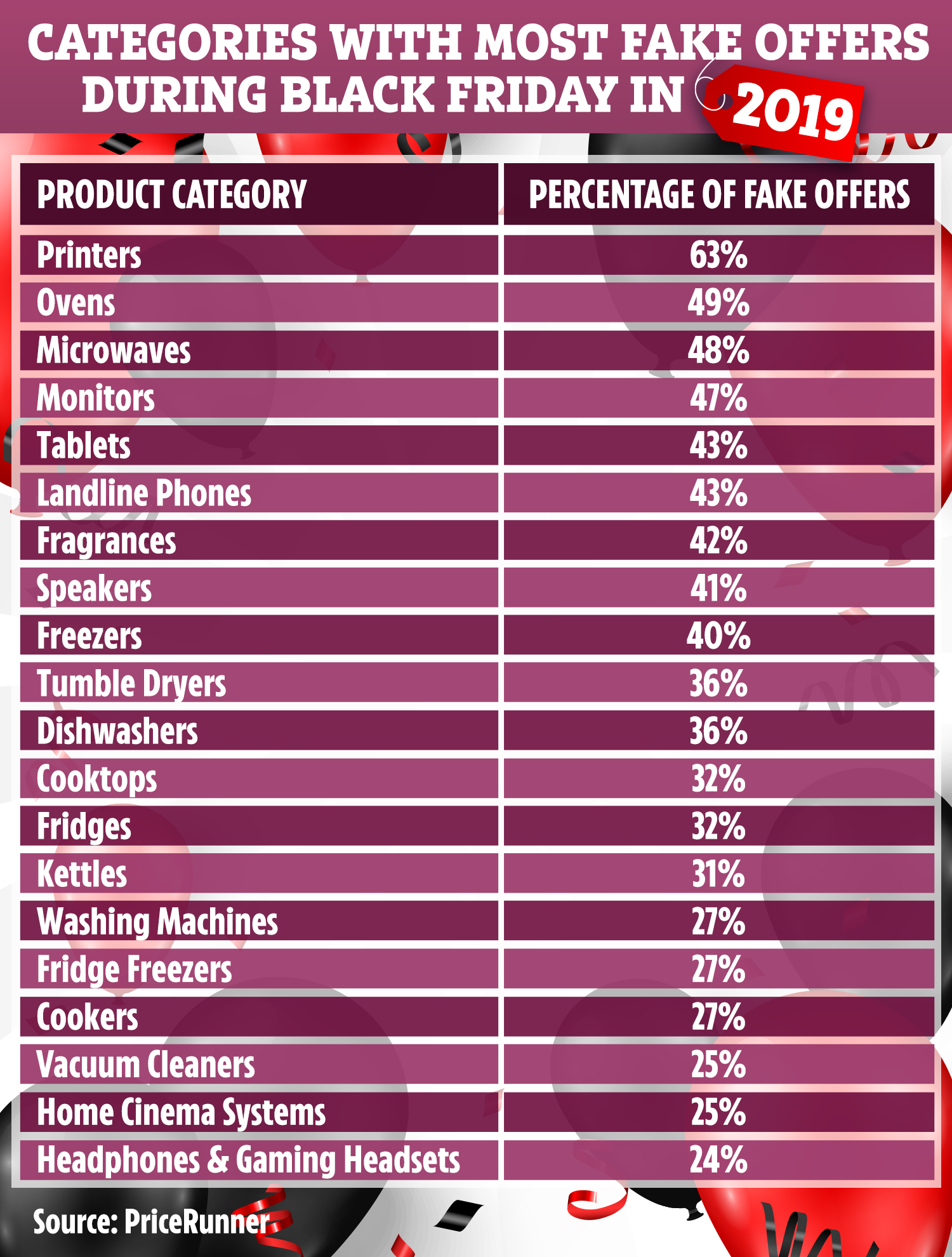 The site's definition of a fake offer is when a retailer increases the price by at least 10% in the period ahead of Black Friday to then reduce it by 5% or more.

PriceRunner tracked 11,300 of the most popular products on sale during Black Friday 2019 at the UK's 50 largest retailers for the analysis.

The research shows how alert shoppers need to be to dud deals while shopping on Black Friday.

For example, if you snapped up a printer during the sale bonanza last year, you'll be disappointed to know that 63% of the "offers" were actually fake, according to the research.

Ovens, microwaves, tablets and monitors were also among the categories with the highest amount of bogus deals.

Our tips for finding the best deals this Black Friday

IT might be tempting to dive in and snap up LOADS of items on Black Friday and Cyber Monday, but here’s how you can guarantee you’re getting a good deal.

PREPARE Research the items you want to buy and find out the cheapest price. Websites like PriceSpy, PriceRunner and CamelCamelCamel will give you historical data on prices so you can see how much you should pay.

EARN CASHBACK Check websites like Quidco and TopCashback BEFORE you place your order. Cashback websites PAY you to shop. All you have to do is click through their links and the money is added to your online account, usually within 14 days.

Shoppers can avoid bogus prices by shopping around, comparing prices and also keeping a note in the weeks and days before Black Friday of the prices of items they want to buy.

Google's price comparison too, Google Shopping, is easy to use for current offers, while PriceRunner's online tool tracks historic prices too.

Above all they should remember that a bargain is never a bargain if you weren't going to buy that product originally.

Consumer law states that if products are on sale, retailers have to show the original price and must have been selling at that price for "a meaningful period of time".

Some of the worst products to buy during last year's Black Friday included a Le Creuset kettle, which saw a price increase of 35.8% on the official day, compared to the week before.

While the price of a Beko toaster rose by 32% during the same time period.

In contrast, the product categories with the most offers during Black Friday in 2019 included batteries and charges, hot tubs and kid's room items.

Christine Gouldthorp, consumer expert at PriceRunner, told The Sun: "Our analysis showed that a lot of retailers raise their prices ahead of Black Week, to then lower them in order to create the fake impression of a sale.

"While not technically illegal, we think this is an unethical tactic, luring consumers into thinking they are getting a better deal than they actually are.

"Sometimes prices are even higher on a sales day than other days."

Last Black Friday, Which? warned shoppers to steer clear of “dud” products being sold at discount prices at retailers including Argos and Currys PC World due to being poor quality.

The Sun's also named and shamed some of the worst discounts in previous years too, including vacuum cleaners and kids' bikes.

We reveal eight early Black Friday deals that are worth buying, including 50% off Sky and 20% off eBay.