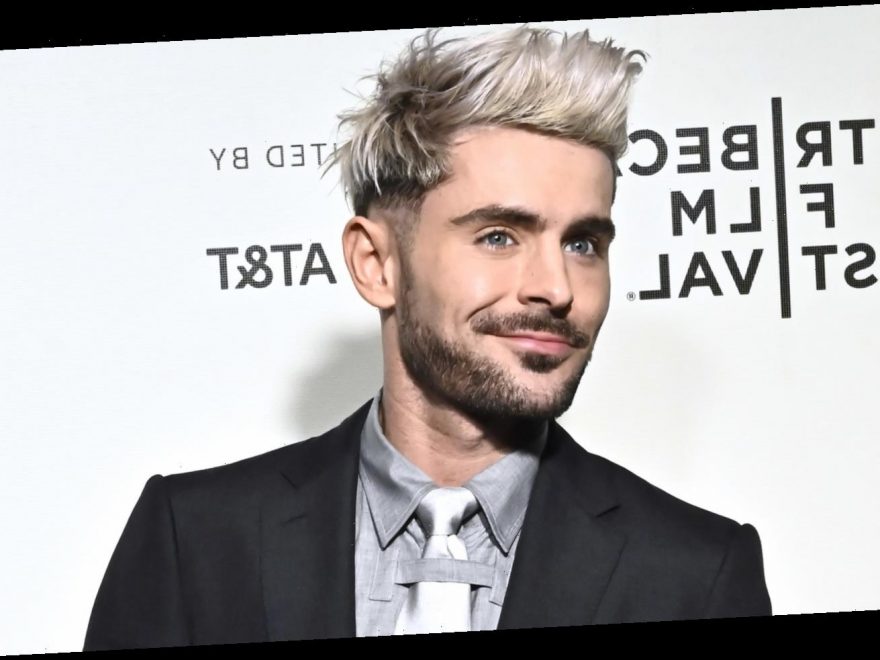 Business in the front, party in the back — Zac Efron just went there. In an Instagram post from Attaboy Hair, a salon in Adelaide, South Australia, we got a look at the Baywatch star’s new ‘do. The post read, “@zacefron dropped into @attaboy_hair Kent Town for a tidy up today, so we gave him a mullet.” It’s not a full-on Billy Ray Cyrus mullet, but the hairstyle is unmistakable. Efron seems all smiles in the post, so good on him for embracing a new look.

Zac Efron is in Australia filming his new movie, Gold, and has been living there since August (from news.com.au). Some see his new haircut as a way of embracing life Down Under, with one Australian tweeting, “Zac Efron has only been living here for a month and he already has a mullet. I shouldn’t be proud, but I am.”

Others think it made Efron into an even bigger sex symbol, with one tweeting, “Zac Efron has a mullet … and still looks hot. How does he look good in anything?!”

Buzzfeed checked in with Attaboy, and found out more about the visit. “He couldn’t have been more of a humble, down-to-earth guy,” the shop told the outlet. “We’re known for this hairstyle in South Australia, and we were surprised when Zac mentioned that he wanted to keep the back long. [Stylist] Luke explained the mullet concept, and he was all about it! He [gave] him the option of cutting it off if he didn’t rate it — but he was happy to rock the iconic style.”

The star is no stranger to daring and new hairstyles. Back in 2018, he posted a picture where’s he’s sporting dreadlocks, and he’s also rocked a striped beard and frosted tips (via Instagram), and ultra platinum blond hair that he debuted at the 2019 Sundance Film Festival (via E!).

Efron’s just the latest star to get in on the resurgence of the mullet. Miley Cyrus rocked a mullet in May, cut by her mother (via People), and Rihanna sported one out on the town recently as well (via People).