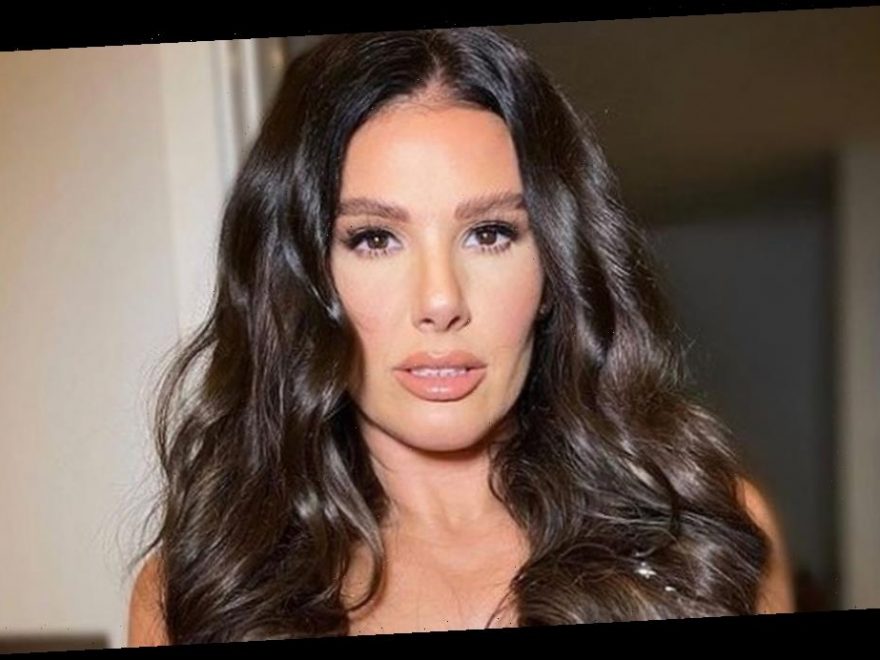 Rebekah Vardy left fans collecting their jaws from the floor as she unmasked her secret musical talent.

The 38-year-old's expertise are clearly endless as she showed off her beautiful piano playing for the first time.

The model wasted no time at all with taking to the keys and struck up an opportunity to showcase her skills when a recent photoshoot with her family took a brief break.

Thankfully, someone was on-hand to capture the moment that Rebekah played the harmonious song from memory.

Much to her fans' delight, Rebekah decided to share the video clip that saw her perched behind the instrument wearing a fabulous mermaid green Christmas frock.

The backless garment boasted a wonderfully daring side slit and plunged deep, exposing a flash of cleavage.

Her long brunette locks encompassed her toned body and flowed longly down her back in loose waves.

Ordinarily, the fact the model was wearing glam attire would have been enough to command all of the attention but her stunning performance certainly overshadowed her ensemble on this occasion.

Rebekah's followers could hardly believe that she had kept such a superb talent so quiet.

More surprisingly, the mum-of-five disclosed that she was actually self taught and had never had any tuition.

One person chirped: "How did I not know that you could play the piano?"

To which the football star's wife chimed back: "I taught myself by ear when I was seven! I just don't really show anyone."

Another fan added: "Wow Becky, this is brilliant, I've watched it on repeat."

While WAG and close pal Nicola McLean asked what we were all thinking: "Is there anything you can't do? lol."

Meanwhile, Rebekah recently revealed that she felt hopeful that her ongoing court battle with Coleen Rooney, nicknamed Wagatha Christie, may be settled soon.

Rebekah, who has always strongly denied claims is now suing Coleen, 34, for libel after her Instagram account had been accused of leaking stories to the press about Coleen's private life.

However it seems there could be a light at the end of the tunnel as the Dancing on Ice star told Hello! magazine: "The new year could potentially see a resolution between us.

"I'm sure the public are sick of reading about it too."