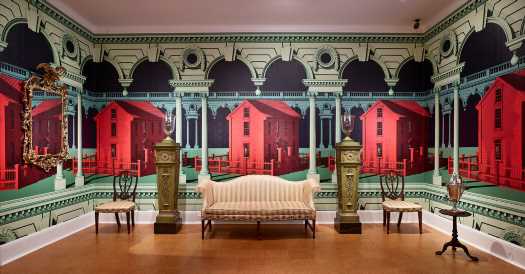 This article is part of our latest special report on Museums, which focuses on reopening, reinvention and resilience.

You thought a museum with no visitors would be a quiet one? Not last year it wasn’t — not when the longest closure of America’s cultural institutions since World War II coincided with intense scrutiny of just how those institutions behave. Leadership was working overtime. Staff and audiences raised their voices, sometimes angrily. It’s natural to want to get “back to normal” after such a devastating suspension; in Los Angeles, museums were closed for over a year. But American museums in 2021 have a far bigger challenge than flipping the lights back on.

The pandemic has pitted the accounts of the nation’s museums; earned revenue dropped to near-zero, and philanthropy has not made up the difference, even as board members’ portfolios enjoyed a bull run. Museums have had to slash their programming and payroll — the Nelson-Atkins Museum of Art in Kansas City, Mo., for example, has cut its budget by 25 percent. Some, including the Brooklyn Museum and the Baltimore Museum of Art, have entertained the once unthinkable step of selling off works from their collections. (It should still be just about unthinkable.)

Those cuts to personnel intensified the outrage against racism and discrimination in museums that accompanied the summer’s nationwide protests. The chief curators of the San Francisco Museum of Modern Art and the Solomon R. Guggenheim Museum in New York, as well as the directors of the Akron Art Museum and of Newfields (formerly known as the Indianapolis Museum of Art), all stepped down. Now museums have reopened nationwide, but tourists are absent and local audiences are only trickling in; at the Whitney Museum of American Art, attendance between August 2020 and March 2021 was down 80 percent compared with the same period the previous year. Expectations for museums are rising, but budgets are falling: not a good combination.

So as the pandemic abates (at least in the United States), museums have very little time to get smarter and sprier. What should a post-Covid museum be? How can its digital platforms become coextensive with its in-person programming, without losing the uniqueness of each? How can diversity and inclusion become an enterprise that extends past token gestures into the deep structure of the institution? How can they reach local audiences they have sometimes alienated, even as they foster global audiences and global partnerships?

In other words: how can the post-Covid museum be something new, something other than a diminished version of what came before? This special section offers a number of models, but here are 10 ideas for what could be done now. 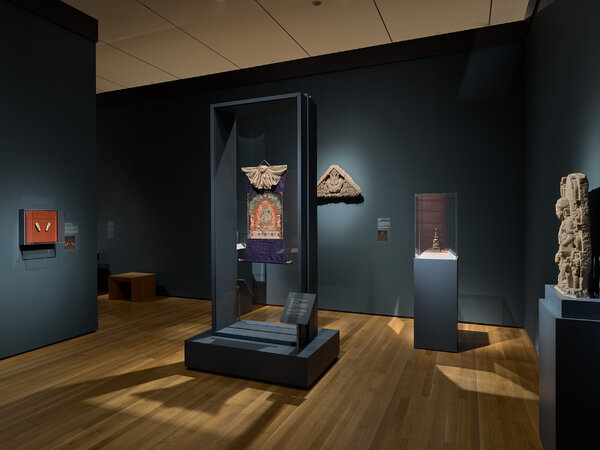 A museum exists to preserve and display objects and images — but for the last two decades, amid a surge in mass tourism, museums (art museums especially) have treated temporary exhibitions, rather than their permanent holdings, as the highest expression of their program. Now the pandemic has shrunk exhibition budgets, stanched consumer travel and choked shipping routes. But it has reaffirmed that a collection is a museum’s reason for being, and its potential is never exhausted.

The tide was already turning in 2019, when the Museum of Modern Art in New York inaugurated its new building with 100 percent of its galleries devoted to its own art, and announced a new approach to programming (and membership sales) that put collection displays first. These should be golden years for collection presentations, and young curators in particular should take this chance to redeploy collections for new aims. Look at the Cleveland Museum of Art, whose recent acclaimed show “Stories From Storage” absorbed hundreds of rarely displayed objects — medieval illustrations of plague saints, Tibetan thangka paintings, animal figurines from interwar Vienna — into a chorus of new meanings.

2. Think beyond the exhibition.

But a show may not always be the smartest route. At the Serpentine Galleries in London, the curator Lucia Pietroiusti’s “General Ecology” program has delved into climate and culture through conferences, publications, podcasts, reading groups, residencies, film screenings — and almost no exhibitions. If the post-Covid museum must first rediscover its own collection, it could also imagine new and interlocking forms of programming that stretch well past the gallery walls. An added bonus: such programming is usually cheaper and greener.

3. Join together and co-produce.

Opera and dance companies have been doing this for years: when a production gets pricey, they share the costs and then the glory. A post-Covid museum could distribute the burden of its largest undertakings — as will happen with this fall’s Jasper Johns retrospective, jointly organized by the Whitney and the Philadelphia Museum of Art. Institutions rightly appear to be getting more comfortable with joint collection acquisitions, as when the Los Angeles County Museum of Art and J. Paul Getty Museum co-acquired the archive of Robert Mapplethorpe, or the Philadelphia Museum and the Pennsylvania Academy of the Fine Arts together bought Thomas Eakins’s “Gross Clinic.”

Museums could also help themselves by fashioning more ongoing partnerships: consider L’Internationale, a consortium of seven European modern art museums (from the Museo Reina Sofía in Madrid to SALT in Turkey) with a common program of exhibitions, debates and online projects. Why shouldn’t a yearslong research initiative span two university museums, or three? Might a museum in Minneapolis, with its substantial Somali population, have an ongoing partnership with one in Mogadishu?

4. Partner beyond the art world.

From the American Museum of Natural History in New York to the Castello di Rivoli outside Turin, Italy, museums this spring have turned their galleries into vaccination sites. Why not let the doctors and nurses stay a while? Joining up with local hospitals, universities, labs and other (well-funded) research institutions seems a natural move for the post-Covid museum: imagine a psychiatrist collaborating on displays of portraiture, or a legal scholar engaging with the challenges of conceptual art.

Kudos to every museum that had its collection photographed and available online before 2020. When the doors shut, we needed that. But who foresaw that the biggest hit in digital museum programming would be an on-the-fly lecture series on Flemish and Italian painting, with the chief curator of the Frick Collection sipping on bourbon and wearing a dressing gown?

The Frick’s “Cocktails with a Curator” series, shot in the museum staff’s living rooms with no special equipment, racked up more than a million views — and affirmed two things. First, museums can engage with an audience far beyond their hometowns if the tone and the timing are right. Second, online audiences don’t expect a simulation of a gallery visit on screen. They want a museum experience native to the web — and that can be a little faster, a little less polished, a little more direct.

6. “Community” is more than a marketing term.

So many museums fluffed their response to the deaths of George Floyd and Breonna Taylor, thinking they could get by on email blasts and social-media solidarity like Instagram posts. If a post-Covid museum wants to do serious outreach, do it like the Queens Museum does: year-round community partnerships with organizations devoted to criminal justice or racial equality or environmental advocacy, that involve all departments of the museum. During lockdown one gallery was converted into a food bank, and local citizens showed up; it’s also hosted Covid testing and a voter registration site. Want to matter to a local audience? Ask them what they need.

“Make it new,” said Ezra Pound, but must you always? Last year the Rhode Island School of Design Museum regenerated a landmark 1970 exhibition by Andy Warhol as “Raid the Icebox Now,” with a year’s worth of programming that rethought Warhol’s interventions in the museum collection for new times.

This summer the Kunsthalle Basel, in Switzerland, will open “Information (Today),” which reimagines another famed 1970 exhibition — and translates its theme of art and data from the Cold War to the smartphone age. A nimbler post-Covid museum should look both outward and inward, into its own history, out to a new age.

8. Education is for everyone.

Among the most dreadful episodes of the pandemic year in the art world was the precipitous layoffs of museum educators; everywhere from MoMA to MOCA, those closest to the public got fired first. In the post-Covid museum education cannot be confined to a single department; it’s going to have to be everyone’s job. With cheaper and rougher digital tools — just do it on your iPhone, for goodness’ sake — every exhibition should become a Zoom classroom, a podcast lecture, a Twitter thread.

In past, more well-off years most big American cities got a major new museum building, many less hospitable to art than their designers promised. (How many oversized, underused glass atriums can you name?)

If you want a model for designing the post-Covid museum, look to the brilliant French architects Lacaton & Vassal, this year’s winners of the Pritzker Prize, who refit existing structures with minimal interventions and no demolition. Their Palais de Tokyo in Paris — Europe’s largest contemporary art center, and one of its least polished — proves that art doesn’t need pristine spaces; it needs spaces that work. (It is scheduled to reopen on May 22.)

The most important lesson of the pandemic year: when the old habits gets washed away, knowing what you stand for matters. You can’t put pretty pictures on walls and treat the rest as auxiliary. The post-Covid museum, if it is to have a life at all, has to boil down its purpose to an essence, and then put that mission in motion in a hundred different ways: hi-res and low, permanent and fleeting, academic and popular, all together. Once you figure out why you are here, let it radiate.

Jason Farago, critic at large for The New York Times, writes about art and culture in the U.S. and abroad.