Victor Salazar may have come out as gay to his conservative family, but he’s about to learn that the road to living as his authentic self might still take a few detours.

Hulu on Thursday unveiled the trailer for Season 2 of its LGBTQ teen series, “Love, Victor,” showing its titular character (played by Michael Cimino) at odds with how to present himself as “the perfect level of gay that will keep everyone happy.”

From the looks of it, Victor’s Creekwood High School classmates will experience similar growing pains when the show returns June 11. His ex, Mia (Rachel Hilson), isn’t sure how she feels about her father remarrying and welcoming another child. Meanwhile, his best friend, Felix (Anthony Turpel), is deeply smitten with new girlfriend, Lake (Bebe Wood), but facing a troubling reality at home.

Fortunately, it isn’t all gloom and doom, as Victor appears to be gearing up to take his relationship with boyfriend Benji (George Sear) to the next level. Indeed, snippets of the couple holding hands as they stroll through Creekwood’s corridors are almost too cute for words. 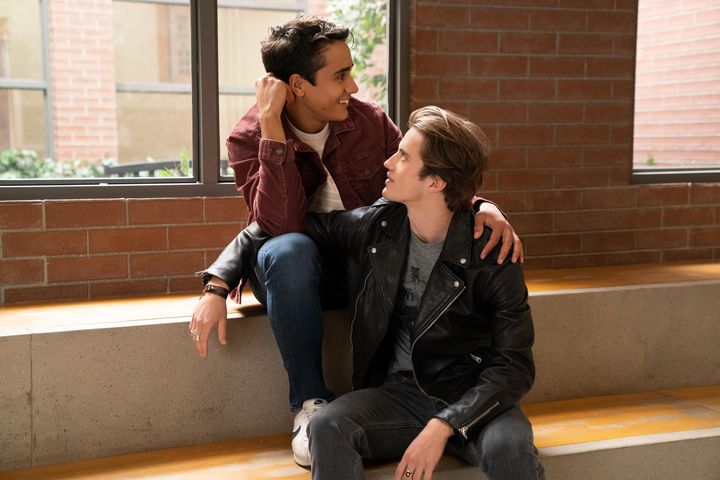 After a shaky rollout, “Love, Victor” debuted on Hulu last year to respectable reviews. The series is a spinoff of the 2018 movie “Love, Simon,” which was billed as Hollywood’s first mainstream comedy to focus on a gay teenager.

In an interview with HuffPost last year, showrunner Brian Tanen said he aimed to look beyond the privileged (and mostly white) world of “Love, Simon” to ensure the series would reflect “the real stories of people whose experiences are not always ideal.”

“Victor’s journey will feel familiar in that he has religious ideas and cultural expectations to contend with,” he said at the time. “There are complications to this character being himself. … It’s also about a kid who has relationships and explores the sexual parts of his identity. So it’s our hope that Victor will experience those things as he gets older, like a real young adult.”

Catch the trailer for Season 2 of “Love, Victor” below.