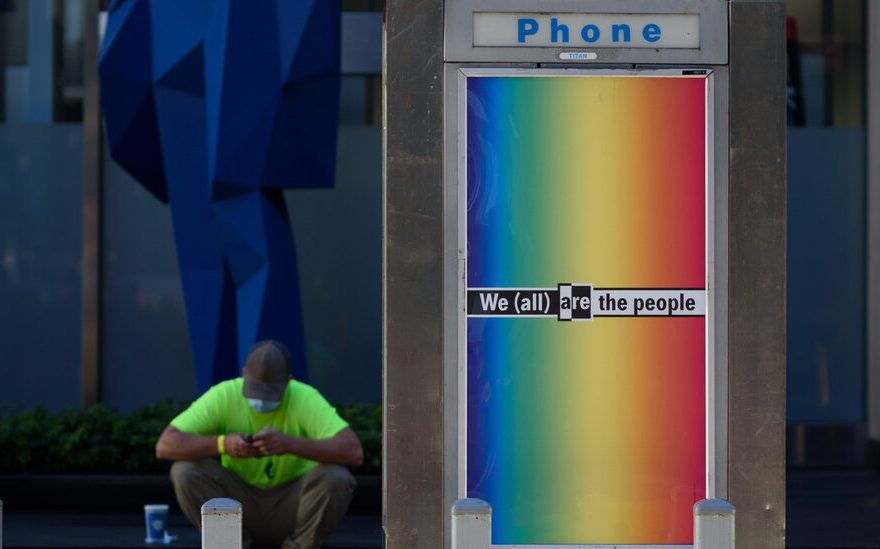 Phone Booths With a Message 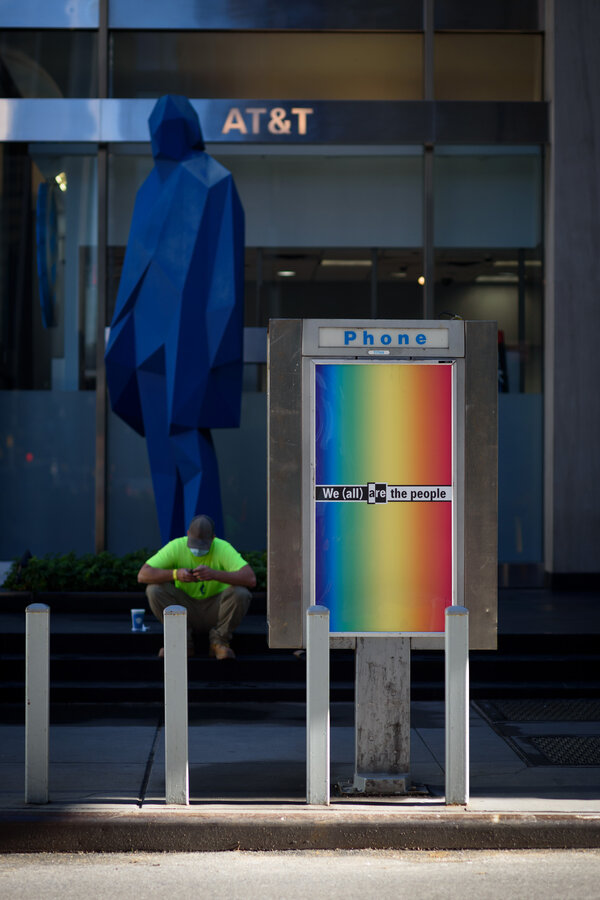 The phone booths along Sixth Avenue from 51st to 56th Streets have been taken over by works from the outdoor exhibition “Titan,” on view until Jan. 3. Among them is Glenn Ligon’s text sculpture “Aftermath,” on the corner of 56th Street. It reads, “Nov. 4, 2020” — the day after the presidential election.

Lou Reed’s Feast for the Ears, and Eyes

When Lou Reed released “Berlin” in 1973, his label promoted it as a “film for the ear.” An ambitious concept album about addiction and the dissolution of a marriage, it did have a certain cinematic sprawl. But critically and commercially, “Berlin” was a bust.

Only decades later would it become a film for the eyes as well. Reed performed the album — which has been looked upon more favorably in recent years — live for the first time in 2006, at St. Ann’s Warehouse in Brooklyn. The painter Julian Schnabel directed the show and made it into a gritty concert documentary, splicing footage of the performance with dramatized B-roll depicting the ill-fated couple at the center of the album’s narrative.

St. Ann’s Warehouse will wrap up its virtual fall season with Schnabel’s film, “Lou Reed’s Berlin.” It will be available to stream free on St. Ann’s website starting on Friday at 7:30 p.m. Eastern time through Nov. 29 at midnight.
OLIVIA HORN

Of Family and Love

Ohad Naharin, the house choreographer of the Batsheva Dance Company in Israel, is one of the most influential dance makers in the world. His uninhibited aesthetic — with its directness, loose-jointed eccentricity and oddball sex appeal — is often imitated, seldom equaled. And now, for the first time, he has adapted one of his works for film.

“YAG: The Movie” is streaming on Saturday at 9 p.m. Eastern time (tickets, around $15, are available through the Batsheva website). But don’t be misled by the title. This is a stage work: a 50-minute piece for six dancers, made in 1996 and filmed at one of Batsheva’s studios in October.

It’s an exemplary recording, though. A calm, close camera increases the intimacy, heightening the impact of the signature Naharin gaze, looking right at you. This is a work explicitly about family and the love of dance. Obliquely exposing tenderness and beauty, it sets dance against death.
BRIAN SEIBERT

Musicians With a Mission

Most tween and teenage rockers make far more music than money. But the youth bands in a virtual concert on Sunday plan to earn plenty — all for a good cause.

At 6 p.m. Eastern time, they will star in an hourlong show streaming on the website and Facebook page of the nonprofit Kids Rock for Kids. Throughout the free performance, families will be encouraged to donate to this three-year-old organization, which Dave Miller and Lisa Schorr, who are each parents themselves, founded to benefit children’s charities. The event, Kids Rock for Kids World Encore, is the group’s second this year on behalf of UNICEF. (The first raised $5,000.)

Playing original material and covers, the 17 bands include Six Continents, whose name reflects its members’ origins. (It would be Seven Continents, but no one was rocking out in Antarctica.) Other groups hail from Australia, Argentina, India, Spain, Colombia, Britain and the United States. Young New Yorkers, take note: Three have roots in Brooklyn.
LAUREL GRAEBER

In recent years, the saxophonist, composer and improviser Ingrid Laubrock has moved adroitly between writing for small ensembles and for orchestral groups. (In doing so, she has been following an example set by mentors like Anthony Braxton.) On her double album, “Dreamt Twice, Twice Dreamt,” due out on Friday, Laubrock gives listeners the best of both worlds.

On the first disc, Laubrock and some regular collaborators are joined by the conductor Susanne Blumenthal’s EOS Chamber Orchestra, of Cologne, Germany. The second disc includes earlier versions of some of the same compositional material in arrangements for more slender forces. The differences are intriguing throughout. The fitfully propulsive opening track, “Dreamt Twice,” features rich writing for the EOS players, starting in the third minute. (The finale also includes some sighing, songful string lines.) At the end of the double album, you can hear how the closely related work “Twice Dreamt” makes a more ambient impression.
SETH COLTER WALLS