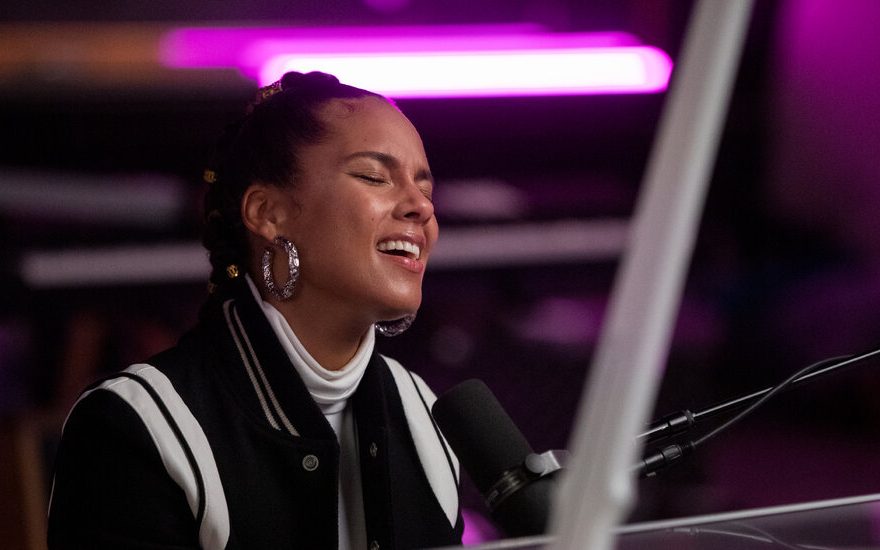 Our critics and writers have selected noteworthy cultural events to experience virtually or in person in New York City.

Exploring New York, Inside and Out 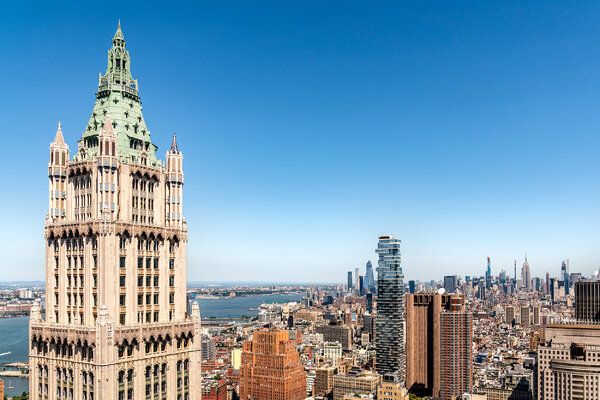 Open House New York Weekend, an annual celebration of the city’s architecture and urban design, was created in response to Sept. 11 and began two years later in 2003. With some questioning whether New York is dead, now is an opportune moment to remind its residents what makes their city so special.

This year’s festival provides more than 150 online and outdoor programs, links to which will be available on Saturday and Sunday at ohny.org, where you can set up a personalized itinerary. From your computer, you can explore places like the Westbeth Home to the Arts and the Waterfront Museum and Showboat Barge. In the Black Gotham Experience tour, the artist and historian Kamau Ware examines how the African diaspora has influenced the city’s development. The festival also offers podcasts; a handful, from the “Sites and Sounds” series, remember past landmarks such as the Domino Sugar Factory and Ebbets Field.

If you are keen on venturing outside, take one of the self-guided tours, which include a stroll through Freshkills Park on Staten Island and visits to the many Art Deco buildings in the Bronx, Manhattan and Brooklyn. Or go on a five-borough, 36-hour scavenger hunt called “Now What, New York?”; tickets are $15 for teams of one to two people, and $25 for teams of three to six.
MELISSA SMITH

In Her Best Groove

The guitarist and MacArthur fellow Mary Halvorson works in all kinds of scenarios, but there’s no better way to get acquainted with her wavy, wiry style than to hear her play with Thumbscrew. In that trio, featuring the drummer Tomas Fujiwara and the bassist Michael Formanek, a playfully sympathetic rapport prevails whether the group is handling jazz standards, Brazilian folk songs or one of the bandmates’ own deceptively precise compositions.

When hearing Halvorson, you savor the rich natural tone and flavor of the guitar even while she’s twisting it up with effects and playback-scrambling pedals. On the low end, Formanek knows how to sound like he’s in support even when he’s right up front, locking into patterns around Halvorson and casually breaking them apart.

The group’s latest album, “The Anthony Braxton Project,” released in July around that composer’s 75th birthday, paid homage through covers of previously unrecorded Braxton originals. When Thumbscrew plays a livestream on Friday at 8 p.m. Eastern time from Roulette in Brooklyn, the group will be celebrating Halvorson’s 40th birthday, and the focus will largely be on the band’s own tunes; expect a preview of some material from its forthcoming album, “Never Is Enough.” The stream is free and can be viewed on Roulette’s website or YouTube channel.
GIOVANNI RUSSONELLO

Putting a Personal Spin on a Digital Season

When it comes to attending live dance, few experiences beat entering the shimmering bronze auditorium of the David H. Koch Theater for a New York City Ballet performance. That’s obviously not an option now, so in lieu of that grand welcome, City Ballet’s digital fall season offers a more intimate alternative: an introduction by a company dancer reflecting on his or her personal relationship to the work.

Every Tuesday in October brings a new program of previously filmed performances stitched together to mimic an evening at the theater. Through Tuesday, the principal dancer Ashley Bouder prefaces a lineup that features George Balanchine’s “Duo Concertant,” as well as excerpts from Jerome Robbins’s “Dances at a Gathering” and Balanchine’s “Brahms-Schoenberg Quartet” and “Symphony in C.” The programs are available free at NYCBallet.com, and on the company’s Facebook page and YouTube channel.

Starting on Wednesday, you can also see the City Ballet principal dancer Sara Mearns with David Hallberg in a new duet by Christopher Wheeldon as part of this year’s Fall for Dance Festival. It comprises newly commissioned works, performances of which will be livestreamed and then available on demand through Nov. 1 at NYCityCenter.org (tickets are $15). Program 1 also includes a solo created and performed by Alvin Ailey’s Jamar Roberts; Program 2 premieres on Oct. 26.
BRIAN SCHAEFER

Mamas, Don’t Let Your Babies Grow Up to Be Playwrights

Doing research for a new show, the hip American-born playwright is trying to coax his immigrant mother into talking about her past. He isn’t having much success.

“It’s going to be a story about you and Dad,” he tells her, “about Vietnam, about the war.”

Also, she informs him: “‘Playwright’ in Vietnamese means ‘poor.’”

Qui Nguyen’s irreverently funny audio play “Outtakes” — part of Playwrights Horizons’ podcast series “Soundstage” — is scarcely more than 15 minutes long, so it’s unfair to quote too much. You might as well just pop in your earbuds and listen.

It’s like an expanded, alternate version of the epilogue to Nguyen’s Off Broadway comedy “Vietgone,” which fictionalized his parents’ early years together as immigrants who fled Vietnam at the end of the war. But “Outtakes” is also a work that can stand alone.

Directed by May Adrales, the play is structured as a fast-paced collage of excerpts from taped interviews between the playwright character (Jon Norman Schneider) and his parents (Paul Juhn and Maureen Sebastian). Challenging assumptions both cultural and generational, it has a warmth that makes it uplifting.
LAURA COLLINS-HUGHES

Exposing the Inner Workings of a Song

Few podcasters have leveraged the audio format as compellingly as Hrishikesh Hirway. Since his podcast “Song Exploder” debuted in 2014, it has offered music nerds the opportunity to crawl inside the brains of songwriters, from Lorde to Fleetwood Mac to Big Boi, and dissect their creative choices. Hirway traces the origin stories of specific songs, identifying key collaborators and drawing out their tales from the studio. Featured artists hand over the keys to their kingdom in the form of audio files that segment songs into their component parts, which Hirway uses to isolate key musical elements that may not stand out — “sounds that you feel but don’t hear,” as Alicia Keys calls them in a new, visual adaptation of the podcast.

“Song Exploder” pivoted to video in partnership with Netflix, where four new episodes of the series are now available to stream. Though the season is brief, its eclectic mix of talent and featured songs — Alicia Keys and Sampha (“3 Hour Drive”), Lin-Manuel Miranda (“Wait for It”), R.E.M. (“Losing My Religion”), Ty Dolla Sign (“L.A.”) — is sure to satisfy fans of many persuasions. Longtime listeners will be pleased to know that the show’s focus remains on audio; much of the time, the visuals are more atmospheric than informative, and they retain the signature intimacy of the show’s original format.
OLIVIA HORN

Long before Harry Potter, another aspiring wizard discovered the power — and the perils — of magic. The Little Orchestra Society is now recreating part of that hapless hero’s experience in “An L.O.S. Halloween Bash: The Sorcerer’s Apprentice!”

Like the past live performances of the L.O.S. Kids series, which is for ages 3 to 10, this hourlong virtual program features the fanciful (and fictional) Professor Treblemaker. Seeking the ideal Halloween costume, he finds inspiration not just in the Paul Dukas composition mentioned in the program’s title, but also in passages from other works. They include Mussorgsky’s “Night on Bald Mountain,” Stravinsky’s “Infernal Dance” and the Mexican-American composer Jorge Sosa’s new “The Monarch of Uxmal.” Narrated in Spanish and English and rooted in Mayan legend, Sosa’s piece celebrates a girl who saves the rainforest.

Concert viewing is available first to families who buy tax-deductible society memberships, which start at $199 and include pre- and post-program video activities, as well as on-demand streaming of all four of the season’s programs for at least two weeks after their premieres. At 10 a.m. Eastern time on Friday, when the Halloween event begins to stream, the society will also offer rush admission for $25 at littleorchestra.org/virtual-concerts, which enables on-demand access for a week.

The society suggests that children attend in costume and prepare to be spellbound.
LAUREL GRAEBER

Writing for The New York Times this summer, the artist George E. Lewis provided a corrective for what he described as the “cone of silence” that has long suppressed discussion of Black composers. His streaming-music playlist humbly steered clear of his own pieces. But make no mistake: Lewis is still on his own late-career hot streak, as evidenced by “As We May Feel.”

That chamber composition opens the CD “Breaking News,” released in late July by the Vienna-based new-music group Studio Dan. Lewis’s effort joins another substantial entry, “Wow and Flutter,” by Oxana Omelchuk. Though the album is not available on streaming services, excerpts can be heard on an official SoundCloud playlist.

Lewis’s 25-minute track culls energy from techniques of classical experimentalism — as well from brass and wind accents that recall Duke Ellington. Still, the delight doesn’t come from clocking each ingredient as an isolated incident; instead, the thrill is in noticing how reimagined and reconstituted the influences can sound inside Lewis’s fully notated score.

Omelchuk’s piece also deals with a wide swath of aesthetics. Since her writerly method in this opus is more sectional in nature, her approach is an ideal foil for Lewis’s — making the CD worth the wait for its arrival via snail mail.
SETH COLTER WALLS

A Second Act That Feels Right

“I was living the dream, but something was wrong,” Julia Scotti says when recounting the first act of her comedy career in Susan Sandler’s documentary “Julia Scotti: Funny That Way.” In the 1980s, Scotti was an up-and-coming comedian named Richard Gagliardi (later Rick Scotti), representing the state of New Jersey in the Showtime competition “Funniest Person in America” and headlining and touring clubs across the country. By the late ’90s, Scotti realized her true gender identity, and, in the 2000s, dropped out of comedy, underwent transition surgery and became a teacher.

Sandler started working on the documentary five years ago, just in time to catch Scotti’s comeback in 2016 on “America’s Got Talent.” The film captures Scotti’s past and present, in public and private, from performing gigs around Manhattan to sharing moments with her children. In one scene with her son, Dan, Scotti watches an old bit she did when she was still a man, mocking transsexuals who had appeared on “Geraldo.” She tells Dan, “Wow. I told you, I was having issues.”

“Julia Scotti: Funny That Way” makes its virtual debut as part of this year’s online version of New Fest, an annual New York L.G.B.T.Q. film festival. The documentary, which is followed by a Q. and A., will stream from Friday to Oct. 27.
SEAN L. McCARTHY

What did Michael Che say about Simone Biles?

Will The Grand Tour be set outside the UK again?
Entertainment