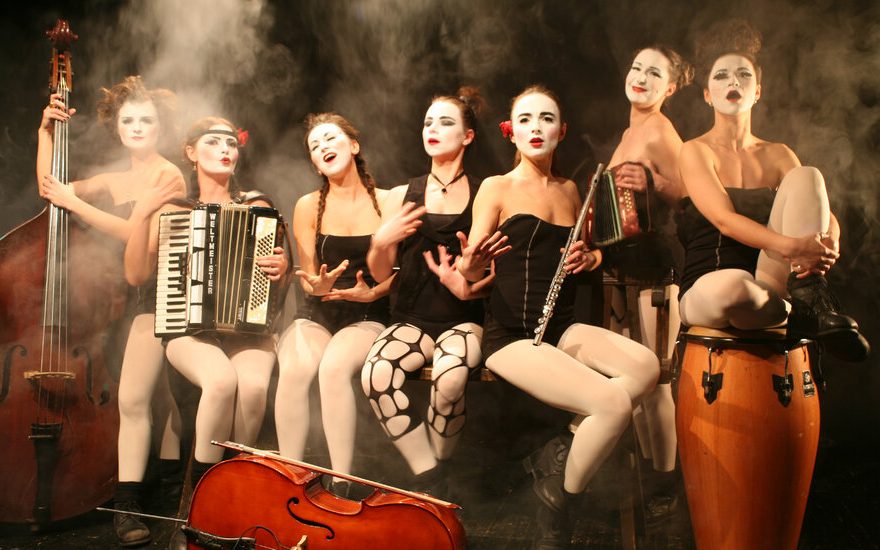 Every February, the Brecht Festival turns the southern German city of Augsburg into a hub of theater, concerts, literature and art that spill out from its main theater to neighborhood parks, cinemas and even the planetarium.

This year, because of the pandemic, this interdisciplinary theater festival named for Bertolt Brecht — the towering playwright and stage theorist who was born in Augsburg in 1898 — is taking place online. Yet unlike many festivals that have offered web editions as a stopgap measure once an in-person event was deemed unsafe, this year’s Brecht Festival, which began Feb. 26 and runs through March 7, was designed top-to-bottom as a digital-only event.

Rather than livestream a handful of conventional stage productions, the festival’s artistic directors, Tom Kühnel and Jürgen Kuttner, invited dozens of artists to produce short films and audio recordings for the lineup, curating a program that runs the gamut from films and experimental video to poetry slams, concerts, readings, animation and puppetry. Most of the videos are less than an hour long; many are far shorter.

The result is a genuinely new, pandemic-suitable format that still fulfills the Brecht Festival’s mission of showcasing art and performance in the spirit of the playwright’s influential work. Each evening, the festival presents a number of productions as online premieres, and they are available on demand throughout the event. 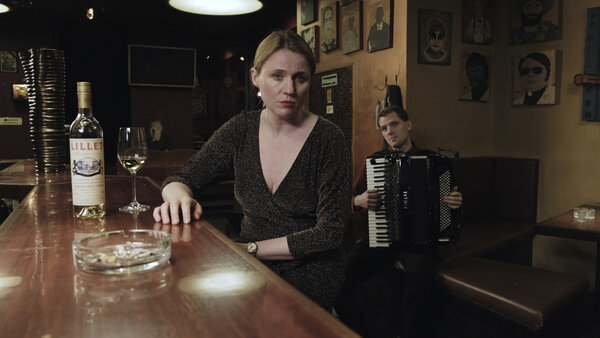 Among those, the musical contributions have been the festival’s most accessible and entertaining entries. In addition to his contributions to theater, Brecht was one of the great poets of the 20th century: Many of his best-known texts were lyrics set to music by the composers Kurt Weill, Hans Eisler and Paul Dessau.

A highlight from the opening night is a raucous concert by Dakh Daughters, a stylish and impossible-to-categorize Gypsy cabaret girl band from Kyiv, Ukraine, who croon their own versions of Brecht poems in both Ukrainian and German while playing an array of acoustic instruments.

A similar energy courses through two poetry slams in which young German poets present Brecht-inspired work to the accompaniment of drum, synths and bass. Henrik Szanto and Tanasgol Sabbagh are dramatically captivating as they chant over a jazzy improvisation, in videos filmed with verve in Augsburg’s Textile and Industrial Museum.

Another muscular, if more conventional, entry is an abridged version of the 1929 Brecht-Weill musical, “Happy End.” Filmed in various locations in Berlin, it features the chanteuse Winnie Böwe in warm and intimate renditions of some of Weill’s most famous songs, including “The Bilbao Song” and “Surabaya Johnny,” accompanied by Felix Kroll on accordion.

One of the festival’s most constant pleasures has been “20th-Century Heroes Sing Brecht,” a sophisticated series of music videos by the brilliant puppeteer Suse Wächter, released nightly throughout the event. They include uncannily expressive puppets of Yoko Ono, Karl Marx, God, Lenin and Brecht himself performing some famous songs with lyrics by the playwright. (Wächter does outstanding impersonations!)

The video in which the socialist leader Rosa Luxemburg chants “The Ballad of the Drowned Girl” on the banks of the Berlin canal where her body was thrown in 1919 is particularly moving. In a more lighthearted example, Luciano Pavarotti belts out the “Children’s Hymn” — Brecht’s answer to Germany’s national anthem — in an empty soccer stadium, in the rain.

The largely overlooked artistic contributions made by Brecht’s numerous lovers are highlighted in other new works on the program, including the director Akin Isletme’s short film “I Am Dirt.” The title comes from a text by the actress, writer and Brecht paramour Margarete Steffin, whose poetic voice merges with dialogue from Brecht’s own plays.

Among the three actors in the film, Stefanie Reinsperger, who conceived the project jointly with Isletme, is the most impressive. A member of the Berliner Ensemble, the theater founded by the playwright in 1949, Reinsperger is one of today’s finest Brecht interpreters. Set largely in a derelict rail yard, the short film showcases her bravura acting, the incantatory power of the dialogue that Brecht often wrote with lovers like Steffin, and the visual power of the director’s cool, wide-screen compositions.

“I Am Dirt’s” dialogue also features excerpts from texts by Helene Weigel, Brecht’s second wife and his Berliner Ensemble co-founder: Their relationship is further explored in a meditative black-and-white film essay by Lina Beckmann and Charly Hübner based on their correspondence, on the festival program as well.

The varied multimedia offerings contain surprisingly little in the way of conventional theater. It says a lot that the most straightforward theatrical adaptation is a short film based on “Medeamaterial,” a text collage by the German playwright Heiner Müller. The festival directors, Kühnel and Kuttner, have turned this 1983 work exploring the mythological figure of Medea into a dense, eye-poppingly colorful and at times trippy short film, with archival cameos from the Italian movie director Pier Paolo Pasolini and the left-wing German terrorist Ulrike Meinhof.

Müller, arguably the most important German playwright of the late 20th century, wrote, “To use Brecht without criticizing him is treason.” In more ways than one, this year’s Brecht Festival seems to respond to Müller’s idea.

As eclectic as its offerings are, they make sense as episodes in a compact yet varied whole, with its own internal logic. Despite their stylistic differences, what unites most of them is the care with which they’ve been made: Nothing here is slapdash or slipshod. Plus, an online festival built from short episodes is a format that seems designed to thwart burnout. As far as online theater festivals go, this one is practically binge-worthy.

When theaters put their plays and festivals online, they’re no longer competing against other local playhouses, but rather against streaming behemoths with vastly superior resources and sophisticated means to command and hold our attention.

Most every aspect of the 2021 Brecht Festival suggests how completely the artistic directors understood this. The robust program offers a vaster spectrum of theater, music, multimedia art and literature in a single place than anything else I’ve seen in the last 12 months. By dint of creative planning and professionalism, the artistic team has found ways to excite, surprise and delight the festival’s remote audience: 1,500 tickets, priced at 12 euros for adults, or $15, were sold on the opening weekend.

Impressive as it has all been, however, I look forward to being in the audience when a live Brecht Festival again lights up Augsburg’s stages in 2022.