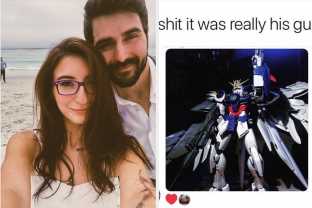 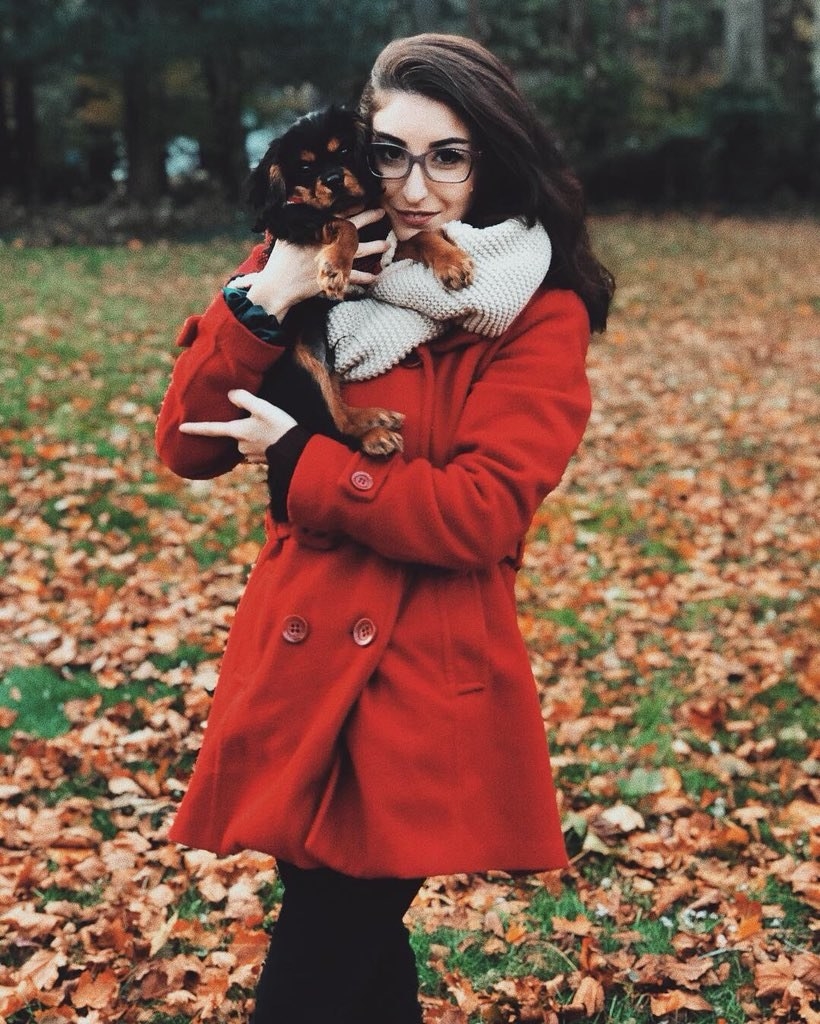 When a guy Elizabeth Howley met on Tinder offered to send her a picture of his “Gundam,” she thought exactly what you’re thinking: She was sure she was about to get an unsolicited dick pic.

It all started when they matched based on her bio, which said “buy me anime figures and let me cuddle your pets.” They chatted about anime before switching to Instagram, which is when he dropped the Gundam line.

“I’m bitter and not straight and I was like, oh man, this is going to be some kind of euphemism,” Howley told BuzzFeed News. 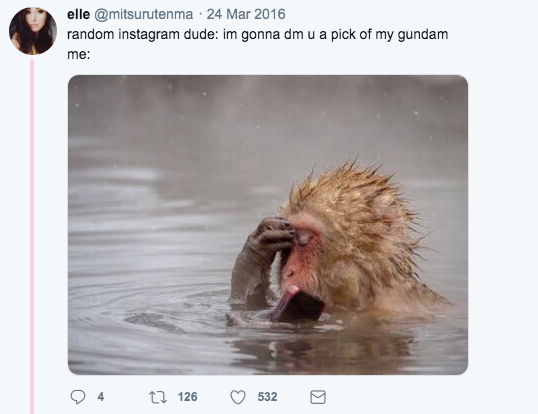 She tweeted about it at the time, which was back in 2016.

Well, much to her and everyone else’s surprise, the guy actually wanted to send a picture of his Gundam, from the anime franchise.

“I joked about it on Twitter and it turned out to be a really well constructed Gundam figurine,” she said. 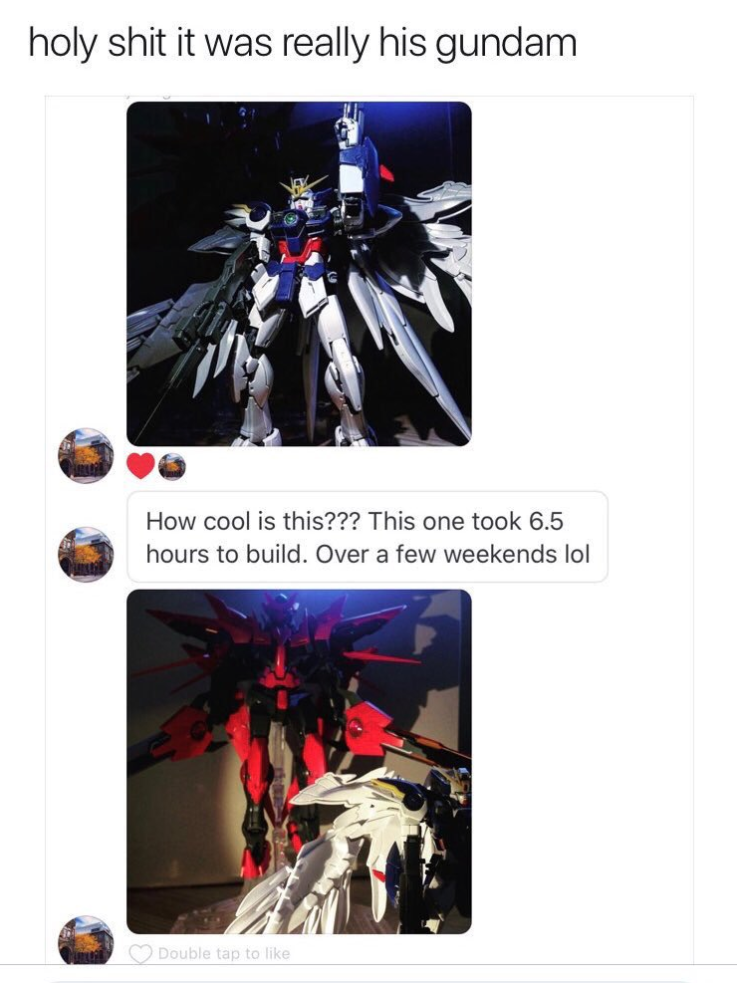 Her tweets picked up hundreds of likes and people became very invested in her relationship with Gundam Guy, as he became known. They had their first date at a food and wine festival and found out they had actually attended the same school and had some friends in common. 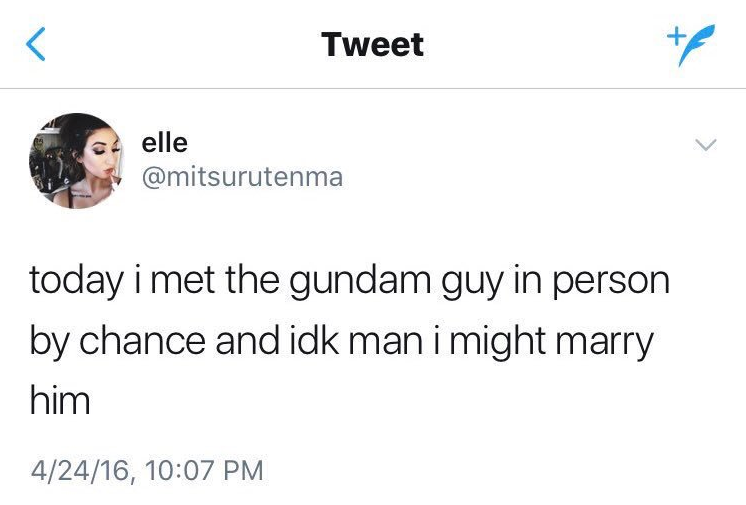 “We ended up having an incredible time together and the rest is history,” Howley said.

She continued tweeting updates on her relationship with Gundam Guy, whose real name is John. 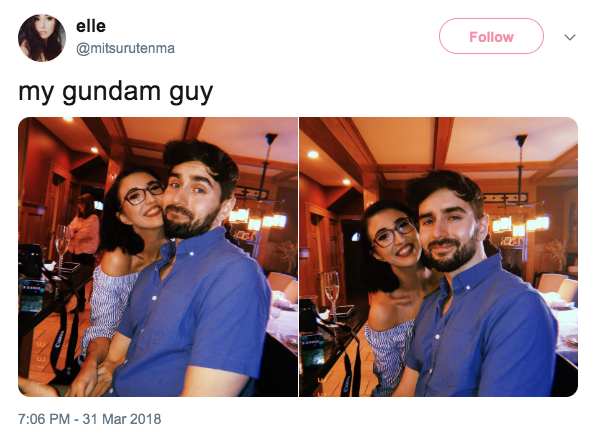 Finally, last fall while on a trip to Boston, they went skating and Gundam Guy got down on one knee on the ice and proposed. And on Aug. 1, they became “Mr. and Ms. Gundam.” 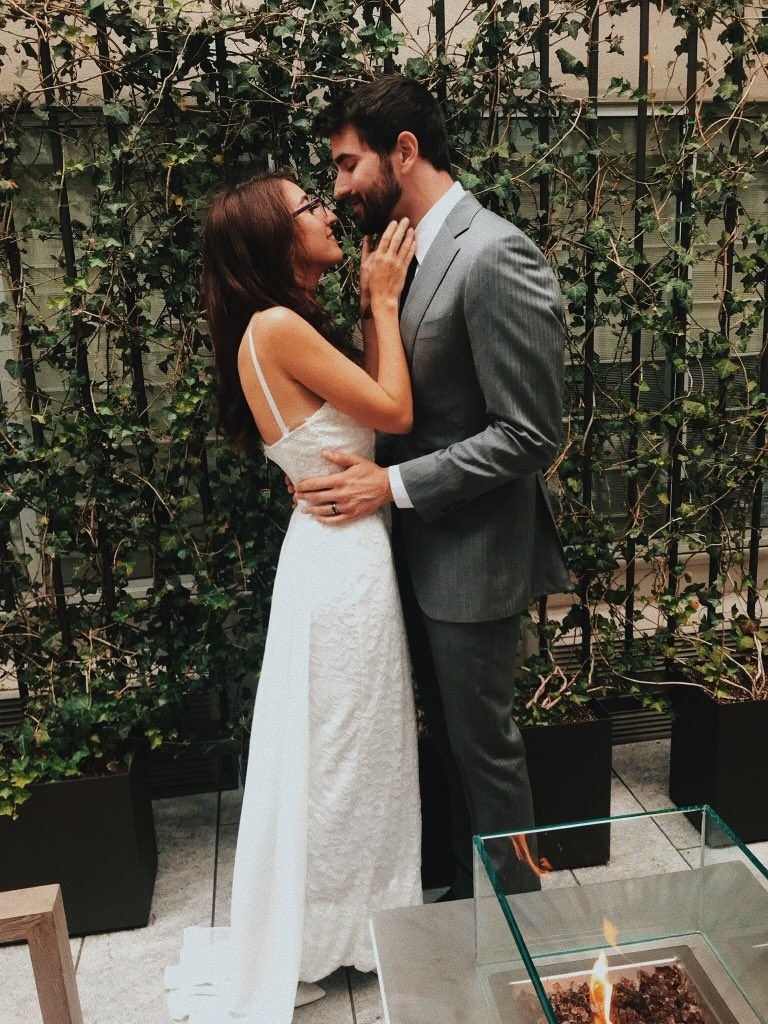 They got married in a small ceremony in San Francisco, with an officiant they found on the internet that day. 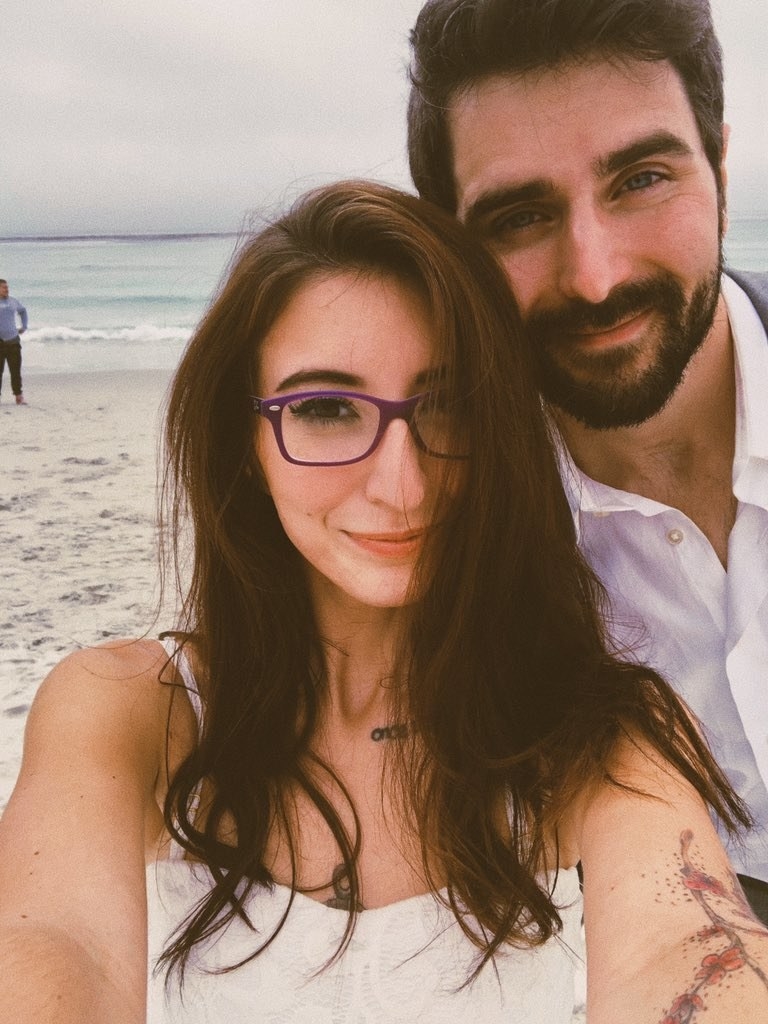 Howley recapped their whole journey in a tweet, which quickly went viral.

Turns out they’re not the only ones to have found love with Gundam figurines.

There’s someone out there for everyone.

“People are just wishing us the best and the most touching thing is when they say they saw our tweet a couple of years ago and are really happy to see we got married,” she said. “It’s just really amazing to see people following along with us.”