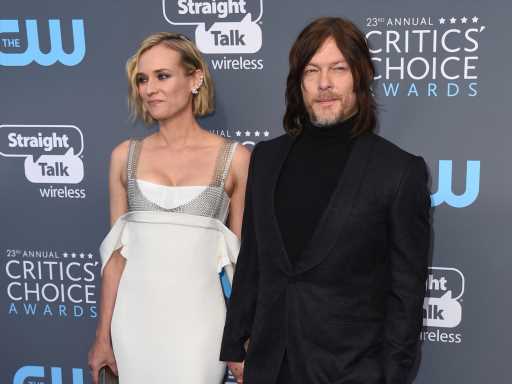 It seems like Norman Reedus and Diane Kruger have always been together because they are such a tight unit, but that wasn’t always the case. Their love story started like many other actors — on the set for indie film, Sky. Of course, there were a few obstacles in the way, like other relationships. So the dating didn’t begin immediately, even if the chemistry did.

It was a hard thing to deny the attraction while they were promoting the film, especially when Reedus was calling Kruger “the prettiest of co stars” (uh, not awkward at all for her then-boyfriend Joshua Jackson) on his social media pages. Alleged hookups and sightings began to happen as early as December 2015 between Reedus and Kruger, but it took until July 2016 for her relationship with Jackson to end for good.

Moving forward it was just the two of them and it looks like a deep, romantic love has developed over time. Kruger embraced Reedus’ son, Mingus Lucien, 21, from his former relationship with supermodel Helena Christensen, and the duo started their own family together, welcoming a daughter in 2018. With the news of their engagement recently breaking, it’s time to take a look back at how this beautiful love story began — and where it is headed next.