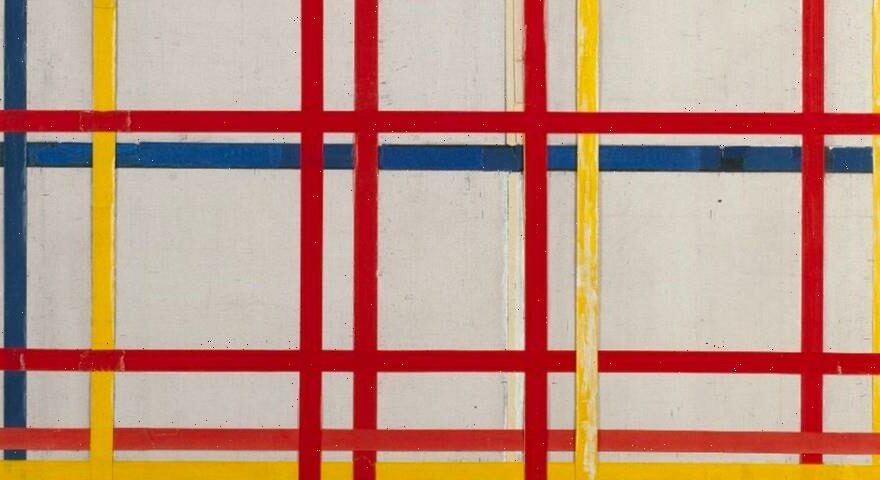 While art is open to a seemingly infinite set of interpretations, the actual positioning of any given work is less a topic of serious discourse. But one art historian has determined that Piet Mondrian’s New York City I (1941), which has exhibited at various institutions, including the Museum of Modern Art (MoMA) in New York, has been hung upside down over the past 75 years.

The composition features a geometric grid of overlapping yellow, red and blue lines atop a raw canvas backdrop, where near the bottom, the lines begin to noticeably thicken — resembling an abstracted skyline. According to curator Susanne Meyer-Büser, who was conducting research on the artwork in lieu of a new exhibition on Mondrian at the Kunstsammlung Nordrhein-Westfalen: K20 (where the painting has hung since 1975), the “thickening of the grid should actually be at the top, like a dark sky,” she said in a statement.

Meyer-Büser and several other researchers came to this conclusion by comparing the painting to a similarly titled piece, New York City (1942), on view at the Centre Pompidou in Paris, which prominently features the grid thicken toward the top of the canvas. “Once I pointed it out to the other curators, we realized it was very obvious. I am 100% certain the picture is the wrong way around,” she added.

While it’s unclear how and why the painting was hung upside down in the first place, New York City I will continue to hang upside down due to the fragility of the piece. “The adhesive tapes are already extremely loose and hanging by a thread,” Meyer-Büser reiterated, adding that “if you were to turn it upside down now, gravity would pull it into another direction. And it’s now part of the work’s story.”