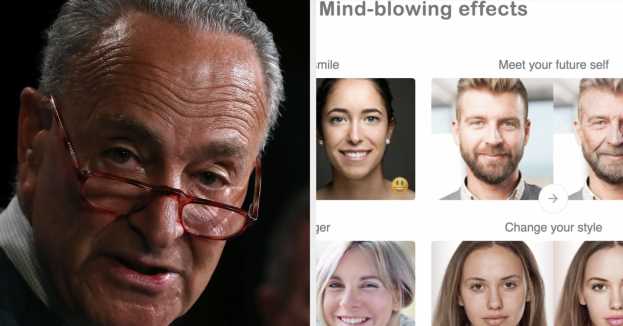 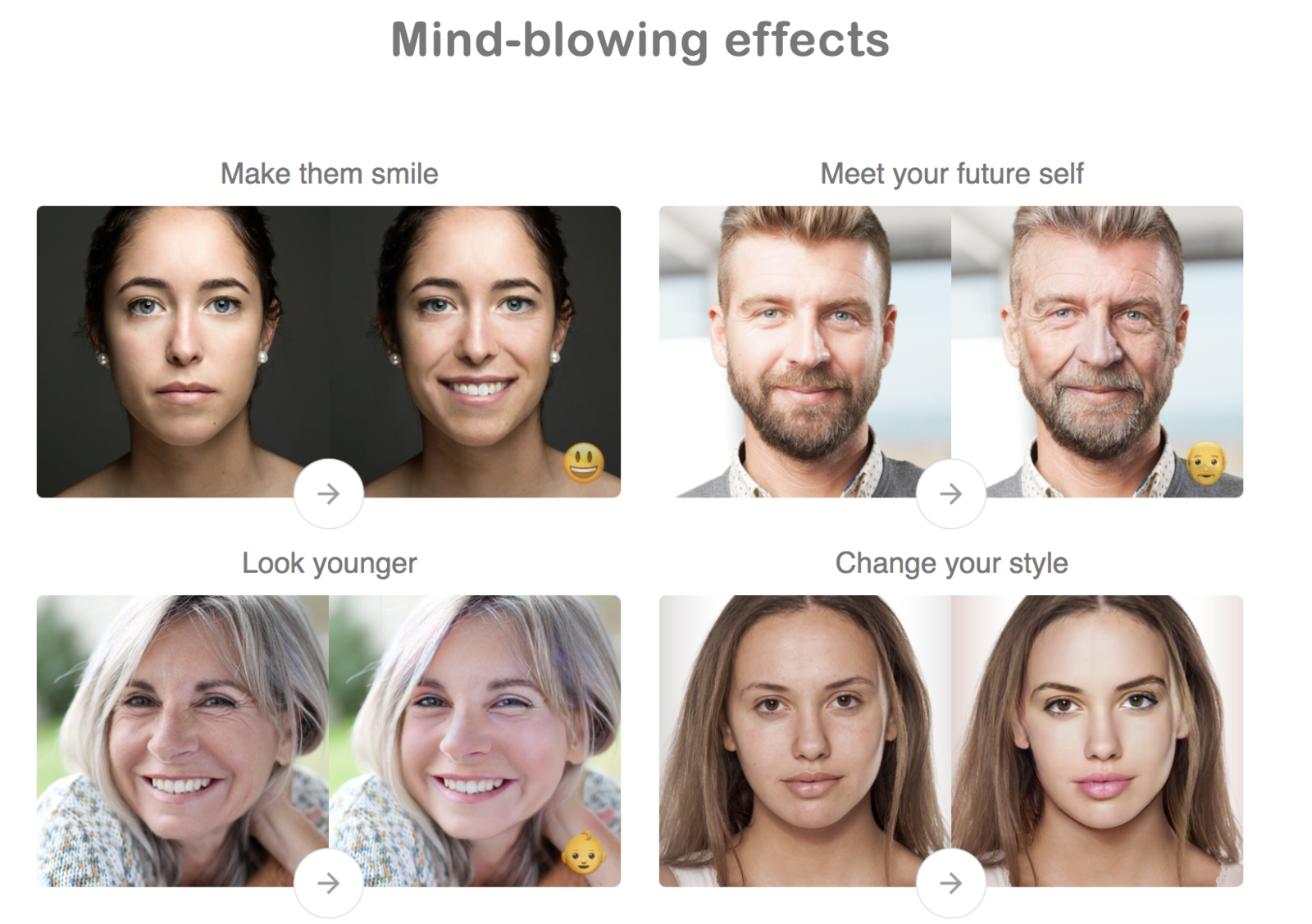 FaceApp may have caused a sensation with its filters that can drastically “age” a person in a photo, but it has also come under increasing scrutiny, particularly from Democrats who are concerned about its ties to Russia.

On Wednesday, Senate Minority Leader Chuck Schumer called on the FBI and Federal Trade Commission to investigate the data-collecting mechanisms of the Russia-based app — and if the “personal data uploaded by millions of Americans onto FaceApp may be finding its way into the hands of the Russian government.” 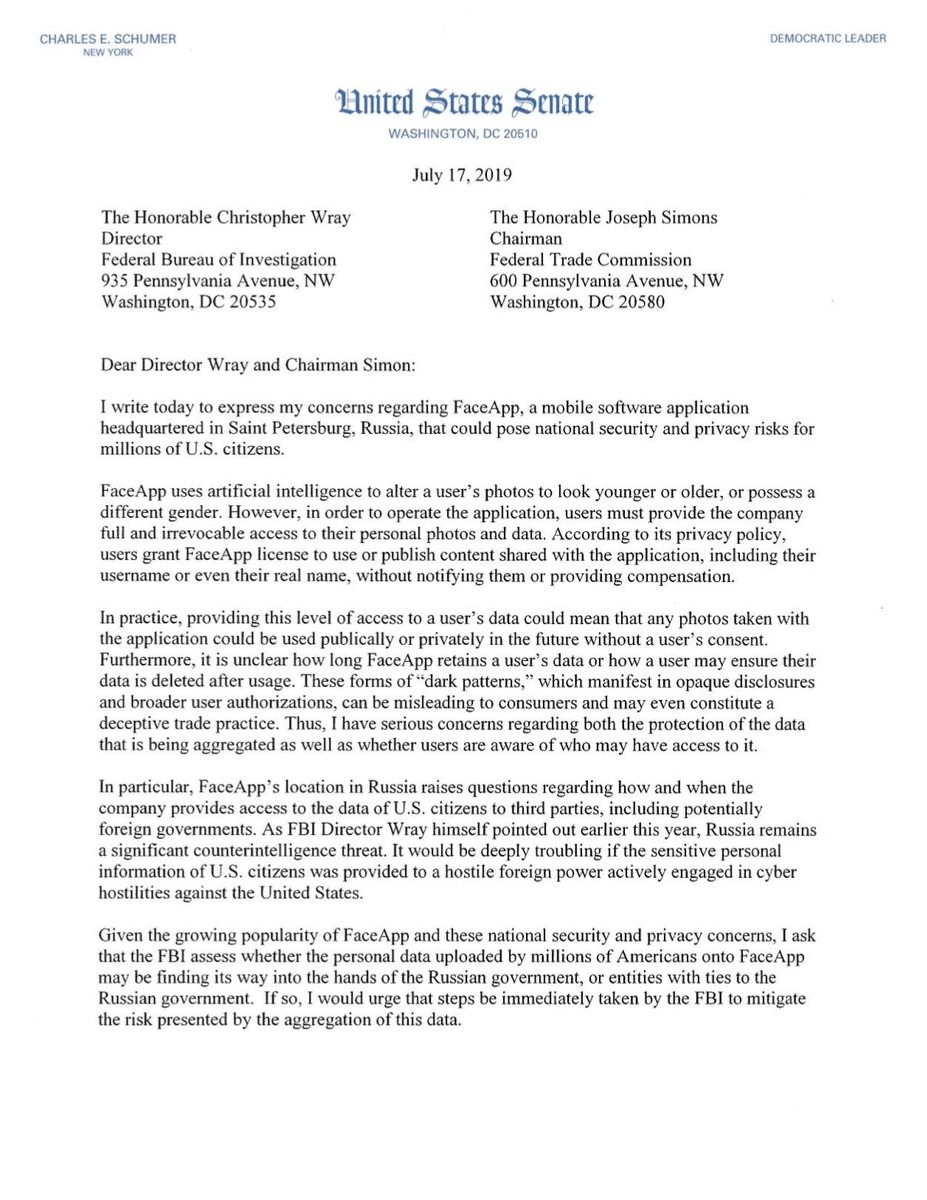 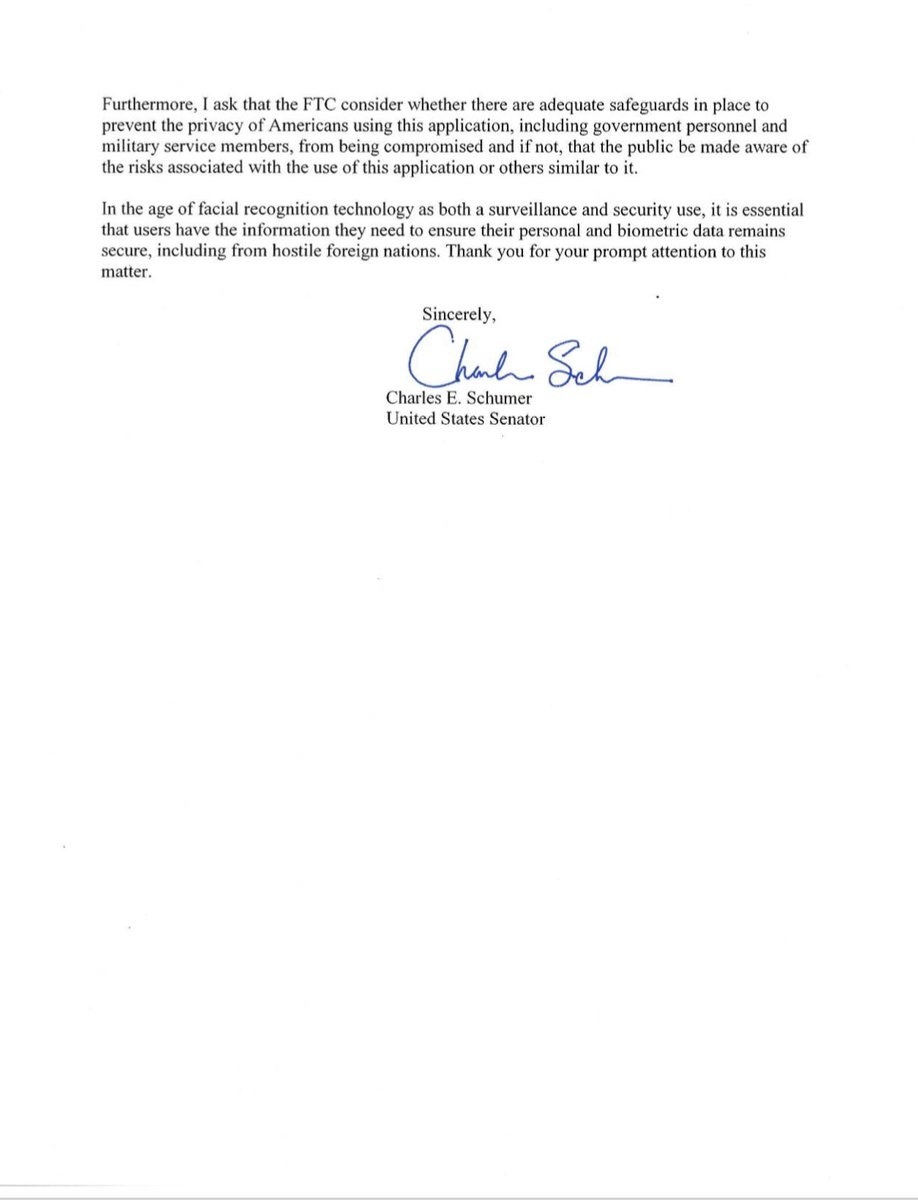 In a letter to FBI director Christopher Wray and FTC Chairman Joseph Simons, Schumer also expressed concerns that FaceApp, which is headquartered in Saint Petersburg, has “opaque disclosures” of how users consent to providing their photos and data, and how it might be weaponized against the US.

“It would be deeply troubling if the sensitive personal information of US citizens was provided to a hostile foreign power actively engaged in cyber hostilities against the United States,” he wrote. 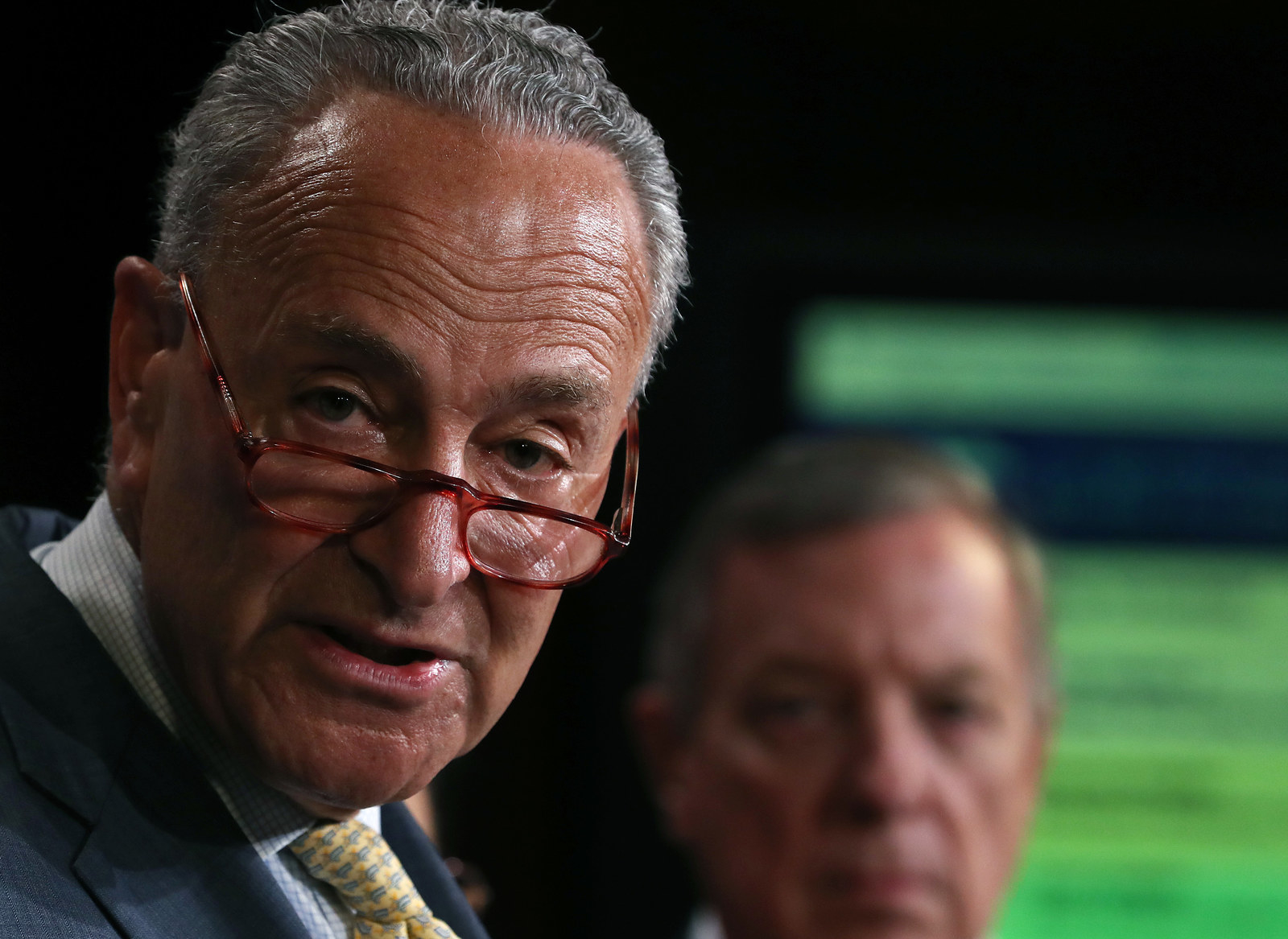 Also on Wednesday, CNN reported that the Democratic National Committee sent alerts to its 2020 presidential candidates warning them against joining the hordes of people using FaceApp to make themselves appear decades older on social media.

“Unfortunately, this novelty is not without risk: FaceApp was developed by Russians,” the DNC’s chief security officer, Bob Lord, wrote. “It’s not clear at this point what the privacy risks are, but what is clear is that the benefits of avoiding the app outweigh the risks.”

Lord also reportedly advised anyone who had downloaded the app to delete it immediately.

A representative for FaceApp did not immediately respond to a request for comment, however, in an email interview with the Washington Post, the company’s chief executive, Yaroslav Goncharov, said the app was not using faces for anything other what the app is there to do, and that most photos are deleted from servers within 48 hours of being uploaded.

Goncharov also said FaceApp doesn’t “sell or share any user data with any third parties,” and that while their engineers are based in Russia, data generated in the US is not transferred there.

Asked if Russian authorities have access to US user photos, he replied, “No.”