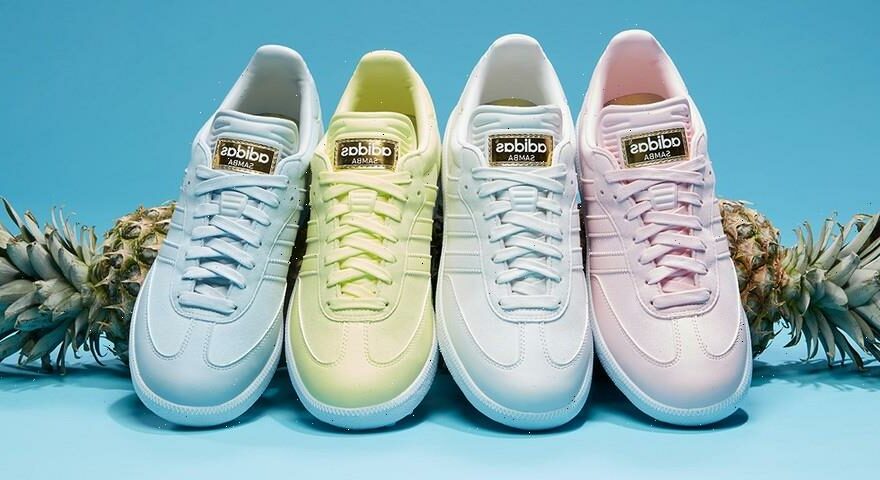 Picking up on the popularity of the shoe this past summer as a streetwear staple, adidas golf is releasing four tropical shades of the Samba Golf.

The last time that adidas released a golf version of the Samba was in 2012, and this time around the German brand has chosen to dress up one of its most iconic shoes in four pastels – pink, white, yellow, and blue – with same color laces, stripes and a glossy gold tongue tab. To finish off the look, a sockliner graphic evokes the sunset and sunrise by blending the four colors together.

While the Samba maintains the same silhouette that has made it a favorite of soccer fanatics, skateboarders and city dwellers alike, several updates have been made to ensure this minimal, flat bottomed shoe is ready to perform on the golf course. The first is added EVA cushioning in the midsole to provide added support and comfort for the torque created during the golf swing, as well as the 10,000 steps often needed to traverse 18 holes. The second is an adiwear spikeless outsole that imitates the iconic Samba pattern and simultaneously provides extra traction for the course.

The Samba Golf will be available on September 15, 2022 through the official adidas website.