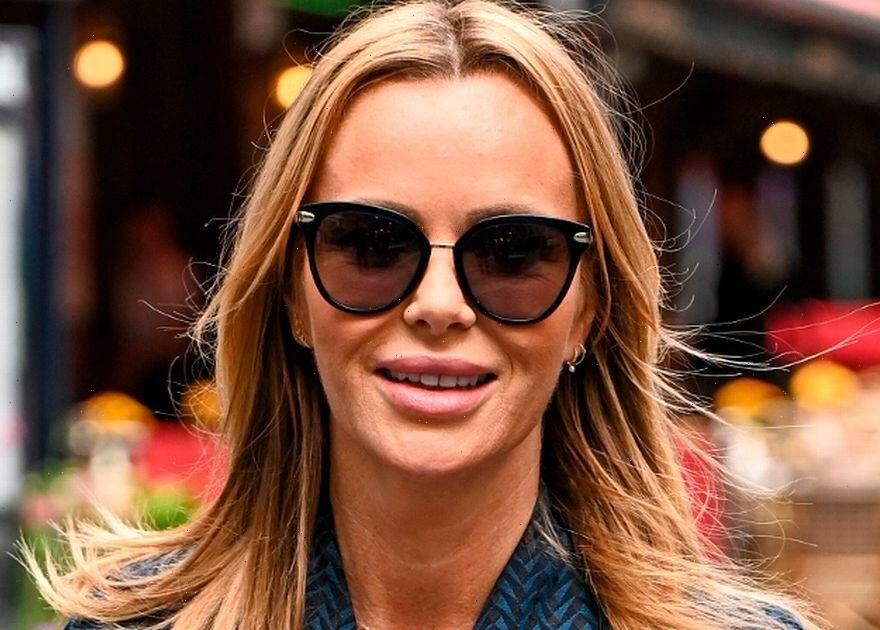 Amanda Holden commanded attention as she slipped her killer figure into a fitted suit.

The Britain's Got Talent judge, 51, looked incredible as she finished hosting duties at Heart FM in Leicester Square.

The blonde beauty looked sensational wearing the navy belted suit which cinched in at her tiny waist and emphasised her trim physique.

With her trademark locks down in loose waves, the radio host oozed chic as she strutted her stuff in the streets of London.

Amanda accessorised her smart two-piece with a pair of black pointed heels and completed her jaw-dropping look with black sunglasses and a matching handbag.

It comes shortly after she was spotted arriving at Buckingham Palace to pay her respects to the late Queen Elizabeth II.

On Thursday (September 8), Buckingham Palace announced the devastating news about the monarch’s passing at the age of 96.

After the sad news emerged, Amanda joined thousands of people as they travelled to one of her many palaces to lay flowers and emotional messages outside her walls.

The former actress opted for an elegant royal blue mid-length dress which featured a peplum hem.

Her fitted garment featured a navy-blue belt which cinched in at her waist and accentuated her hourglass figure as she walked solemnly through the streets of London.

She teamed her chic outfit with a pair of matching heeled pumps and accessorised with a slew of silver bangles which complimented her statement silver belt.

Amanda was one of many celebrities who penned a moving tribute after Buckingham Palace announced the Queen's passing.

Taking to Instagram, Amanda shared a snap of Her Majesty alongside the caption: "I think we all thought our Queen would live forever…Her grace ,good humour and indomitable spirit.. embodied everything that made Great Britain , Great . I just can’t imagine our country without her ..

She concluded the heartfelt post: "My thoughts are with her family #godsavethequeen."