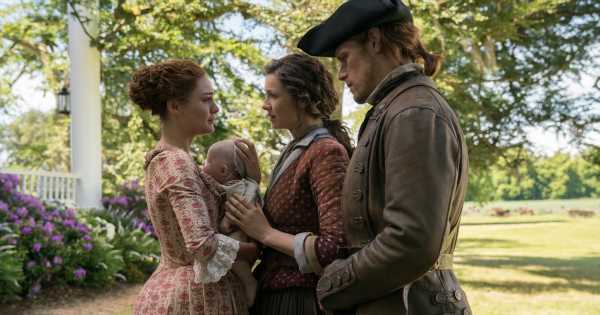 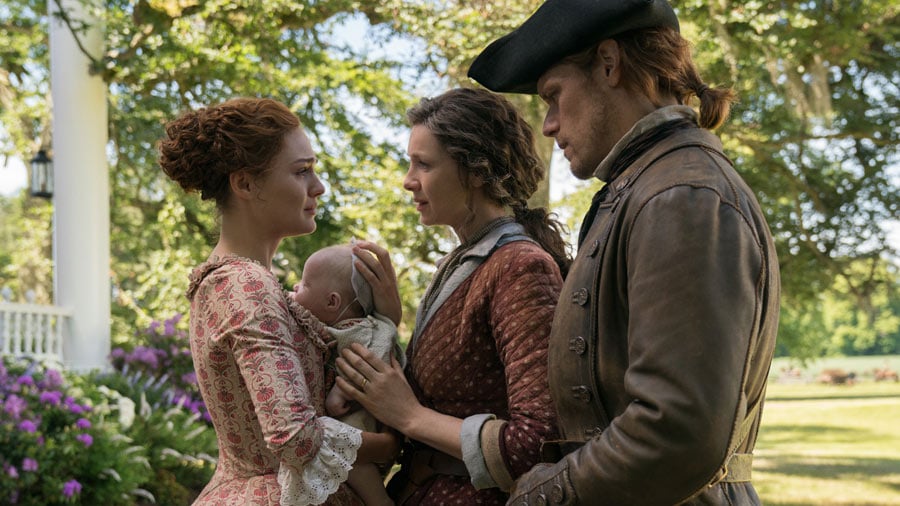 Bad news, Outlander fans — season five won’t be premiering until 2020. But the good news is that the book on which the season is based gives us all we need to know about what the season will entail. Read on to find out what you can look forward to but be warned of spoilers.

When we last left our intrepid heroes in season four, Jamie (Sam Heughan), Claire (Caitriona Balfe), Brianna (Sophie Skelton), and Roger (Richard Rankin) were at Aunt Jocasta’s (Maria Doyle Kennedy) plantation. Bree had just given birth to her son and Jamie had just been ordered by the governor to find and kill the leader of the Regulators — and wouldn’t you know it, the leader of the Regulators is none other than Jamie’s godfather, Murtagh (Duncan Lacroix).