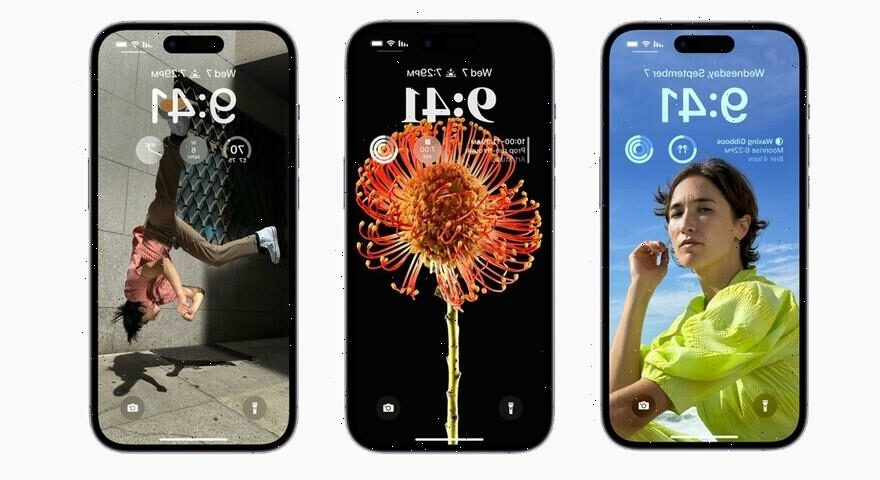 Apple has unveiled iOS 16, a free software update available beginning today for iPhone 8 and later models. Announcing the news, the company referred to iOS 16 as “the biggest update ever to the lock screen,” granting iPhone owners a more personalized experience.

While many users previously may not have given their lock screen much thought, Apple has introduced the ability to add a depth effect to their background, as well as change the font and type style with which the time is displayed.

Users will now have the option to show either a single photo as their background or a gallery that shuffles through several photos of one’s choosing. Apple is also offering its own pre-curated galleries, including a weather one that reflects the current weather conditions throughout the day. For stargazers, Apple’s astronomy gallery offers different views of the Earth, moon and solar system.

Aside from the aesthetic appearance of the lock screen, new widgets make it easier for users to quickly access information, such as alarms, time zones, calendar events and more. Notifications will show up at the bottom of the lock screen in either an expanded list, a stack or as a count view based on a user’s preferences.

Apple has additionally given iPhone owners more ways to interact with one another in iMessage. Users can use iMessage to sync content such as movies or music via SharePlay. The tool can also be utilized for work collaboration, enabling users to share files with everyone in an iMessage thread, automatically giving them access to documents. From there, file activity updates will pop up at the top of the thread.

Other features in iOS 16 include a new “Focus” mode, live text enhancements and improved Safari security. Those interested in seeing all the new additions to the iPhone through iOS 16 can check out Apple’s official announcement.