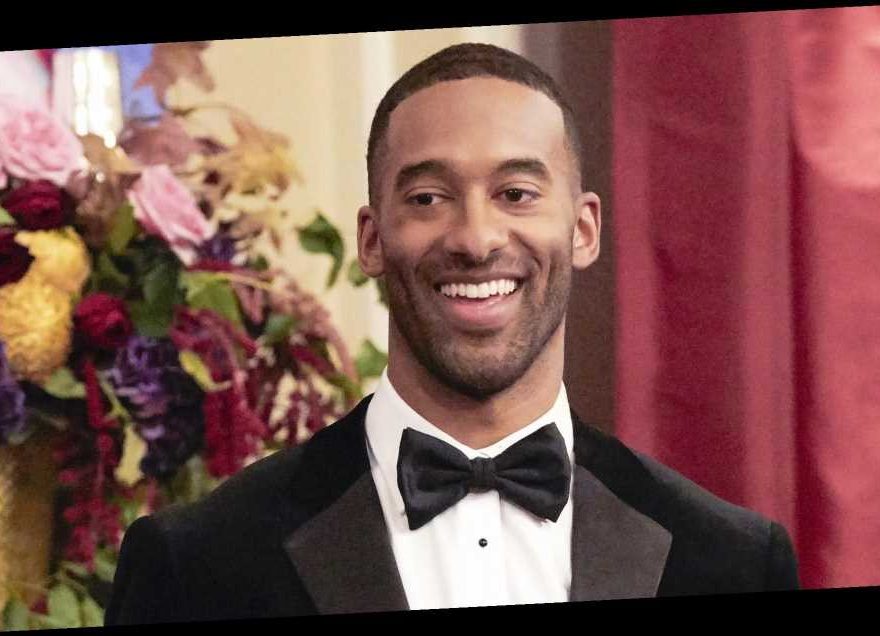 Cringe alert! Matt James’ contestants may be smitten with the season 25 Bachelor, but Bachelor Nation has some questions about the lead’s kissing skills.

Inside The Bachelor’s Resort

During the Monday, January 11, episode of the ABC series, fans took to Twitter to point out that the 29-year-old Wake Forest alum kisses with his eyes open.

“YOOOOO WHY ARE UR EYES OPEN BRO #Bachelor #TheBachelor #bachelorabc,” one fan wrote alongside a photo of Matt and contestant Lauren Maddox after she scored the group date rose.

The topic caught the attention of Matt’s best friend Tyler Cameron, who replied on Tuesday, January 12.

“Ayyyyoooo @mattjames919 what we got going on over here,” Tyler tweeted alongside the fan’s screenshot from the episode. The Bachelorette season 15 alum added a series of laughing emojis.

Matt quipped back, “Gotta make sure no one sneaking up on us! When your eyes are closed … ANYTHING can happen! It’s for both of our protection.”

ABC named the former football player the season 25 lead in June 2020 after he was originally cast for Clare Crawley’s season of The Bachelorette. Matt previously revealed that Tyler’s late mom nominated him for the show.

“I think she saw everything that it did for Tyler and the way that he had changed as a man, and me being his roommate and being one of her sons, I think that she wanted something like that for myself,” he told Entertainment Tonight.

ABC’s decision to make Matt the Bachelor made him unavailable for season 16 of The Bachelorette. Chris Harrison previously opened up to Us Weekly about how it’s different to film the show with a lead who has never filmed the reality show before.

“There are some wonderful things to the naïveté and innocence to just coming in,” he told Us in November 2020. “But then there are little things that we had to really stop, and you know, [it’s] night one and he doesn’t know what to do. Because he never came up to the mansion before, he never went to a rose ceremony. He doesn’t even know how to get a rose or give a rose. So, he doesn’t know the vernacular, he doesn’t know what I’m going to do. We really had to walk him through and teach him; it was Bachelor 101. And it was trial by fire.”

Matt James and Tyler Cameron’s Bromance Through the Years: Photos

The host added that he had a “rude awakening” while filming the series.

“He is a different man than when he came to us in and he got really a crash course because he didn’t get the few steps of being on the show,” Harrison said. ”He really just ripped the Band-Aid off and sometimes that hurts a little bit. So, I think he had a bit of a rude awakening of the man he is, the way he loves [and] what love means to him. It really is an amazing journey you’re going to take with Matt, not just as the Bachelor but also as this man who realizes, ‘Wow, OK, this is love and this is what it means and I’m really here to find this.’”

The Bachelor airs on ABC Mondays at 8 p.m. ET.