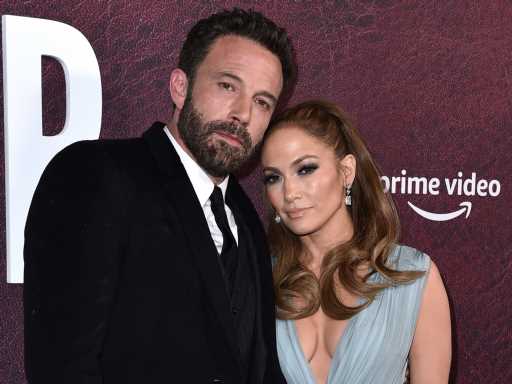 The Ben Affleck and Jennifer Lopez reunion that has dominated the headlines in 2021 almost didn’t happen. The Tender Bar actor admitted that he almost stopped himself from going there because he had a lot of safety concerns that didn’t exist when they dated the first time around.

He revealed to Howard Stern on his SiriusXM show that he weighed the pros and cons of Bennifer 2.0 because there were now three children, daughters Violet, 16, and Seraphina, 12, and son Samuel, 9, from his marriage to Jennifer Garner, in the equation. “It crossed my mind for sure. My responsibility to my children is the highest responsibility,” he said. “I don’t want to do anything that is painful or destructive to them if I can help it.” And now that they were getting older, there were going to be even greater paparazzi and tabloid issues than there already were in their young lives. They are at an age where Affleck’s “life affects them.”

So the Oscar winner had to make a huge decision before he dove in head first with Lopez again. “Me and their mom are celebrities,” he explained. “That is hard. That is a cross to bear.” As we know now, he and J.Lo decided that the benefits outweighed the risks and they’ve been inseparable ever since he was first sighted being dropped off at her house in her SUV. Of course, he’s already teased us with the fact that their reunion is “a great story” and that he hopes to one day write it all down and share it (maybe).

“I can say that it’s definitely beautiful to me. And, you know, one of the things I really value across all facets of my life now is that it was handled in a way that reflected that,” he revealed to WSJ Magazine. “My life now reflects not just the person that I want to be, but the person that I really feel like I am—which is not perfect, but somebody who tries very hard and cares very much about being honest and authentic and accountable.” That sounds like true love to us — and it shows how much thought he put into dating Lopez all over again.

Before you go, click here to see a complete timeline of Ben Affleck and Jennifer Lopez’s relationship.