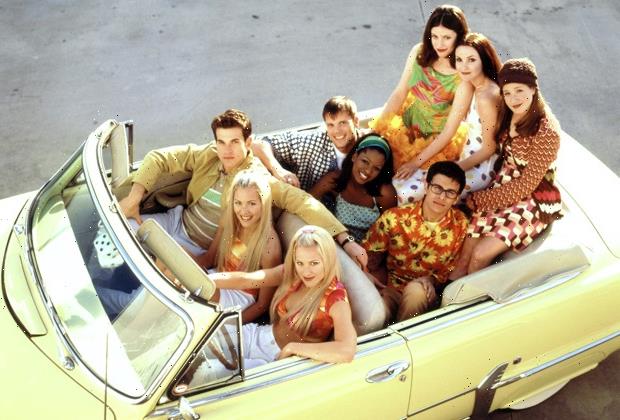 The CW may soon enroll at Sweet Valley High.

Gossip Girl: What Reboot Has Revealed About OGs

The network is developing a new adaptation of the popular YA book series by Francine Pascal, with Gossip Girl‘s Josh Schwartz and Stephanie Savage set to executive-produce, Deadline reports.

The pilot script is being penned by Gossip Girl reboot scribe/producer Ashley Wigfield — who, yes, is sister of Tracey Wigfield, showrunner of Peacock’s Saved by the Bell revival. The logline for the potential series reads as follows:

Sweet Valley is the town everyone dreams of growing up in. And there’s no better example of that promise than Elizabeth Wakefield. But when her missing twin sister Jessica miraculously returns, it reignites a lifelong rivalry. It falls to new girl Enid Ruiz to discover that someone (or something) is pulling all the strings, but can she convince the twins that putting their personal war aside is the only way to drag Sweet Valley’s dark roots into the California sunshine?

The Sweet Valley High book series spawned 181 releases between 1983 and 2003. A previous small-screen adaptation starring real-life twins Brittany and Cynthia Daniel ran for three seasons in syndication from 1994 to 1997, before relocating to the now-defunct UPN for its fourth and final season.

A film adaptation was previously in development, with Diablo Cody attached to write the feature-length script.

In addition to Sweet Valley High, Schwartz and Savage are executive producers on The CW’s Dynasty, Nancy Drew and its upcoming Tom Swift offshoot, as well as the above-mentioned Gossip Girl reboot for HBO Max and the recently ordered City on Fire adaptation for Apple TV+. Wigfield, meanwhile, has also worked with the Fake Empire duo on Hulu’s Looking for Alaska and Marvel’s Runaways.

Are you intrigued by this latest (potential) adaptation of Sweet Valley High? Sound off in Comments.