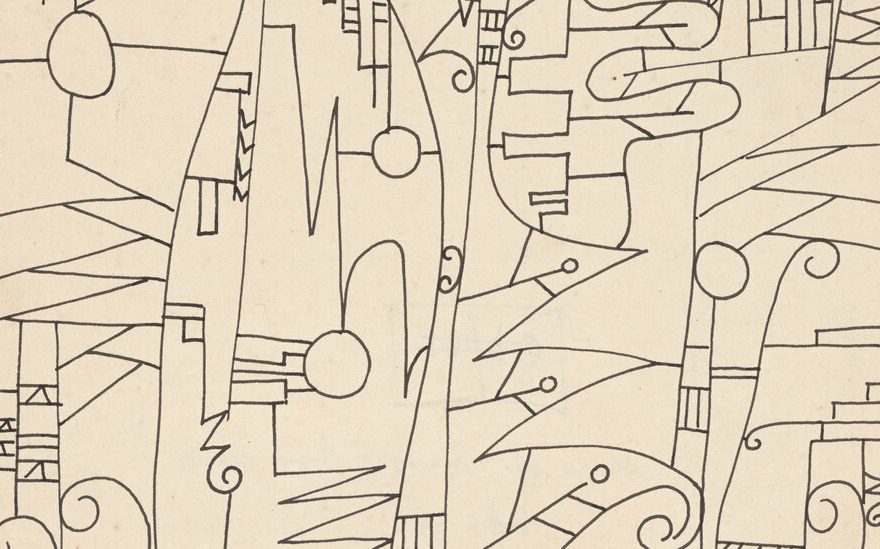 As exhibitions go, “Degree Zero: Drawing at Midcentury” at the Museum of Modern Art is a relatively modest undertaking. After all, it is simply a show of 79 drawings from the museum’s permanent collection, a kind of potpourri if you will. But it is also an ambitious effort — selected and installed with great care by Samantha Friedman, an associate curator of drawings and prints. You sense a fresh point of view almost as soon as you enter the gallery.

The show focuses on the 1950s, and seeks to challenge the traditional view of the decade primarily as a period when the Abstract Expressionists emerged, precipitating the so-called triumph of American painting. It couldn’t happen at a better place, since MoMA was central to constructing this blinkered view.

“Degree Zero” recasts the 1950s as a time when many artists in different parts of the world approached art with an experimental attitude. Reeling in the aftermath of World War II, they felt compelled to begin again, from degree zero. The drawings, sketchbooks and music and dance scores in the show tend toward stripped down, more or less abstract and usually black and white. The effect is less austere than sparkling. Diversity helps: Each work seems to stand out, crisp and assertive in its own way. 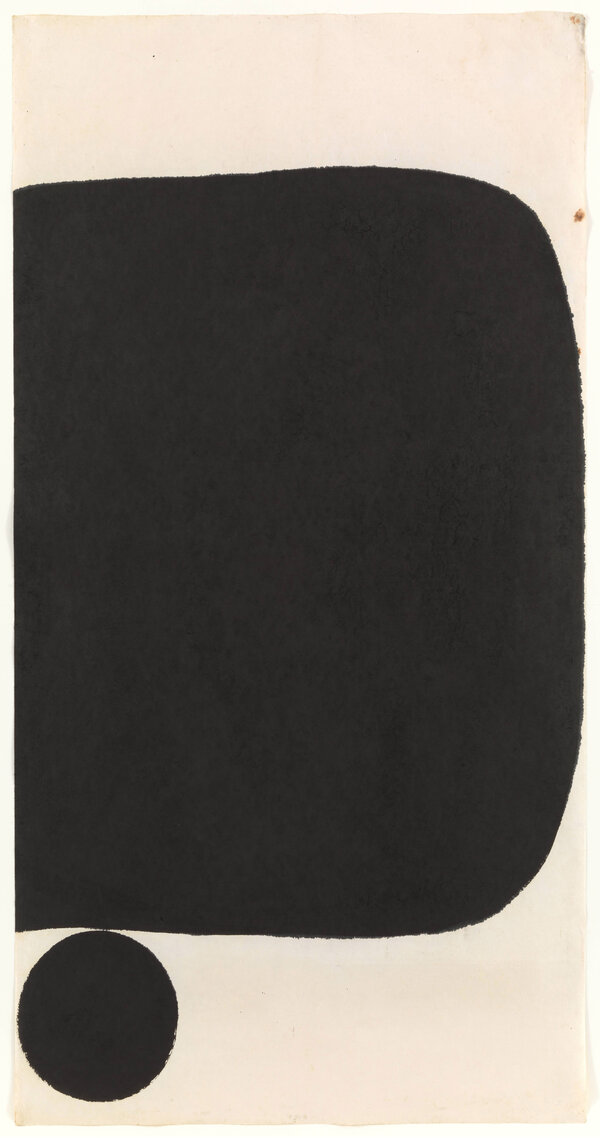 You may get stuck, as I did, trying to figure out who made the large, vibrant ink drawing on the show’s first wall. A prominent black rectangle with two rounded corners poised on a fat dot suggests a cartoon truck backing into the frame, its bulk enhanced by a dense surface unusual for ink. It’s by the mystical Conceptual-performance artist James Lee Byars, made in 1959 at the start of a decade spent in Japan. Suddenly it becomes a partial view of a giant calligraphy, at once witty and dignified.

Next, magnificent drawings by Louise Bourgeois and especially Willys de Castro foretell swerves in style from the organic to the geometric and back. Then two smaller, more linear pieces — Jean Dubuffet’s 1951 humorous ink “Landscape” and Dick Higgins’s 1960 maplike script for a performance — imply that images, language and gesture will subvert pure abstraction and that Jackson Pollock’s vaunted allover compositions will have plenty of company. You may think back to the Higgins in the show’s final gallery, in front of “Music for Electric Metronome” (1960) by the composer Toshi Ichiyanagi, which has a similar cartographical energy.

There are other less than familiar sights: drawings that MoMA acquired in the 1950s but has seldom exhibited, and others that it has acquired since, some quite recently. One standout among several works that entered the collection last year is an untitled pastel from around 1955 by the singular Beauford Delaney. Its circling reds, oranges and lavenders coalesce into a hazy glow that is both multicolored and almost monochromatic. It complements the expansive marshaling of yellows and greens in his great “Composition 16” (1954-56), a painting that MoMA acquired in 2012.

Only half of the 58 artists in the show are American. The rest are from Europe, South America, Japan and Africa, which is represented by a single artist, Uche Okeke of Nigeria, an important figure in the development of post-colonial modernism and a master of line. Two of the six drawings that MoMA acquired in 2015 are here: vivacious jigsaw fields of straight and curling lines titled “Design for Iron Work I” and “Design for Iron Work II,” both 1959, ink on paper that reflect Okeke’s Igbo heritage, as well as his familiarity with Western modernism. They are Okeke’s version of Igbo Uli designs, linear configurations typically reserved for body decorations and wall murals and executed by women.

While Okeke’s drawings show the museum playing catch-up and widening its focus, works acquired in the 1950s and ’60s indicate that, to its credit, it tried to attend to developments outside the Euro-American canon in real time, as a hedge against weak judgment, changing taste and reconsidered missions. In the mid-1950s it acquired calligraphic abstractions by several Japanese artists — including Morita Yasuji and Osawa Gakyu — virtually when they were made.

In contrast a more nihilistic work made in 1954 by another Japanese artist was not acquired until 2012. That is Saburo Murakami’s “Work Painted by Throwing a Ball (Tokyu kaiga),” a large sheet of white paper disturbed only by a single black, somewhat irregular orb of paint.

Other unfamiliar works include three small drawings made in 1950-52 by the self-taught Korean artist Joong Seop Lee (1916-1956), who incised and painted metal foil-backed paper from cigarette packs with teeming images, including a subway car filled with passengers intently reading their newspapers. They were given to the museum as a group in 1956 by a one-time donor named Arthur McTaggart, a foreign affairs officer who was stationed in South Korea and retired there.

At the time of McTaggart’s gift, the museum’s interest in art by the self-taught was waning. Its recent revival is evidenced, on the same wall, by a monumental (six and a half feet tall) pencil and watercolor drawing by Martín Ramírez, the great Mexican outsider, acquired in 2010. Across the top, one of his signature cruise-ship-like locomotives travels between the mouths of two tunnels; below, railroad tracks descend the remaining length of the paper, between shoulders of radiating lines. The repeating lines and columns conjure the rhythmic sounds and passing sights of a speeding train.

The greatest generation is not entirely absent: Pollock, Willem de Kooning, David Smith and Franz Kline are on hand, but they’re just part of the mix. More important, their ranks are expanded with the addition of significant works by women, especially a tough untitled oil on paper from 1957 by Joan Mitchell and “New City” of 1953, by the long-neglected Dorothy Dehner, who was married briefly to Smith. One of the show’s stars, this marvelous ink and watercolor drawing features an intricate network — a kind of craquelure of flagstones — spreading out from a core of soft translucent color.

Another denizen of the 1950s with a rising profile today is Sari Dienes. In 1953 she began making rubbings of manhole covers, subway grates and other urban features, sometimes assisted by her friend Jasper Johns. Johns later said that his paintings of American flags and targets, which he started making in 1954, represented “things the mind already knows,” which Dienes’s rubbings did as well, and maybe first. Dienes’s “Tomb” from around 1953-54 is a rubbing of a tombstone above a small fabric flag, given to MoMA by the artist’s foundation in 1999. Full disclosure: I initially mistook it for one of David Hammons’s body prints currently on view at the Drawing Center (through May 23).

Art may be long, but it is also extremely broad and varied — more than any single narrative can encompass. This smart show provides a new sense of art’s irrepressible breadth at a museum that is expanding its vistas, including some that were built into the collection more than half a century ago.