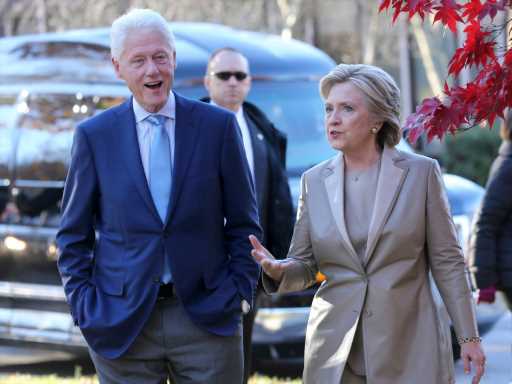 Bill Clinton’s ex-aide Doug Band was by the former president’s side for his final years in office and for many years that followed, advising him as a counselor and playing a major role in his day-to-day roles. Come 2020, however, Clinton and Band have long since fallen out, and the former aide is talking to Vanity Fair about the experience of leaving the Clinton bubble and how his longtime tenure with the former POTUS finally imploded. The heated conversation that may have ended it all? Band confronting Bill Clinton over his longtime cheating on Hillary Clinton, telling him to divorce her and move on if he couldn’t give up dating other women.

Vanity Fair‘s Gabriel Sherman details the beginning of the end for Band and the Clintons, when Band believed former first daughter Chelsea Clinton was attempting to have him investigated.

“Band told Clinton that he believed he was allowing Chelsea to destroy Band’s reputation because, deep down, Clinton was guilty for the pain his infidelities had caused the family,” Sherman writes. “Then Band said the unsayable: If Clinton wanted to have girlfriends, he should divorce Hillary and move on with his life. Band later told friends he said it was the honorable and right thing to do.”

“Clinton listened in cold silence, biting his lower lip,” Sherman recounts. “Band’s relationship with his mentor never was the same after the trip.”

Of course, we’re sure Band wasn’t the only person to ever confront Bill to his face about his infidelity. But it does seem exceptionally rare for a right-hand man to counsel his boss on extramarital affairs (can you picture Michael Cohen turning to Donald Trump with similar advice?). If Band wanted to go out with a bang, he certainly achieved his goal.

Before you go, click here to see presidential family photos from over the years.