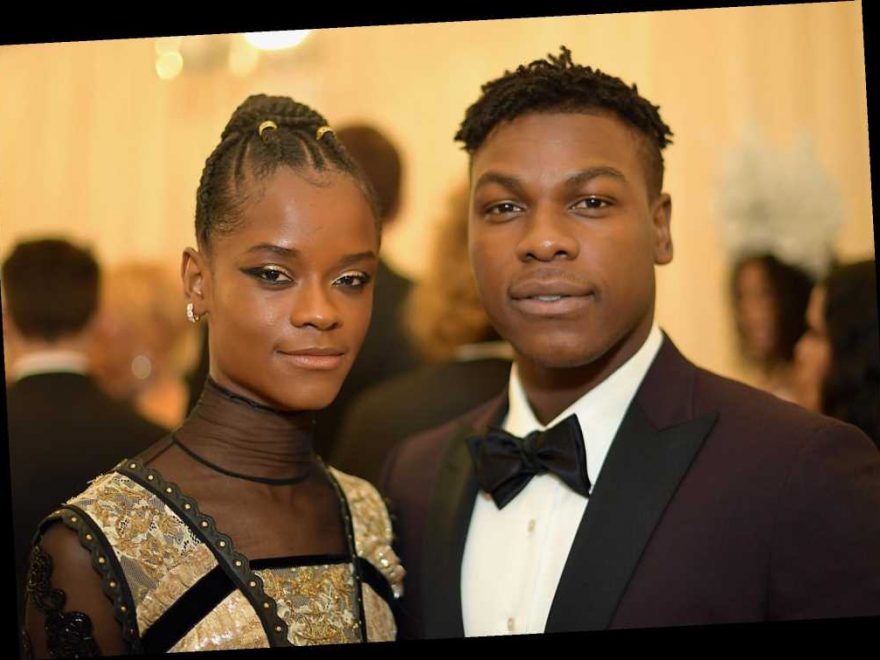 John Boyega and Letitia Wright have a lot more in common than you might expect.

In addition to having buzz-worthy acting careers, including scene-stealing roles in franchise films (Star Wars and Black Panther), they both grew up in London in immigrant families:Boyega’s parents are from Nigeria and Wright’s are from Guyana.

The pair been close friends for 10 years, ever since meeting at London's Identity School of Acting and bonding over intense post-class conversations at McDonald's.

"Classes weren’t enough time with each other," Boyega, 28, says of Wright, 27, whom he affectionately calls "Tish." "I remember speaking at McDonald's about a lot of things. It was like a motivational session after each class."

Wright says the first thing she noticed about Boyega at the time was his swagger. "He had this swagger walking into classes," she tells PEOPLE in the latest issue. "He had just finished [his breakout film] Attack the Block, or the trailer hit or something of the sort. After class we’d meet up to discuss life, the future and just inspiring each other."

Adds Boyega: "I remember Tish being about it—about the art, about conversations, being in the heat of what was going on socially. I remember, you were chill, man. You haven’t changed. We always have life-changing conversations."

“There was joy in the research, but a lot of pain,” says Wright about her prep work and research for the role, which included meeting the woman she plays, biochemist and former Black Panther Altheia Jones-LeCointe.

"She is amazing," Wright says. "Learning who she was as a person, fighting for equality while still juggling a biochemistry degree and family. She reiterated to me the importance of self-love as a young Black woman, not being ashamed of representing your culture. She has a lot to do with some changes I’ve made in my own life."

"He has done so much work where I grew up in South London," says Boyega. "I am very much a product of some of his hard work in the community. Meeting him had a big impact." Both Wright and Boyega are passionate about using their voices and their respective platforms to help advocate for change. Boyega recently spoke out about feeling like his Star Wars character was marginalized because of race and hopes others follow suit.

"I think it's very important to do so," he says. "I don’t see it as a burden, I see it as a new dawn, a new day. Cinema, streaming, they need new stories. They need new perspective. As [Star Wars’] Finn, as all these [Black] characters, we want to benefit from the same lucrative moments that you give Chris Evans and Chris Hemsworth. If you limit those moments, you’re ruining the characters’ value."

Wright adds that she is focused on projects that are meaningful to her and "make her spirit happy."

"I'm learning about the power of saying no and being very purposeful about the projects I want to do," she says. "If I'm going to ask you to go and spend that £10, that $15 on a cinema ticket or £10 on a subscription to Amazon or whatever it is, I want them to be worth your while."

Mangrove is now streaming on Amazon Prime Video. Red White and Blue is available to stream on the platform Dec. 4.